Martin Armstrong, the boss of The GHA and of its housing empire, The Wheatley Group, has just announced his early retirement. Having taken issue with his rent rise regime and the absurd salary it funds, Living Rent ensured Martin Armstrong became the story around Glasgow and across central Scotland - bad news for a reclusive boss who doesn't give many interviews. Indeed The GHA became so paranoid about this publicly available information becoming more widely known, they ordered every low paid janitor in their organisation to immediately remove all mention of it - many of those low paid janitors are themselves GHA tenants, making this more absurd.  -- So now that he is to go we want to give him the send off he deserves. Come along and let the GHA know what you think of the old boss, and what we must see from the next boss. 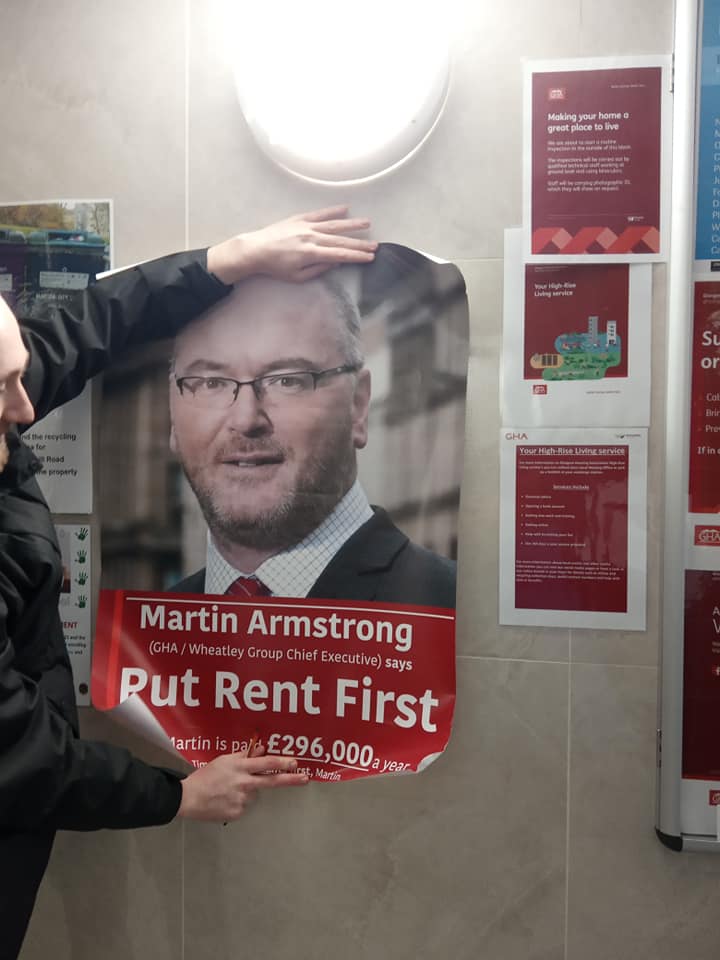 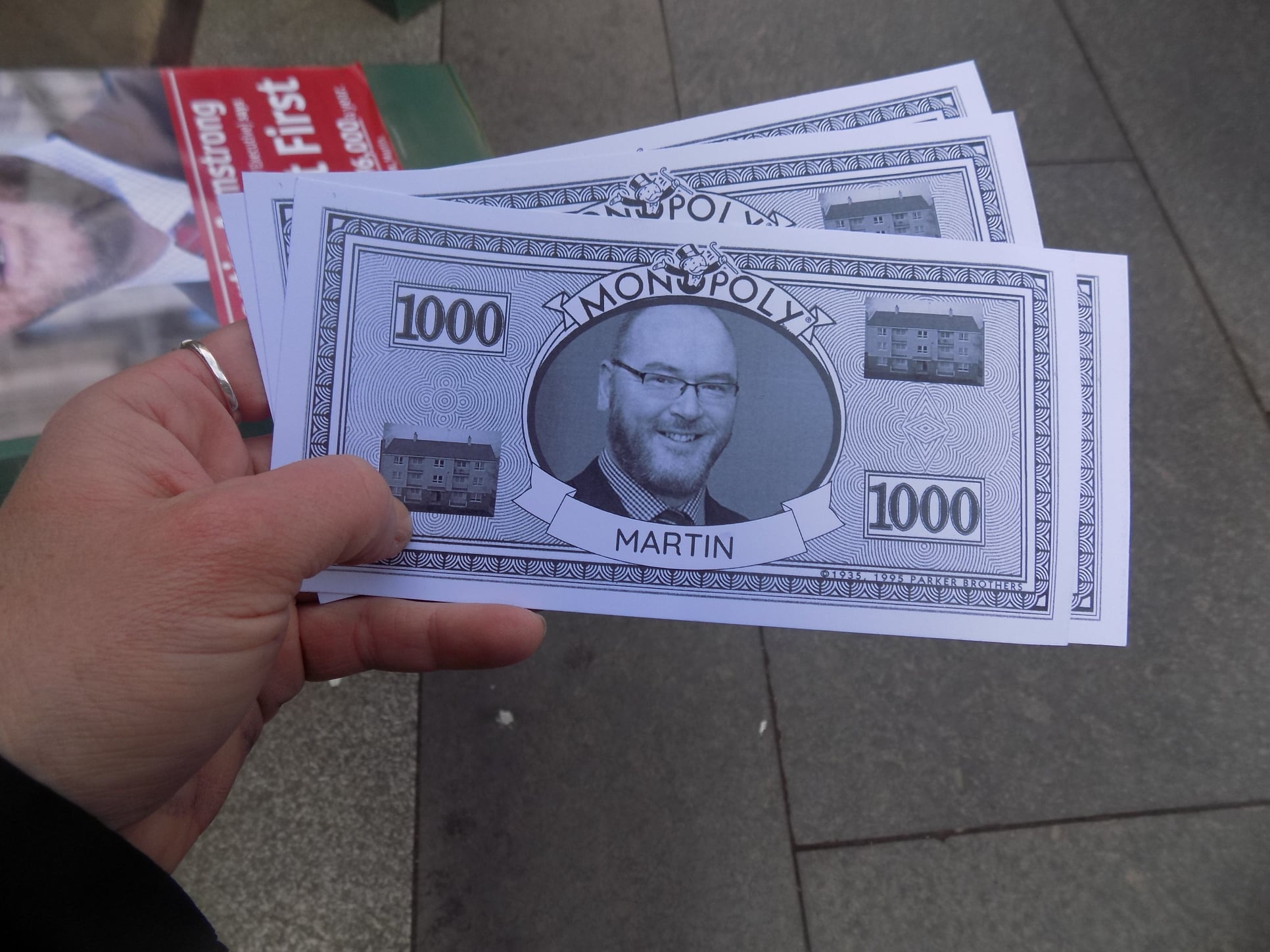 Having led the stock transfer spawn of Glasgow's Council Housing to a position where in its fur coat and nae knickers corporate rebrand as the GHA it can now access private finances unheard of in other Housings, Armstrong became one of the most highly paid public officials in the world.

As he jacked up tenants rents by a further 1.7% at the very height of the Covid pandemic (while other Housings made solidarity with their struggling tenants by implementing rent freezes), Armstrong paid himself £296,000 a year, with an extra £50,000 a year towards his own pension. For reference this is more than Joe Biden is paid as President of the USA, more than Ursula von der Leyen is paid to head up the European Commission, and more than António Guterres is paid as Secretary General of the United Nations, and nearly twice as much as the First Minister, Nicola Sturgeon.

Let's not kid ourselves that "Big Martin" as he is known among GHA executives bore more responsibility than any of those public officials.  What makes that all the more galling is that since it was hived off from Glasgow City Council the GHA has annually raised its rents above the rate of inflation. It's those rising rents that have funded the outgoing boss' gold plated pension, while tenants (whose repairs and investments were cancelled during the midst of the pandemic) have had to fight just to get potentially life saving cleansing reinstated.

So come along with a polite but firm message you'd like to share with the GHA, and let's say 'cheerio' to the old boss, "Big Martin" Armstrong, and let's demand better from the GHA.  Tenants expect accountable leadership in future.  The GHA is not the United Nations, or the USA, or the European Commission.  It's not the heights of the Scottish Government either.  Obscene salaries should have no place in public housing. 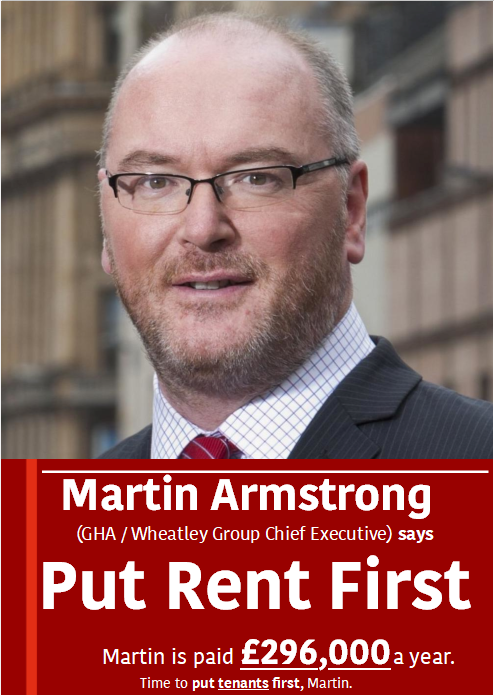