The promise comes after intensive campaigning in the area against sky high rents and the state of disrepair in many properties. Living Rent members at 7 Inchholm Street proved that rents of around £614pm were excessive and abnormal when compared to other properties in the area and across the country.

Upon reading that the average rent for a 3 bedroom flat with Partick Housing was only around £315pm, and the Scottish average even less at £295pm, Living Rent members Linda and Joe Connon set out to lower not only their own rent, but win a reduction for everyone in their block.

They quickly organised every flat in the block at 7 Incholm Street, getting residents to display a poster in support of their union and coordinating a massive banner drop and street meeting to discuss what could be done. 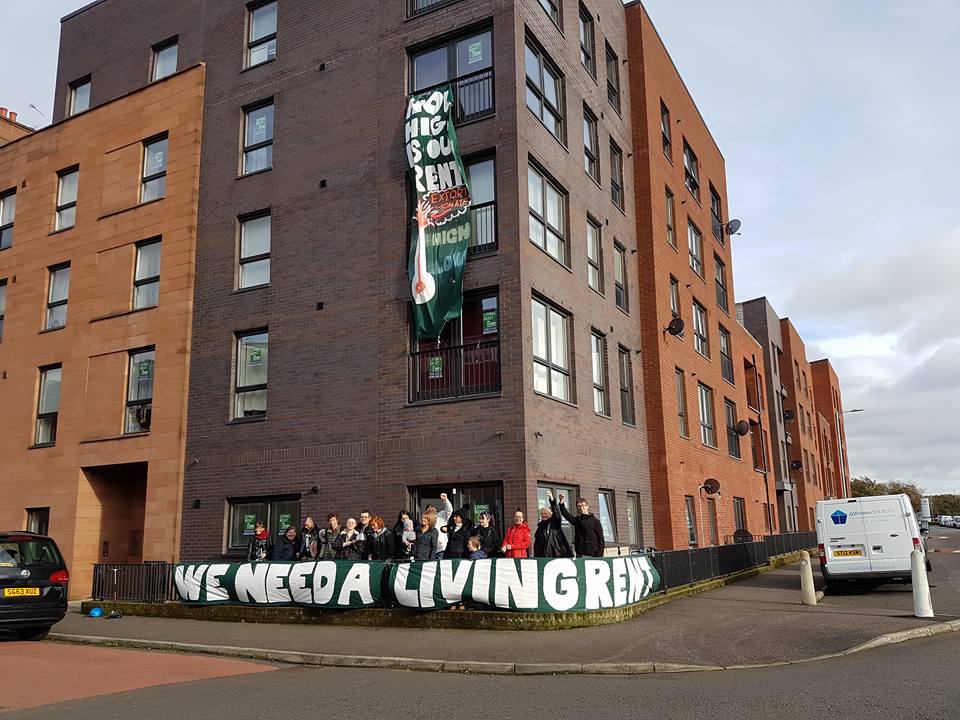 From there, they chapped on hundreds of doors across Partick to try and find out how many other people were faced with the same extortionate rent levels. A shocking trend was quickly discovered in the rising cost of rent. The evidence gathered was the proof needed to show that the rent in their block was excessive and abnormal. 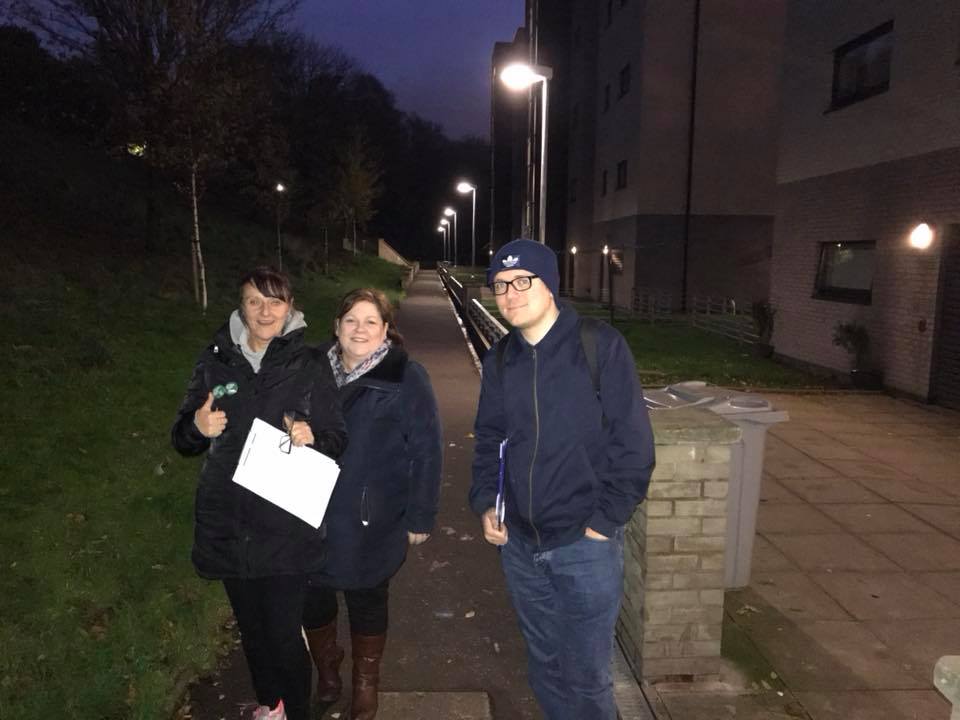 During this time they themselves were issued a letter informing them that their rent would be increasing again, this time by a huge £18.42pm month!

Action was needed before the ever-spiralling costs forced many people out of the area, or indeed into homelessness. Using the evidence gathered from across Partick, our union members then delivered a letter requesting a meeting with Partick Housing Association to discuss and present their findings. 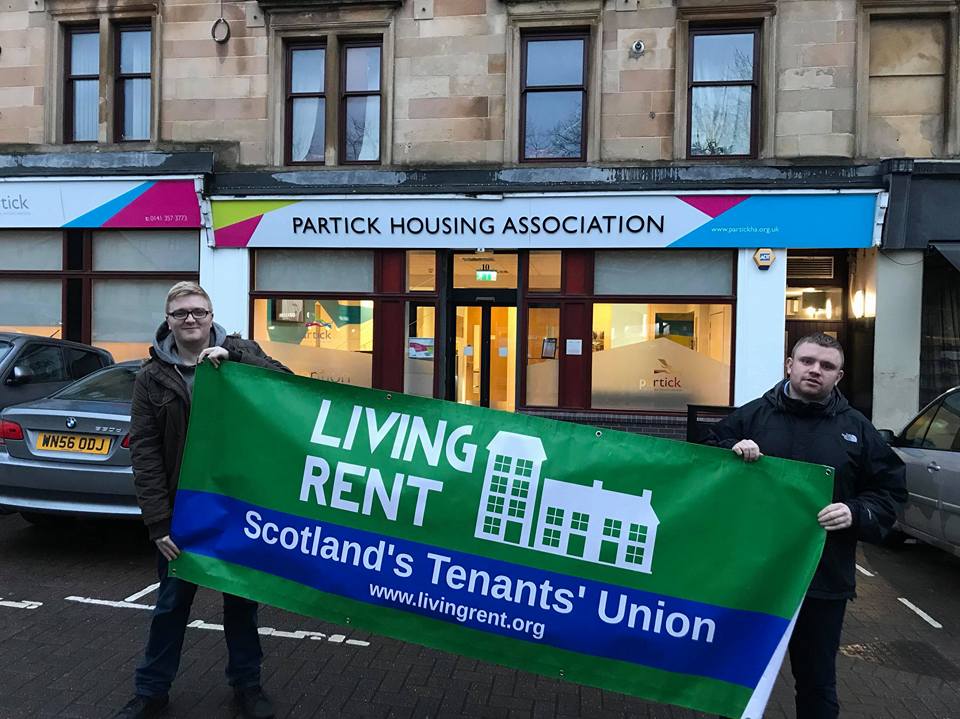 Partick Housing Association not only agreed to meet with Living Rent but announced that they had been aware of the union’s work in the area, and would be changing the way in which they set the cost of rent for each of their properties.

No longer would properties which have stood for many years continue to be slapped with a ‘new build levy’, their pricing matrix would be changing to bring these properties down to the level of others in the area. Leading to promises massive rent reductions that could mean tenants paying over £100 less per month. This alone was a massive victory for tenants of the block but Linda persevered and managed to win extensive repairs for the full block within weeks of this initial meeting. 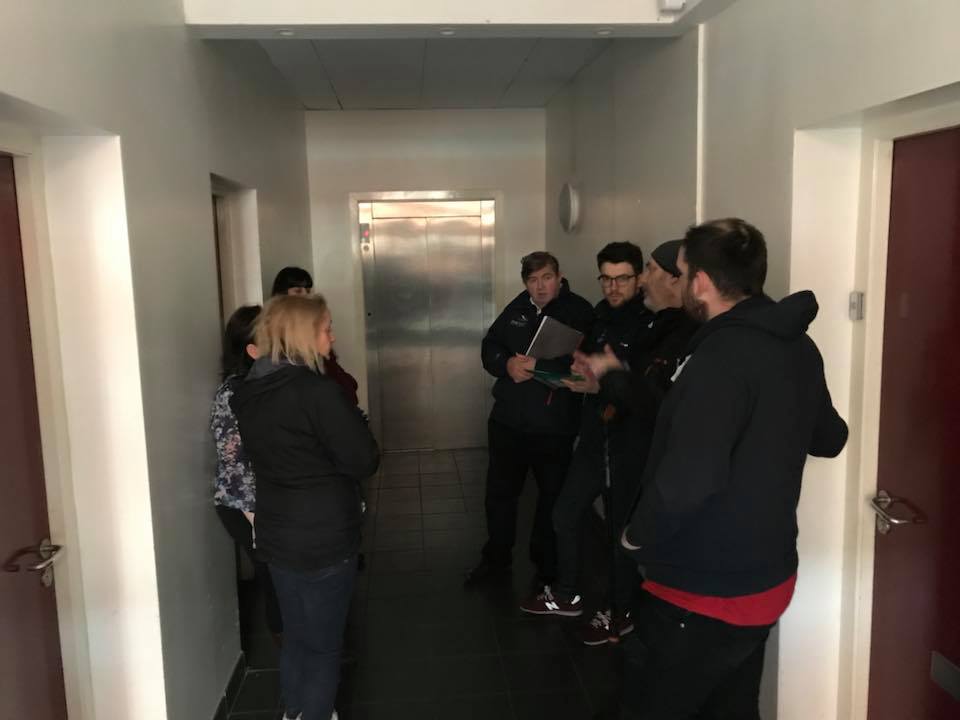 The changes are due to be announced in February 2018 and come into effect in April of the same year. Many tenants in properties within Partick Housing Association are still expecting to face a rent increase of around 3%. We encourage all those struggling to keep up with ever increasing costs to join Living Rent and fight for a better deal.

The example set by Linda and Joe demonstrates the power tenants have when organised. The union is already forcing landlords and housing associations in Glasgow to recognise our presence and respond to collective demands. The devastating effects of rising rent and poor housing conditions have for too long been ignored, or blamed on the failures of tenants themselves. Living Rent is winning victories every week, shifting responsibility for the crisis back onto those who see a house as an investment opportunity, not a home. Street by street, block by block, Scotland’s tenants’ union is winning victories and fighting for decent, affordable housing for all.  Join today! 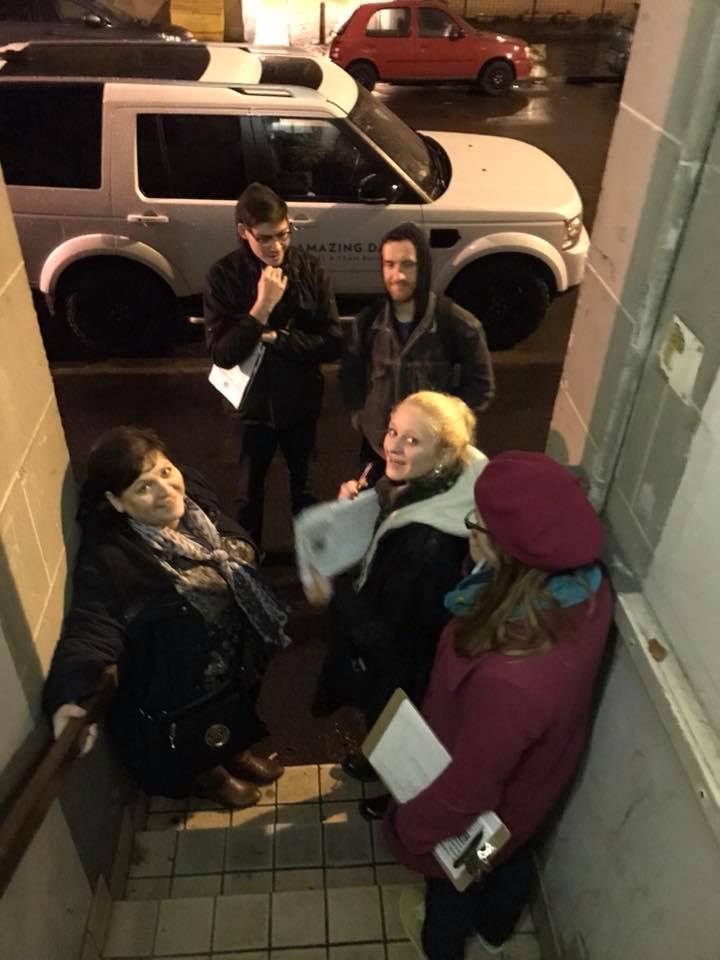