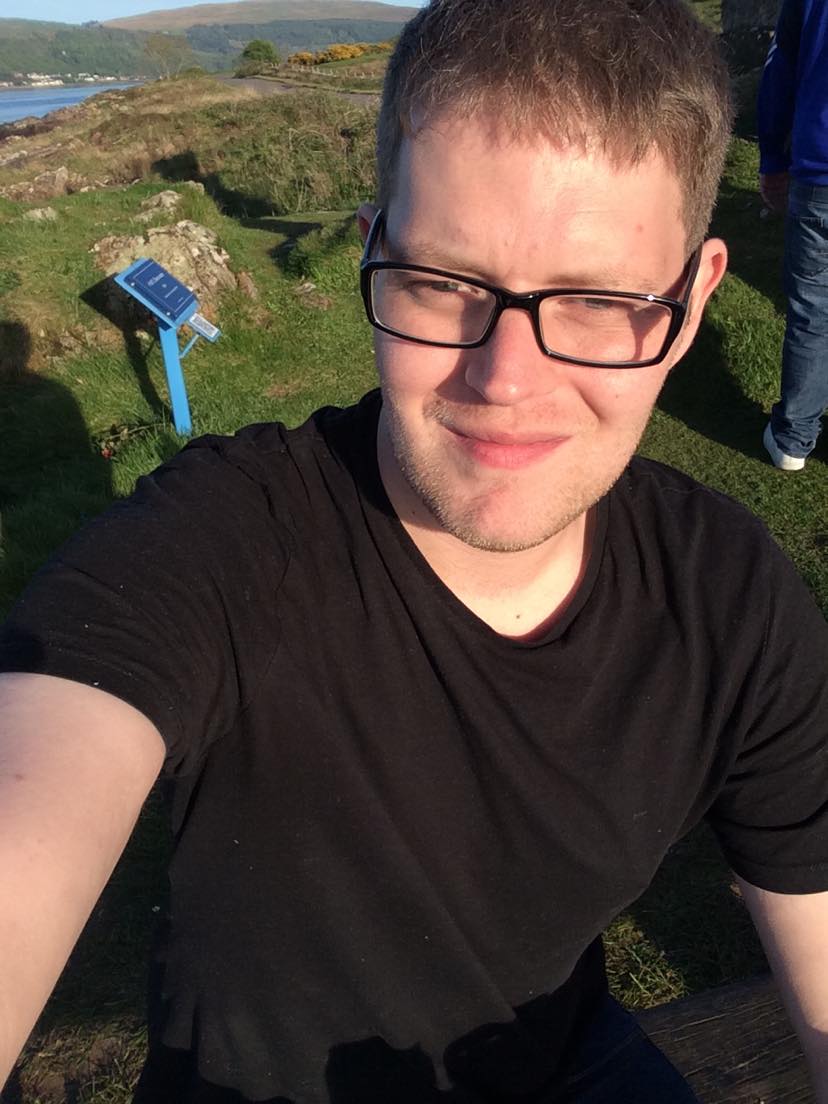 Hi there Folks my name is John Paul Warrillow, and this is my story of the troubles I’ve had and I’m currently still facing in finding safe, secure and stable housing.

I feel extremely let down by the state of housing in Scotland. During the pandemic, I’ve been given two different unlawful eviction notices and the letting agency I’m with came to do repairs in my property without adequate PPE. They treated my rights as a tenant and as a person trying to stay safe with disdain. But this is just part of my housing story.

Since the beginning of 2019 right up until January 2021 I sat without running hot water- a basic human right and even now it’s been fixed I’m still left paying £50-£70 quid a week for energy. In order for me to have a shower, I still have to turn it up to the hottest it can go.

In order to avoid paying for the repairs, the landlord acted illegally by serving me two unlawful eviction notices last year which was a slap in the face. Thanks to the work of my Living Rent Member Defence team, the problem with the hot water is fixed but the place is still not up to a tolerable standard. It is costing me an absolute fortune to run. I’m lucky if I can use my hot water more than twice a week. I have no affordable heaters to run, I have a halogen heater which I can only use when I can literally see my breath in my house even with the new water tank fitted. 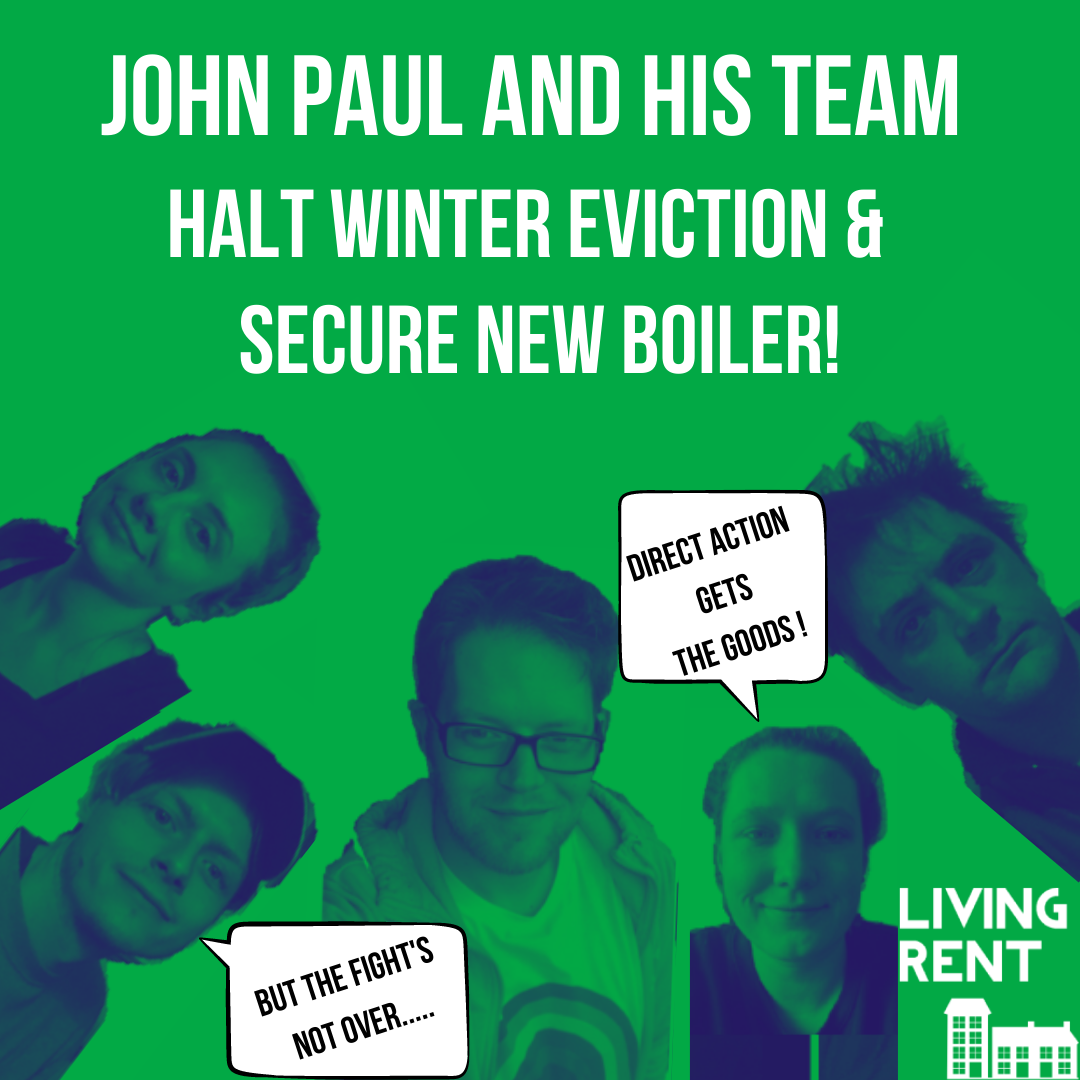 While I’m living through all of this, the letting agency threatened us with eviction in December, which showed a clear lack of decency and humanity during a pandemic. Being threatened with eviction kind of feels like a kick in the teeth. Throughout all my time renting, buy-to-let landlords have given me and my siblings nothing but more housing insecurity.

Permanently extending the eviction ban in tier three and four areas would benefit me as I’m still waiting to overcome the next-to-impossible obstacles to getting a three bedroom house through the council waiting list. I’ve been on the list for more than three years and in those three years new housing developments have been made and completed and in that time. I’ve had no offer of council housing. It is utterly shocking and I believe it’s time the government looked after me and put a stable roof over my head. As well as an extension to the eviction ban, it’s clear that there’s a lack of social housing all across the West Coast and Scotland in general. We need to use land better and build more, decent, public housing.

Living Rent and my fellow union members have supported me in successfully fighting my eviction and securing a new boiler. It has literally been a life saver for me as mentally I do not feel I could take being made homeless again.

I’ve been through the foster care system and in my 33 years of life, I’ve been lucky if I’ve stayed in one place for more than five years. Enough is enough. People who leave foster care deserve more, we deserve more than to be dumped out of care at the age of 16 with nothing to hold on to.

People my age that have left foster care need to be heard and supported because we have nothing. We have nothing to hold on to and no certainty for our future. In the last 18 years I’ve had more than ten different addresses. I left foster care and went straight into renting from irresponsible landlords who are only there to financially profit from people who have next to nothing. They are able to bully, intimidate, and get away with what they like- from making up fake arrears to unlawfully evicting tenants. I have seen and experienced it all.

Prior to me living where I am now I was living in a homeless hostel within the Wallace of Campsie in the east end of Glasgow. They filled a housing application form out for me in the Ayrshire area as my family live in Largs and so I have support there. They had also found me a private let I could move into until a council house became available. If I didn’t take this flat on I would’ve been effectively making myself intentionally homeless and Wallace of Campsie homeless team were pretty firm on that. Little did they know there was a whole host of problems with the flat in terms of the state of disrepair. Because I had accepted the property there was nothing more they could’ve done in that time. I’ve been left with energy bills that are financially breaking me to a point where my bills are almost as expensive as my rent so even trying to feed myself without the support of others is a challenge. 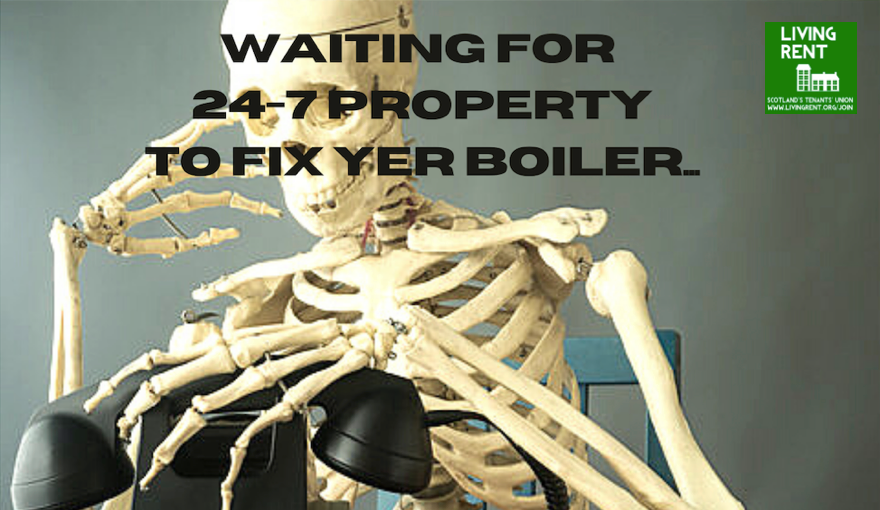 That’s my housing story. Homelessness, precarity and waiting and waiting and waiting for a council house that would give me and my family a bit of security. I think my story sums up some of the problems with the state of housing in Scotland today and I know it’s not just me who’s had similar experiences. We need to support people who come out of foster care better. We need to regulate the private rented sector better. We need to build more social housing that is fit for families like mine and above all we need to hold landlords accountable when their practice is not in line with regulations.

If John Paul's story resonates with your experience. Get in touch: [email protected] and join Living Rent: livingrent.org/join