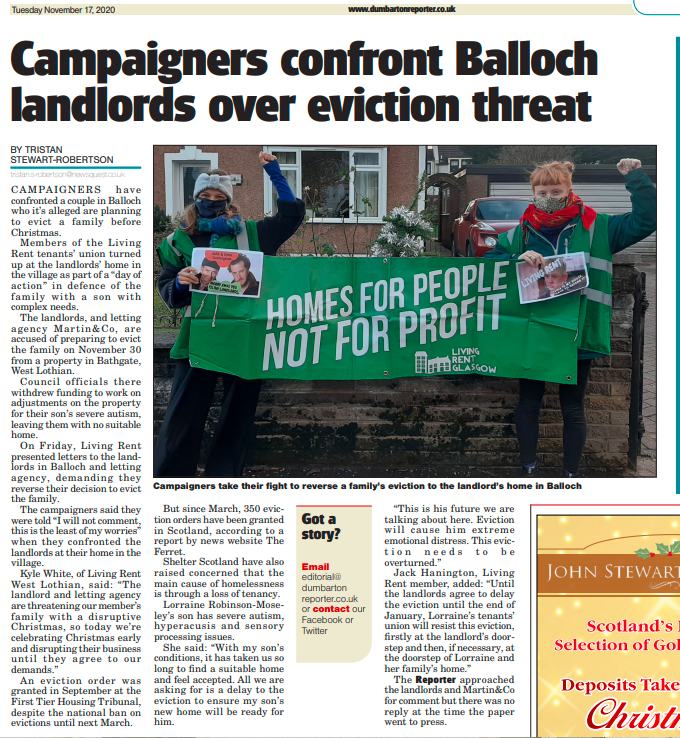 A member and her family in our West Lothian branch are facing eviction at the beginning of next month. This must be pushed back to the end of January. The home the family were due to move into is not fit to accommodate their disabled son because West Lothian Council inexplicably withdrew funding to make reasonable adjustments to the council home.

The landlords, John and Irene Cunningham, will send sheriff officers out the property on 2nd December. This would leave the son who has severe autism with nowhere suitable to live in the middle of a pandemic and the Christmas season.

On Friday 13th Nov, members from a number of branches across central Scotland rallied together in both Balloch and Bathgate. They delivered the message: if you try to disrupt this family's Christmas lockdown, we'll celebrate Christmas early outside your home and your business!


In Balloch, 3 members marched on the landlords' address to deliver a letter demanding the landlords meet with the family they want to evict and the union. The landlord responded “This is the least of my worrries. Remove that Christmas tree from my fence.” Other members there discussed the issue with members of the community who were disgusted with the actions of Mr & Ms Cunningham. Now the neighbourhood is talking.

In Bathgate, a letter was also delivered to the letting agent, Martin&Co, with the same demands, that they facilitate a meeting between tenant and landlord. After an hour and a half of agitation outside, speaking with members of the local community and multiple phone calls, Martin&Co agreed to speak to the landlord in an effort to facilitate a meeting.

This is a whirlwind of cruel landlordism, disdain for public safety, council funding failures, and a eviction ban that isn't fit for purpose.

The Scottish Government needs to step in to enforce the so-called eviction ban. Until they do, Living Rent will be resisting Covid Christmas evictions- at landlords' doors and at the door of our members, with the community by our side.

To support in resisting the eviction of Lorraine and her family, especially if you are in the West Lothian area, get in contact on this number: 07808647427 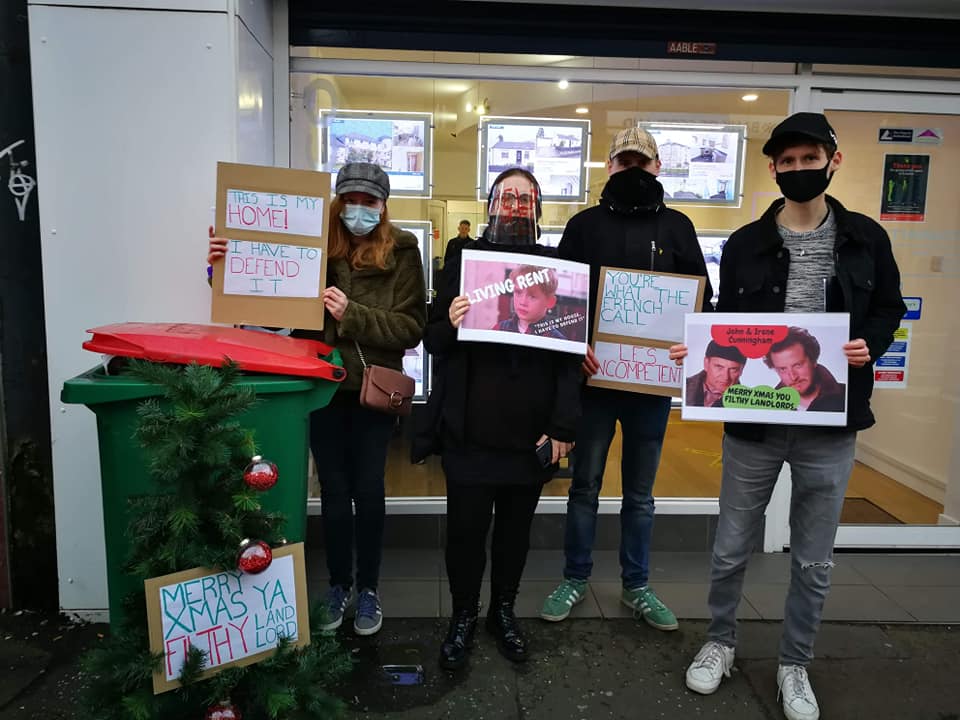