In September 2019, Serco’s Home Office contract to house asylum seekers came to an end, in part as a result of the pressure exerted by public campaigning led by a coalition of refugee and asylum seeker advocacy groups, of which Living Rent was part. Mears Group secured the tender for the new contract and, despite mass public outrage at Serco’s handling of the situation, still failed to find a solution to house the 300 tenants under threat, enabling Serco to carry out evictions.

As Living Rent had established in 2018 when this issue first arose, members of Living Rent Glasgow were committed to resisting this policy of forced destitution, and we launched a summer offensive campaign of direct action to defend our neighbours and communities.This fight continues, led by the No Eviction network, see here.

Living Rent Glasgow members successfully organised multiple actions against Serco, Mears, Glasgow City Council and housing associations, involving hundreds of people within and outwith Living Rent. Members set up local WhatsApp groups in every corner of the city to respond quickly to the potential threat of a lock-change. In the end, this campaign was able to get Mears to commit to a policy of no lock-change evictions, though there remain many problems with the system of privately contracted asylum seeker housing, an issue that the coalition and its member organisations continue to work on. The campaign provided lessons in coalition building for members and demonstrated the power of creative and engaging direct action. As Living Rent expands into neighbourhoods across Glasgow, members will continue to link up with the No Eviction network to support all tenants' rights to a secure home. 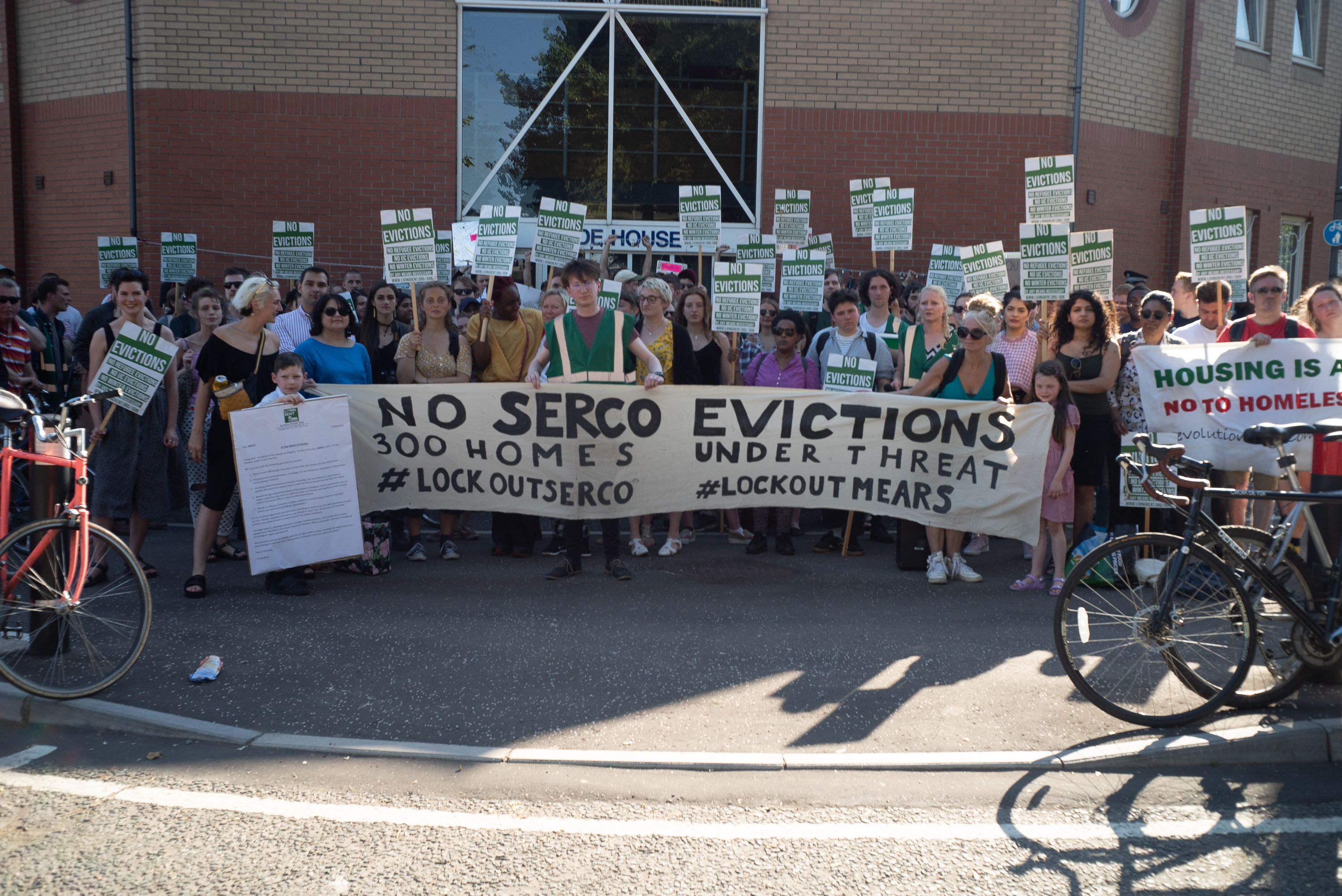