Across Scotland, but particularly in Edinburgh and the Highlands, more and more housing is being used as holiday accommodation for growing numbers of tourists. Due to the housing crisis, Living Rent has long-held that these properties should first and foremost be long-term affordable homes rather than holiday lets. 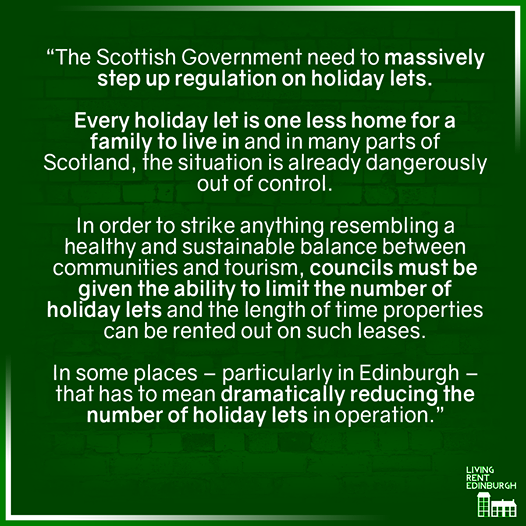 Living Rent members have campaigned across Scotland, and specifically in Edinburgh for the Scottish Government to improve its regulation of short-term lets, as these are emptying neighbourhoods and driving up land rents.

We have pushed for three demands:

We launched a petition calling on the government to enact these demands gathering over 10,000 signatures and repeated our demands in the government’s consultation in 2019. We wrote a report about this: read it here.

The government announced on the 8th of January 2020 that it would give local authorities the power to implement all of our demands. This is a huge victory for tenants and residents across Scotland, but the fight is not yet over. The next steps will be to ensure that the powers local authorities are given are robust enough to be effective and then that they will be enforced. 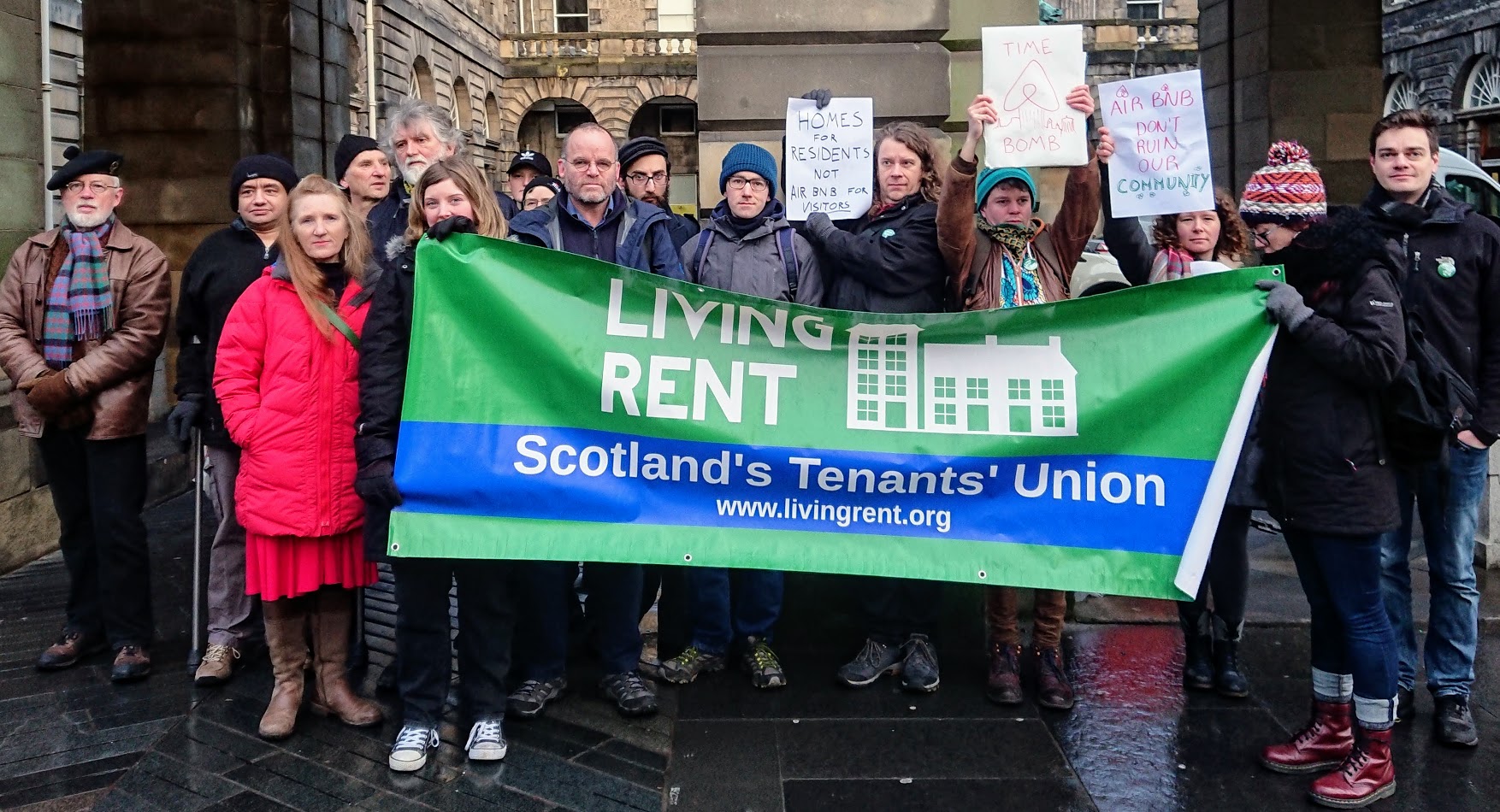