A brief report from today’s march for equal pay

One Glasgow, One workforce, One equal pay 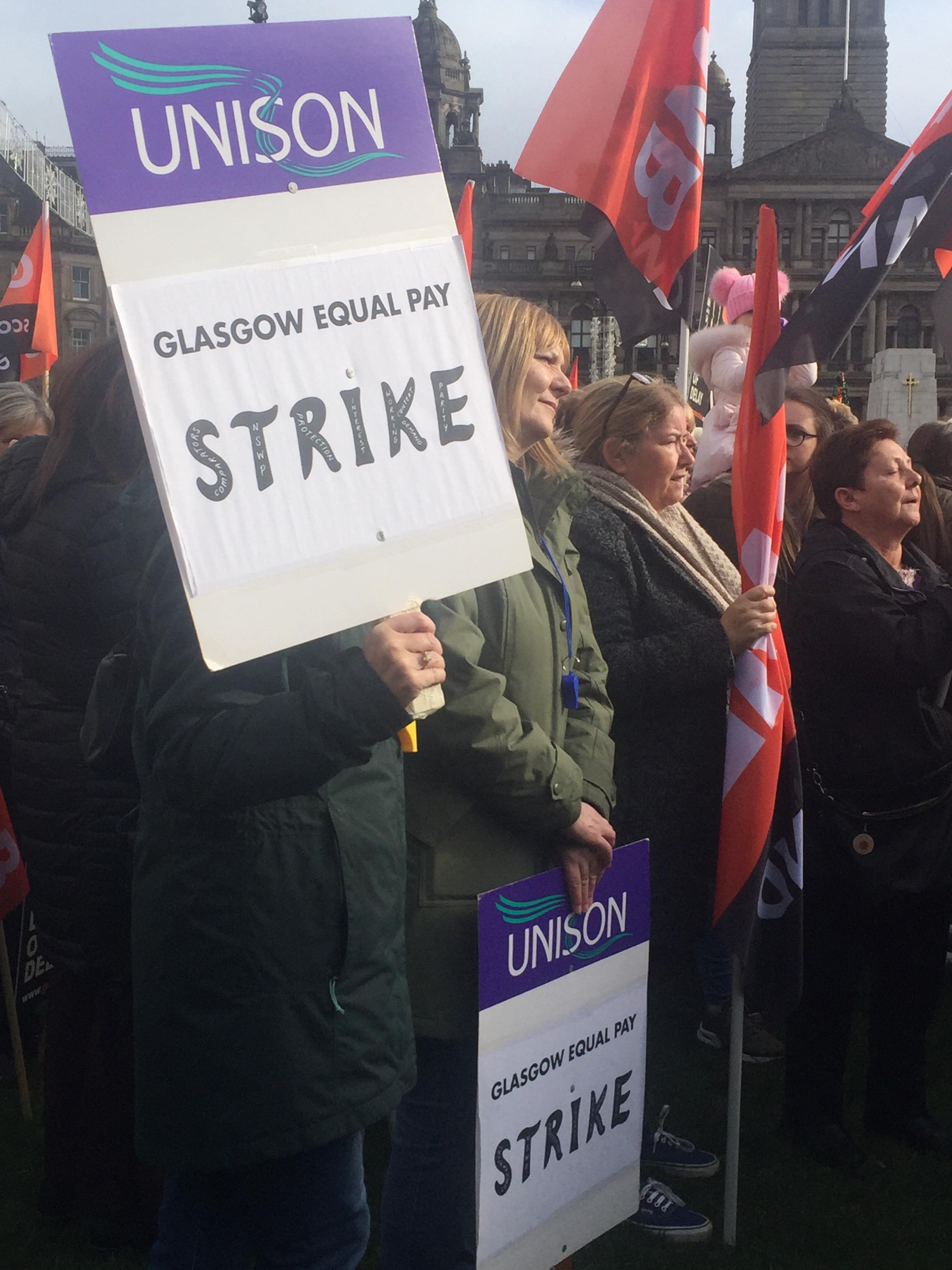 What an atmosphere!! How incredible it was to see hundreds and hundreds of women out!

I luckily had a break from work and was so glad to be able to head down to Glasgow Green. There I met other Living Rent members, unfolded our banner and set off! Everything was buzzing! Horns, whistles, chants, screams… I’ve been on many marches but this one was particularly lively!

What a show of solidarity! People were showing their support wherever they were: shouting from flat windows, clapping from the pavement, honking from their cars… A woman baker from ‘Brave Bakery’ came out with pastries for the women on the march. I’m pretty sure even the filming of Fast and Furious stopped in solidarity as we walked past!

Hundreds more were waiting in George square and when we got there, we were all dancing and singing along to ‘Money, money, money, always sunny, in the rich man’s world’!

One woman who was on strike today told me she was very happy with the turnout, that none of them wanted to strike but they were left with no other option. She said: ‘It’s not about the money! It’s about dignity’ and ‘we’ll take strike action again if these two days are not enough!’. Then she asked about my union and before I could finish my explanation, she added: ‘Good for you! We need rights at home as well, especially for women! I’ve been made homeless myself years ago but back then, there were homeless centres/shelters but they’re all closed now’.

Once again I am reminded that there is power in a union! That when people, whether workers or tenants, are organised, we are strong and able to fight!

It was amazing to be part of today’s march and I have nothing but respect and admiration for the women leading the fight! 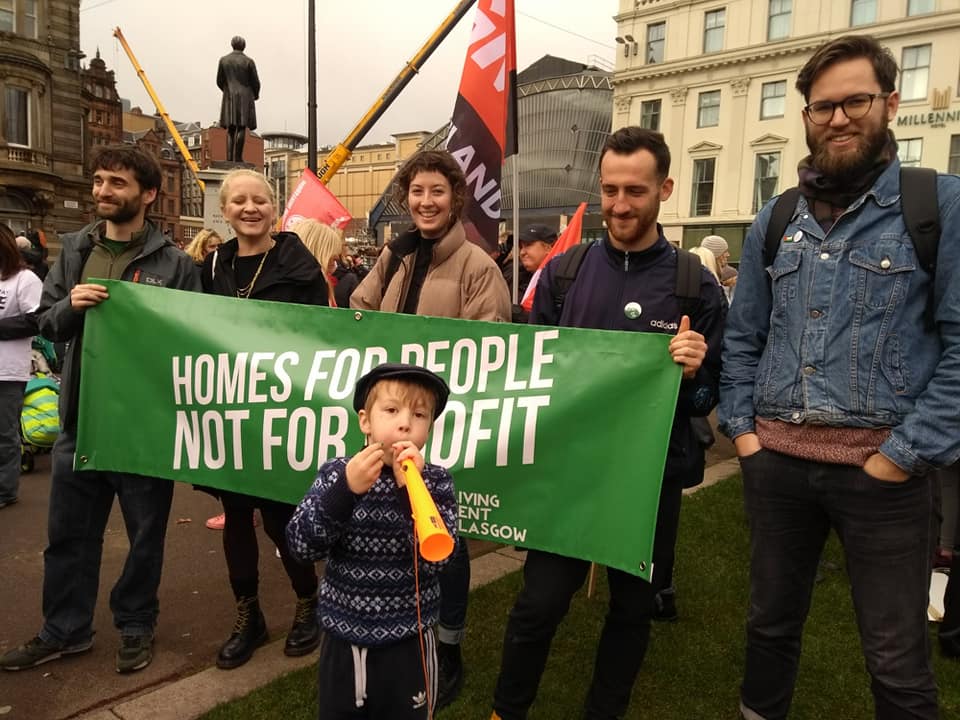