Are Glasgow tenants being blacklisted?

Are Glasgow Tenants being blacklisted?

In a move that would embarrass the worst private landlords a Living Rent member had her housing application suspended by a Glasgow housing association despite an appeal by the union.

Our member has been effectively blacklisted from many of the city's social landlords due to rent arrears built up after a failure's in the welfare system and a breakdown in family relations. We discovered that our members previous housing association Thenue Housing have effectively blacklisted our member and family from applying to any other housing association in the city due to rent arrears built up in a previous relationship. 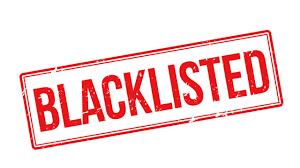 Our member has been forced to live in private rented accommodation, accept full liability for the arrears and look after their kids whilst her ex partner has been rehoused by the same housing association.

To add insult to injury we have today found out that Thenue Housing Association have applied a charge of over £8000 to existing debt for repairs they say were required to the property when our member moved out.

No evidence or justification of these repairs has been supplied to our member. An act that would shame most of the worst offenders for deposit theft in the private sector.

Despite evidence that a Debt arrangement Scheme was being followed for months after leaving the property Thenue Housing are preventing our member from being housed in a safe and secure environment for her family.

This highlights further massive failings within the city's housing system, with no public accountability or control over stock housing associations are increasingly acting in a commercial manner to squeeze and exploit difficult situations. Like many we encourage community and cooperative models of Housing Associations that promote tenant engagement whilst providing a quality home at an affordable cost. However the absence of publicly owned housing in the city to coincide with these models is generating massive problems for thousands of family's.

We will be contacting Thenue housing over the coming weeks to try and resolve this matter but it provides no comfort for our members who are being forced to live under the constant threat of eviction or have been abandoned in temporary accommodation.

The picture of the housing system in the city is looking bleaker by the day on top of the hundreds of homeless families looking for a home how many are stuck in dangerous and unsafe flats having transfers and applications blocked due to failings of the welfare system?

How many more will come over the next year as Universal Credit takes effect?

Only by building a strong city wide Tenants Union can we have a hope of changing not only the law around these practices but ensure we re-balance the power between Landlords and Tenants.

Join us today from only £3pm!