Our statement on the Black Lives Matter protests in the US. 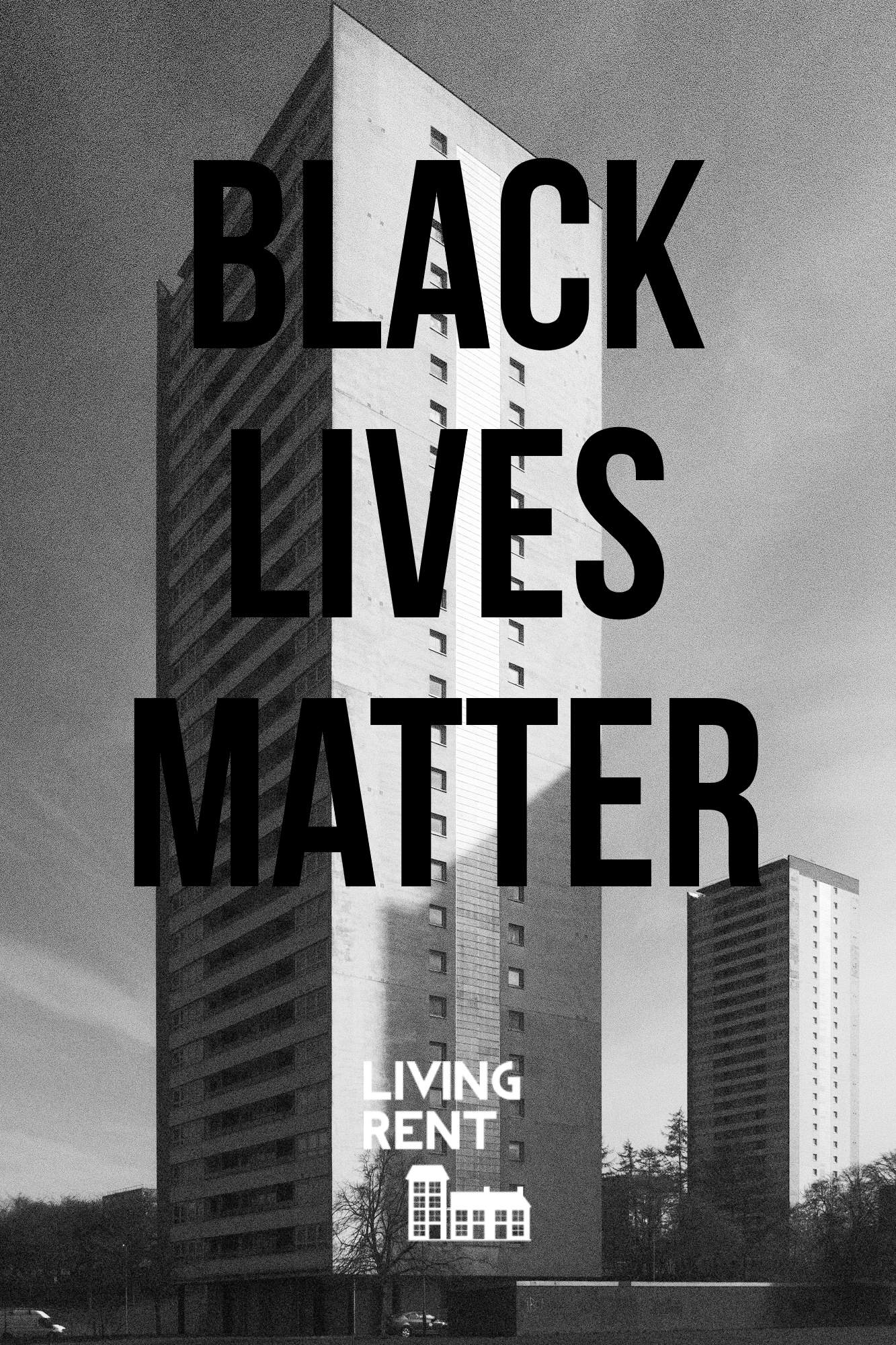 Living Rent has been appalled by the violent and racist response to protests in the United States, and we stand in unconditional solidarity with the protesters demanding justice and change.

There is no doubt that George Floyd, and many countless others, would still be alive if they were white. With a racist, white supremacist in the White House and a deeply corrupt and institutionally racist police force and legal system throughout the country, it will require an unprecedented mobilisation to force the changes necessary.

However, it is also vital that those of us in Scotland and the UK understand that this - racism and police violence - are not just American problems. Here in the UK, police racism still goes unchecked, and deaths in police custody - disproportionately people of colour - still go uninvestigated and unprosecuted. In Scotland, there has still been no justice for Sheku Bayoh, who was murdered by the police in 2015 in Kirkcaldy. One of the officers involved, Alan Paton, is widely reported to have openly “hated black people.” But instead of facing justice, he’s been on leave with full-pay ever since, and he’s enjoyed the enthusiastic protection of his colleagues.

It is also a housing issue. Migrants and BAME people in Scotland are by a long way disproportionately likely to live in rented housing. The UK government forced through their racist ‘right to rent’ measures despite evidence from the pilot program that it simply green-lighted racist and discriminatory behaviour from landlords. Likewise, the UK continues to foster a racist and hostile environment for asylum seekers and refugees by contracting out housing to private companies who are rarely held accountable for their behaviour. And in our communities, our member defence teams routinely see landlords discriminating against BAME tenants.

Living Rent is committed to building working class solidarity which does not ignore the institutionalised racism in housing, and using this in our efforts to help build a fairer and more just society.

Below we have linked a number of organisations both in the US and here in Scotland. We would encourage all our members and those who can to donate to these groups to continue the fight for justice. We stand in solidarity with those struggling against racism in all its forms.