The Scottish Government have NOT banned evictions. 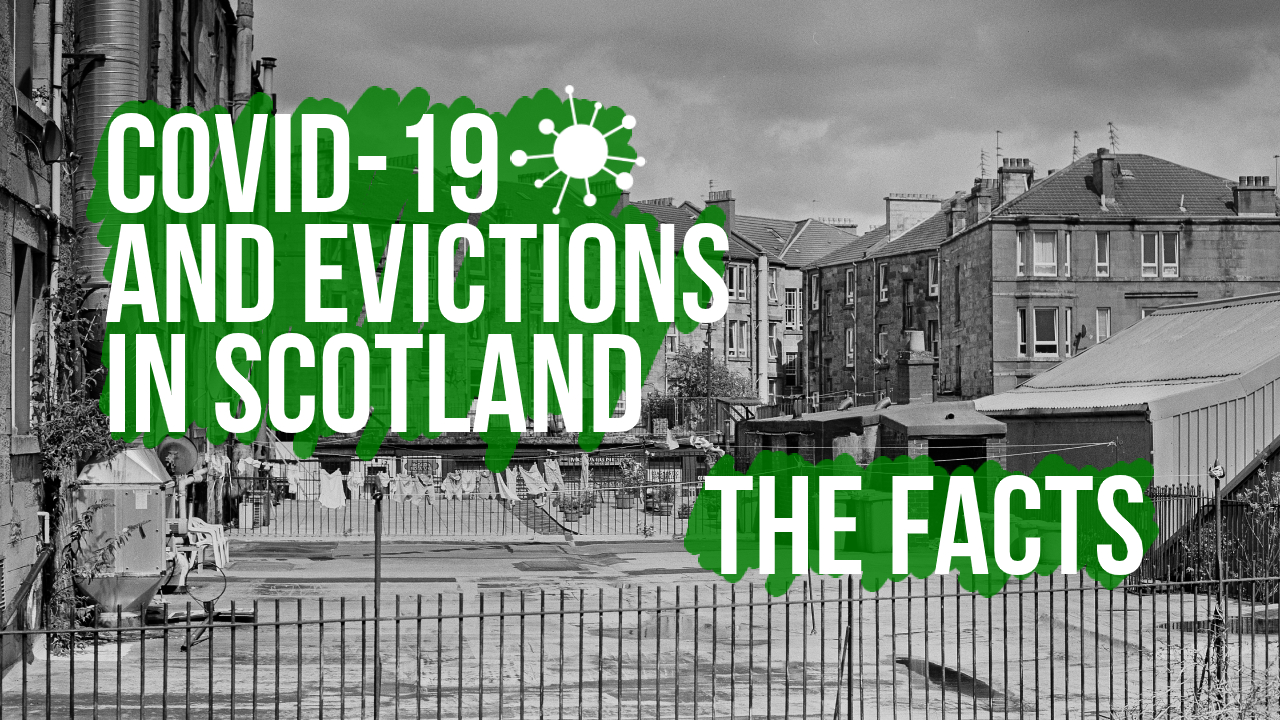 The coronavirus pandemic has placed the spotlight firmly on Scotland’s housing crisis. Hundreds of thousands of tenants across the country have been confronted not just with a health crisis, but a financial one too: as people’s workplaces close their doors, rent becomes unaffordable. That is why Living Rent is calling for an urgent ban on evictions and non-repayable ‘rent holidays’ for all tenants affected by the pandemic.

But with the news moving so fast, and a flurry of contradictory announcements, things can be confusing. So what’s actually happened?

There are key problems here:

There is also the crucial issue of actually paying the rent. The Scottish Government’s official advice to tenants struggling with financial hardship is to reach out to their landlords, but the enormous power imbalance makes this an extremely risky game. There is nothing at all to compel landlords to be lenient, and Living Rent has already seen examples of tenants who have approached their landlord to discuss this, only to be threatened with eviction if they don’t pay.

Additionally, the measures announced by the UK government - to extend the mortgage holiday to landlords, but require tenants to pay the money back at some point in the future - are woefully insufficient. If tenants are out of work for months, through no fault of their own, it is not reasonable to expect them to find the money to pay this back. Put simply, tenants cannot be expected to foot this bill: these rents must be written off or covered by the government.

TL;DR: The Scottish Government categorically have not banned evictions, but they desperately, urgently need to.