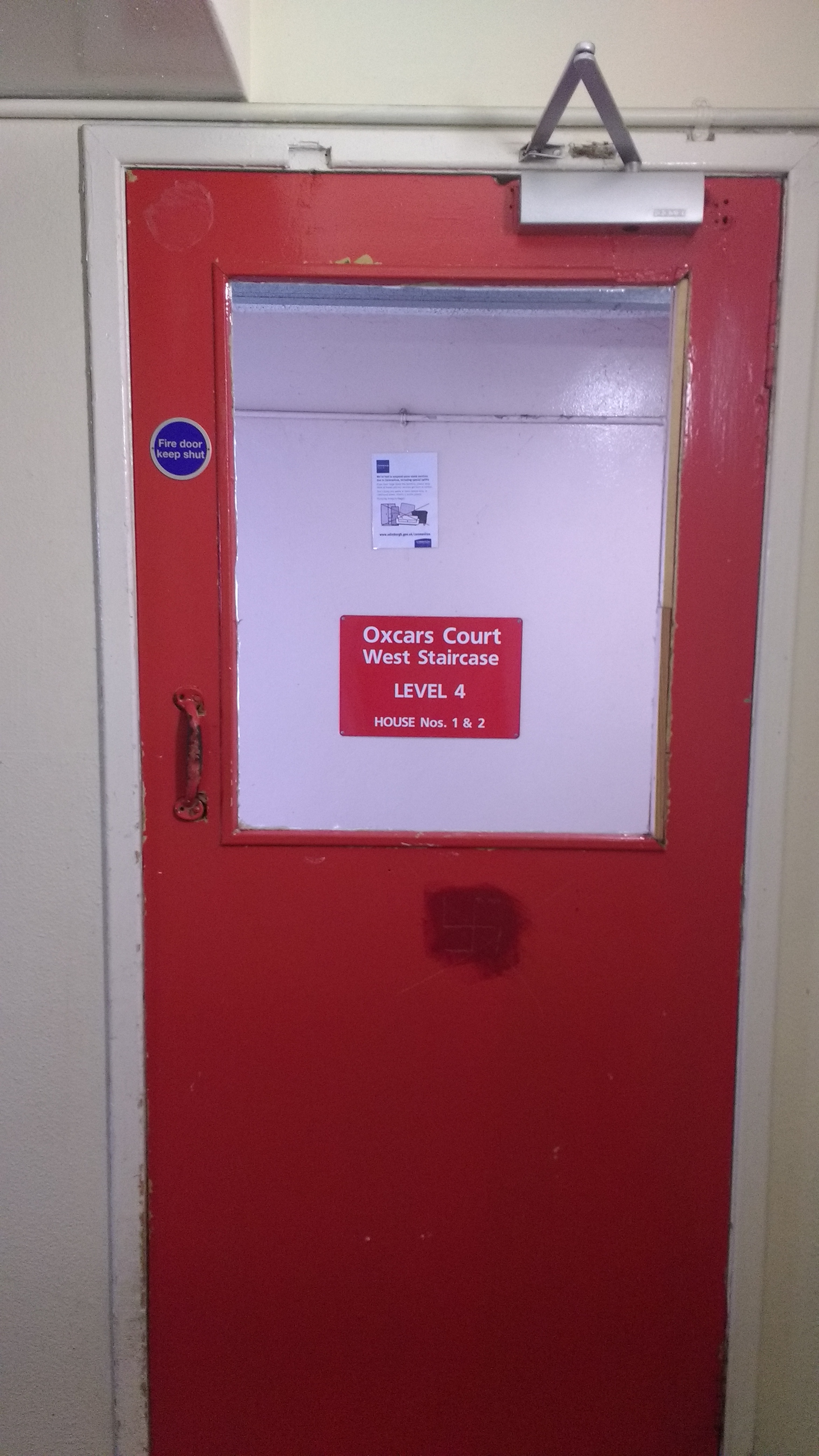 City of Edinburgh council are putting their tenants’ lives at risk by failing to repair defective fire doors in the Oxcars Court Council high-rise in Muirhouse. The Fire Brigade have stated they are sending officers to investigate.

A Living Rent member reported two Oxcars Court fire doors as not functioning on 1st May. The Council stated this would be actioned as an emergency repair. But when Living Rent rang again on 11 May, the Council could not explain why nothing had been done.

The defective fire doors – on the 4th and 7th floor landings by the West stairs of the high-rise – lack the reinforced glass window panes so that if there was a fire - then smoke and flames would go straight through the empty gaps in the doors. On the 4th floor all of the glass is missing. This means nearly half of the fire door is an empty space! These fire doors are not able to act as fire doors.

Of course at present non-essential repairs are postponed due to the Covid-19 emergency. But the Council acknowledge that these are emergency repairs which must be done. Have the Edinburgh Council forgotten the 72 lost lives at Grenfell Tower in London, caused by the criminal neglect of that local Council?

On 11 May the Crewe Toll Fire Brigade stated that they would send a fire safety officer to Oxcars Court to investigate and that they would contact Housing Operations manager George Norval. And this is not the first time that Living Rent have had to bring defective fire doors to the attention of the Council.

Living Rent insist the Council act immediately to repair the fire doors. We urge tenants to contact the Council and Councillors to insist on action and to take to social media to denounce this failure to ensure residents’ safety.