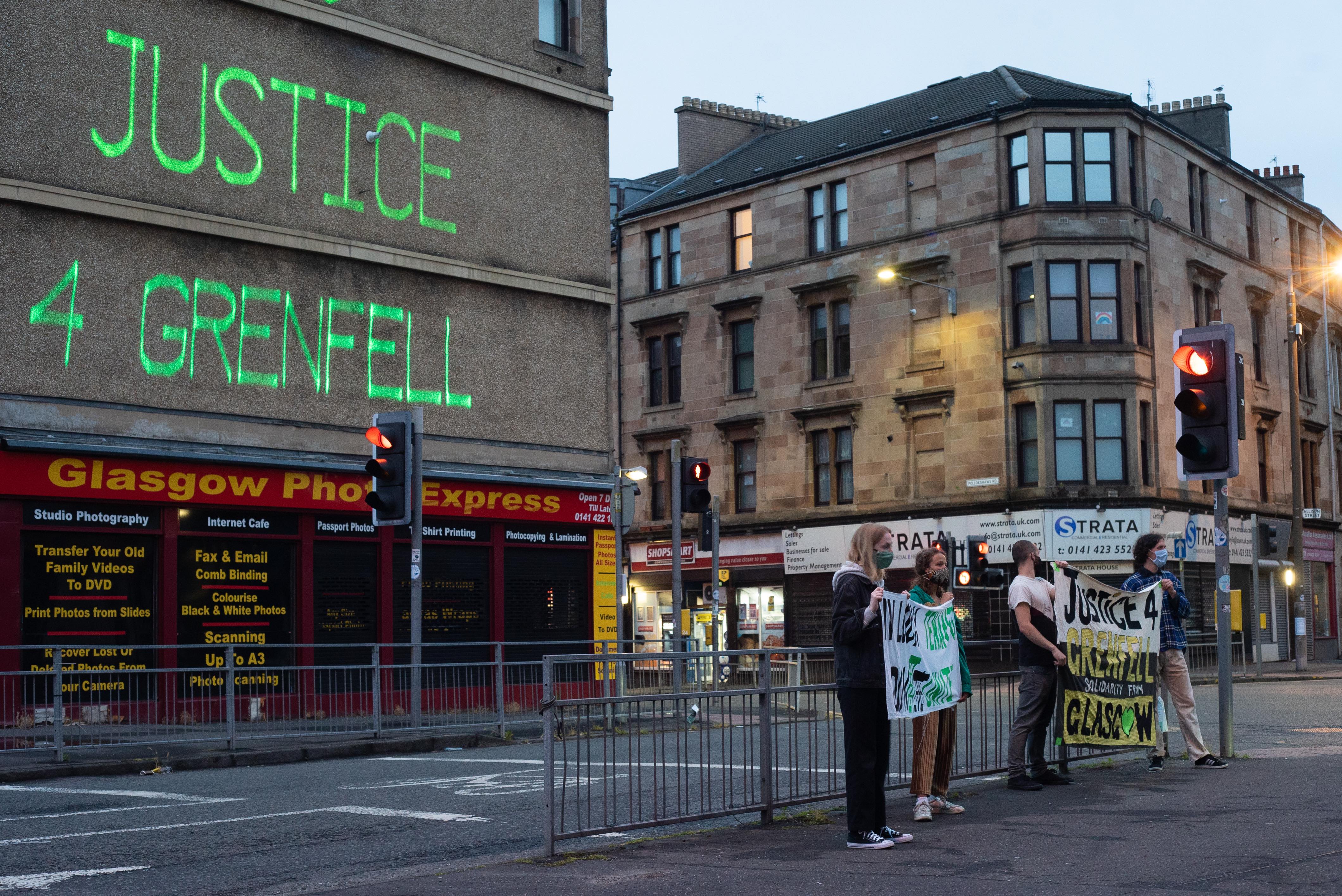 Four years on: justice for Grenfell

Today marks four years since the country watched in horror as Grenfell Tower burned live on the news. Living Rent  again expresses its full solidarity with the bereaved, survivors and the wider community of Grenfell Tower and their ongoing search for justice.

The horror was compounded for those of us who live in high rise flats. We were faced with exactly the sort of disaster that we all fear occurring in our own blocks, our own homes, tragically unfolding on the television.

Over the proceeding days, the true horror of the fire was revealed: 72 dead and dozens more injured. Everyone was rightly outraged. How in a country apparently stifled by Health and Safety protocols could so many people die in a fire?

The initial response from the Westminster and Holyrood governments was swift. Independent reviews and safety checks were set up and carried out to make sure that a tragedy like this could never happen again. In Edinburgh, high rise tenants received a flurry of leaflets assuring the residents that our homes were safe and that an incident like Grenfell could never happen here. But this urgency rapidly dissipated and has continued to do so with each of the four years since the entirely avoidable disaster. With the inquiry ongoing, companies and local authorities play hot potato to obscure their profiteering and negligence  that led directly to the 72 deaths. For the victims and the families who lost loved ones that night, justice remains a distant prospect.

Reading the published reports about the inquiry and how the Royal Borough of Kensington and Chelsea Council treated the residents of Grenfell as a ‘nuisance’ or a ‘problem’ for raising concerns around health and safety prior to the fire,  mirrors the treatment of Living Rent members across the country who live in schemes and have legitimate and grave concerns, yet are written off as just being troublemakers by their Housing Association or Council landlords. Among the worst of these are Glasgow Housing Association and Edinburgh Council - but our members do not doubt  that such institutional failings are a clear and present danger to the residents living in properties owned by other social landlords.

High rises are still viewed by many as the domain of the poor and that you must be ‘lesser’ if you live in one. Residents are viewed as ‘schemies, jakies and junkies’ by individuals who live in wealthier parts of cities and towns, but this is demonstrably false. No mention is ever made of the strong sense of community that exists on the schemes where many of our members live, or that in these neighbourhoods, the neighbours care deeply about each other. From testimonies of those in Grenfell, the residents also had this strong sense of community, and the narrative in the media and reports needs to change. The truth of high rise living needs to be represented accurately, and property development companies, construction contractors, private and social landlords, and factors alike need to start showing their residents the same care that the residents show each other.

To say that Grenfell was a tragedy is to let the property profiteers and incompetent council officials who are responsible off the hook. It was a manufactured  disaster that cost the lives of 72 people. How many more people need to die needlessly in wholly preventable tragedies before local authorities and the governments in Holyrood and Westminster start to take the safety of residents seriously?

Living Rent members demand Justice for Grenfell - the corporate criminality that led to 72 deaths on this day, June 14th 2017, must be accounted for. The individuals who could have prevented those deaths must face their crimes. Our members across Scotland demand that their landlords - social or private - their factors, or the contractors they outsource to - any organisation who profit from renting or maintaining high rise housing stock - all make fire safety their top priorities. Our members refuse to be the next victims of the profiteering, corner-cutting, and fatal ineptitude that characterises the management of high rise housing stock in this country.

Solidarity with the victims of the Grenfell fire and the loved ones who lost them.