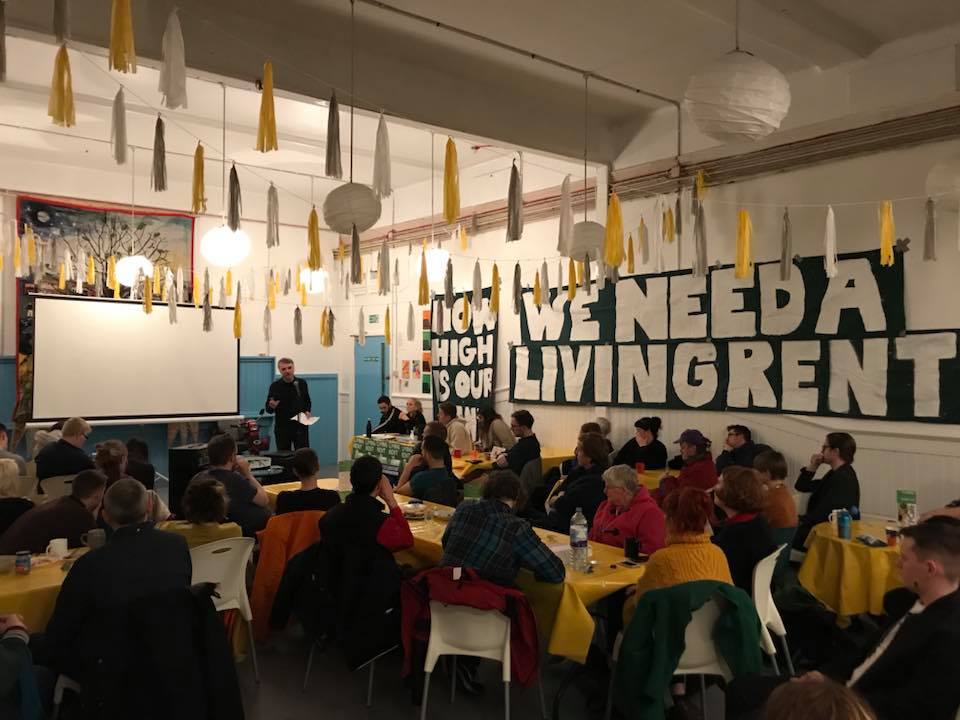 Living Rent celebrated the inspiring legacy of the 1915 Clydeside rent strikes with a social event and fundraiser on 23 November. 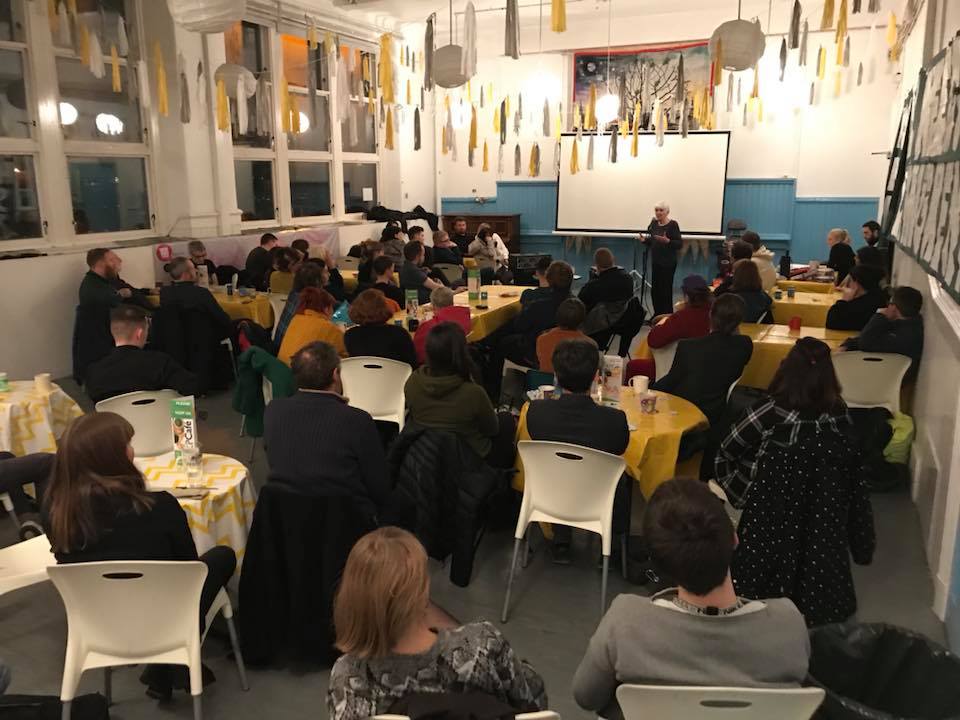 The event was timed to coincide with the (now delayed) unveiling of the Mary Barbour statue in Govan, which will serve as a permanent reminder of her role in that great struggle. Nearly one hundred people joined us at the Kinning Park Complex to share a community meal, discuss experiences of housing struggles today, and come together in song and poetry. The social was an inspiring night, directly connecting Living Rent’s work in the city today in defence of tenants’ with over a century of housing struggles.

A screening of the documentary Red Skirts on Clydeside (1984) highlighted the central role of women in defending their communities from landlords and exploiters of every stripe in 1915, and also the importance of a socialist movement that encompassed every area of life in Glasgow – from political meetings and demonstrations, to Socialist Sunday Schools, choirs and education. The documentary also reveals how radical history, and women’s history in particular, can be lost to future generations unless the flame is constantly kept alive, fed by new struggles and a commitment to learning and sharing what came before. Living Rent stands proudly in this tradition!

Contributions from Maria Fyfe of the Remember Mary Barbour Committee, and LR member and housing academic Neil Gray, set out the historical context of the 1915 rent strikes and also their unique contribution to developing new forms of organising – from tenement block committees to street confrontations with factors – and also their central importance to the development of public housing in Britain as a whole. This is of direct relevance to Living Rent today, as community-by-community we aim to build tenant power and force the state to intervene in a housing market utterly failing to meet the needs of people.

Poetry from Robert Fullertone (now a regular Living Rent performer!), Kurdish throat singing from Ako, and rousing anti-fascist and working-class anthems from Paul Sheridan of The Wakes, including a new song dedicated to Mary Barbour, finished off a great night of food, music, film, discussion and solidarity. Several hundred pounds were raised for the Glasgow branch, which will go towards a new year offensive, on the streets and in the closes, fighting for tenants’ rights. Landlords – beware! Mary Barbour’s army stirs again… 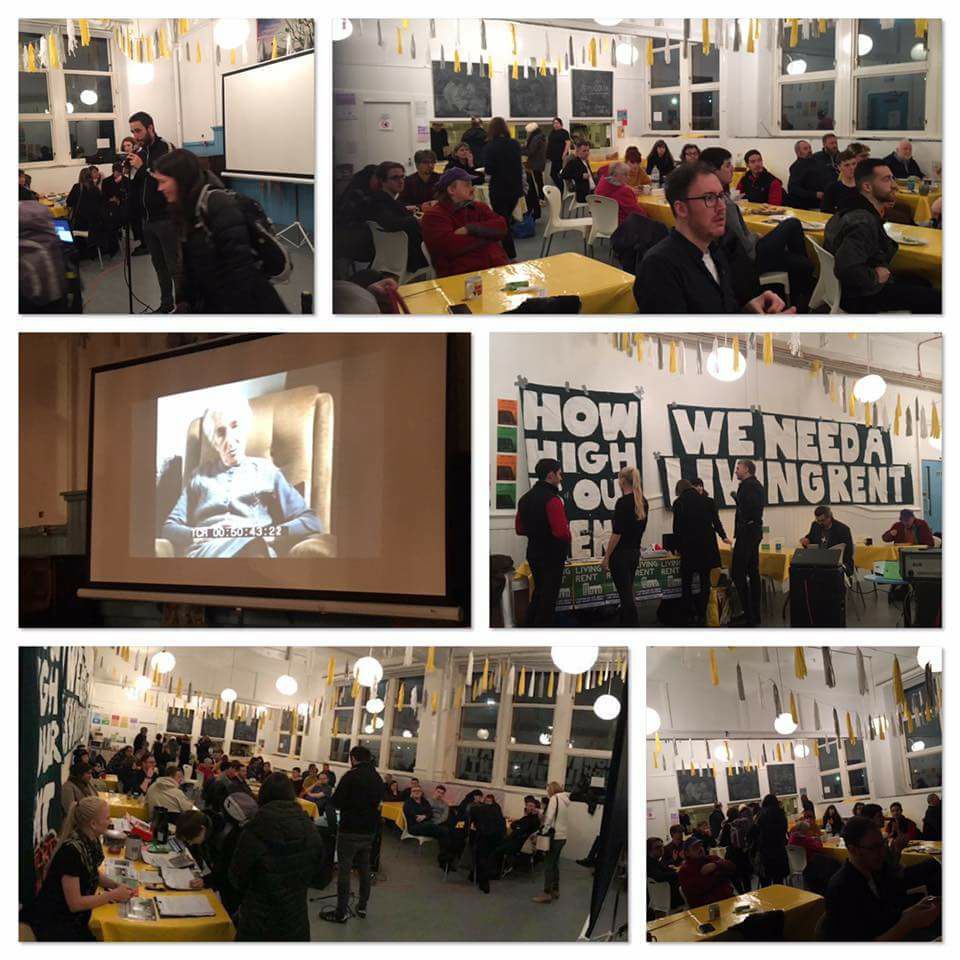