"We who write are survivors..."

It’s not surprising that many of the participants at the first two Hitherto Unknown workshops, which centre around Tillie Olsen’s book Silences, are also members of the Living Rent tenants’ union. Olsen herself was a communist activist and union organiser, campaigning around childcare, the Vietnam war, and labour rights, amongst other things. As well as writing fiction and journalism, Olsen also published a series of four Reading Lists in the Feminist Press’s Women’s Studies Newsletter between 1972 and 1974. Most of the books on these lists reflect a deep interest and investment in understanding power relations in order to attack and change them. Many of them deal with housing issues, whether directly or indirectly. 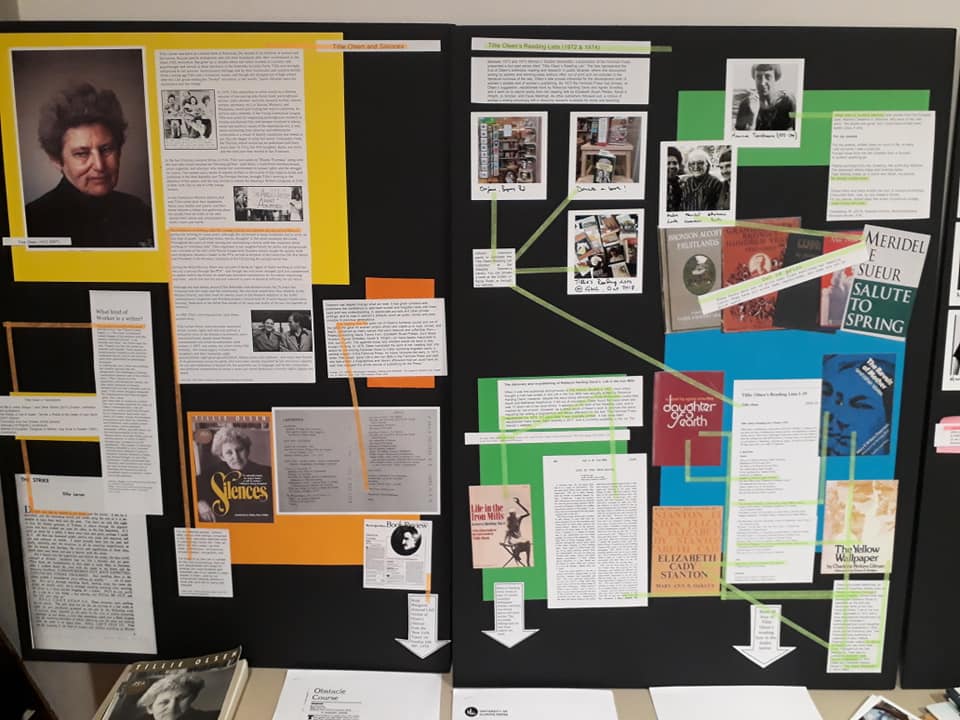 Perhaps the novel with the most to say about housing is Ann Petry’s The Street, which documents the struggles of Lutie Johnson, a Black single mother desperate to escape the poverty and violence of 20th Century Harlem. The action centres around the block of flats she moves to at the beginning of the novel, to escape the overcrowded home of her father and step-mother.  There are many characters in the book that get in the way of Lutie’s dreams—a violent and abusive janitor, her boss, her neighbours and friends; but of all of those, ‘the street’ itself is the most insidious, threatening character:

“And while you were out working to pay the rent on this stinking, rotten place, why, the street outside played nursemaid to your kid. The street did more than that. It became both mother and father and trained your kid for you, and it was an evil father and a vicious mother.”

Throughout the novel, Junto, the quiet, ‘friendly’, white landlord who controls the street, profits from their misery and pleasure. For Junto doesn’t only own the flat Lutie lives in, he also owns the bar she takes respite in, and the club she dreams of performing in, and he even owns or at least controls many of the other residents through employing or lending money to them. At one point, Lutie observes Junto in a mirror: “his reflection in the mirror fascinated her. Somehow even at this distance his squat figure managed to dominate the whole room.” The novel explores how power embeds itself invisibly in our environment, operating along both classed and racialised lines.

Recent Living Rent campaigns have seen us fight against Serco, the ‘landlord’ to asylum seekers in Glasgow; damp conditions and mouldy flats; against high rents that force tenants to work harder or to use benefits that should be spent on food or heat to pay their landlord. The stories on Olsen’s lists are sadly still all-too evident today, where housing still operates along racial and class lines. A major study in 2005 showed that a quarter of Scotland’s prison population came form just 53 of scotland’s 1200 LA wards[1]. Half of those in jail came from the poorest 155 wards. Another study showed that white Polish, Bangladeshi and African households in Scotland had the highest rates of overcrowding.[i]

Olsen’s lists are full of characters fighting the system, whether individually or collectively. Middlemarch’s main character, Dorothea, was inspired by Jeanie Senior (1828-77), the first female civil servant in Britain, whose work included pioneering housing reform and the establishment of a prototypical social housing development with Octavia Hill at London’s Paradise Place. Hariette Arnow’s The Dollmaker follows an Apalachian family of self-sufficient farmers as they move to “Merry Hill,” in Detroit, a squalid housing project, made of “some strange grey-green stuff that seemed neither brick, wood, nor stone”. Paule Marshall’s Brown Girl, Brownstones is situated in the slums of Bedford Stuyvesant, Brooklyn, now one of the most heavily gentrifying areas of New York, and looks at how people try to survive there and plan for their future whilst paying ridiculously high rents. 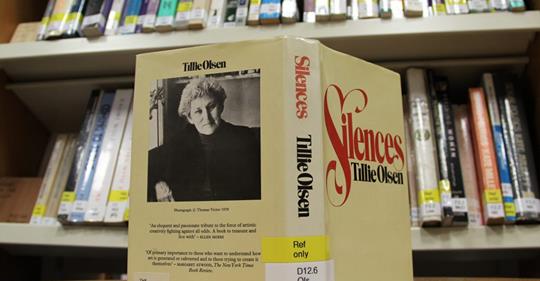 Hitherto Unknown is trying to complete the Tillie Olsen Reading List collection at the Glasgow Women’s Library. All donations will be recorded on a newly commissioned book plate, with your name (and Living Rent membership) duly noted. The full list is available on our website, but here’s a short round-up of some of the books we think you might be especially interested in as housing activists: