As part of our #WinterBreak campaign Living Rent have been supporting our members who were unfairly evicted from their private tenancy 2 weeks before Christmas. Our members and their 6 children were cruelly made homeless in the depths of winter because their Landlord wished to sell the property as vacant, an all too common occurrence.

Since December of last year the family have been forced to live in unsuitable temporary accommodation miles away from the children's schools and the families support networks. Through pressure from ourselves and other bodies we managed to ensure the family were housed in slightly better accomodation in a more suitable location.

Unfortunately any further moves to permanently home the family were not forthcoming. One of the main arguments in our campaign for a Winter Break from evictions, is that no-one should be forced onto the streets during adverse weather conditions. Last month's extreme snow and red weather warning, coupled with the lack of adequate heating in the family’s temporary flat forced us to take further action in defence of our members. 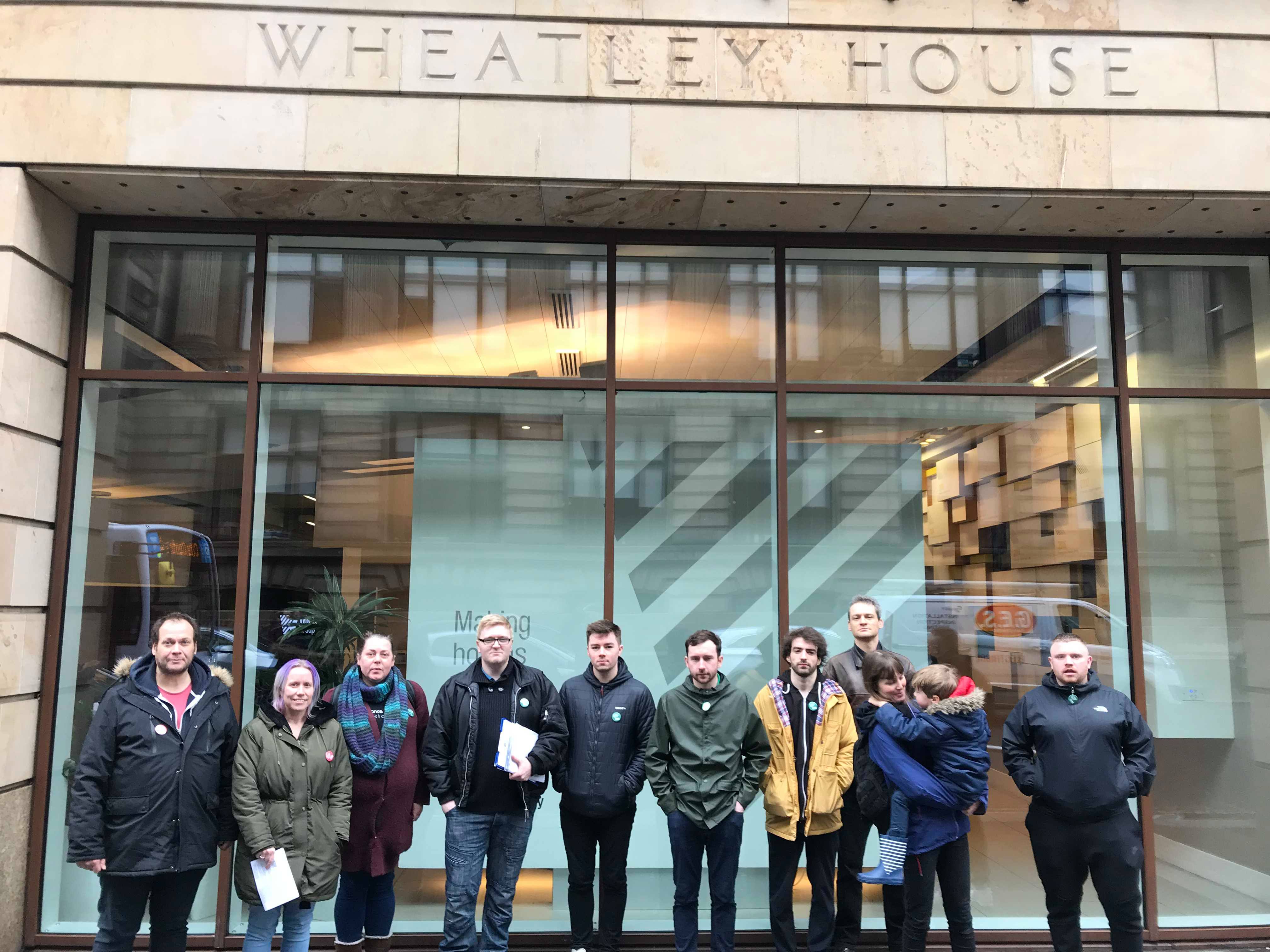 We took the decision to hand deliver our petition with over 7000 signatures in support of the Smart Family to the city’s homeless casework team. We called for more clarity on their housing application and for an explanation as to why it is taking so long. We know the homeless system in the city was bad from members previously telling us their own testimony and how they had been left in temporary accommodation for 3 years, but we had no idea just how bad.

After forcing a meeting with senior representatives of the city’s casework team, we were shocked to be told that the city’s biggest social landlord GHA were not taking homeless referrals from the casework team. This then forced us to take the petition direct to the front desk of GHA.

For clarity, we feel we must reiterate at this stage that Glasgow City Council do not own or rent out any residential properties. Their full housing stock was transferred to Glasgow Housing Association who then have managed the decline in numbers of available social housing through demolition and sales to other smaller Housing Associations.

As the city council does not have ownership or control over any housing, every Housing Association within the city is legally obliged to present a percentage of available housing to the council to help rehome those who are homeless. The suggestion that the biggest beneficiary of the stock transfer and the largest social landlord in the city was not accepting referrals from the city’s casework team should be alarming to everyone.

It was with in mind that our members joined the family in hand delivering the petition to the Wheatley Group HQ in Glasgow City Centre, we again succeeded in forcing a meeting with senior representatives of GHA who this time had come prepared with a full list of facts and figures that had been previously requested and refused through the casework team. They had also forced through the family’s housing application in less than 24 hours, an action that had apparently been refused for months before. 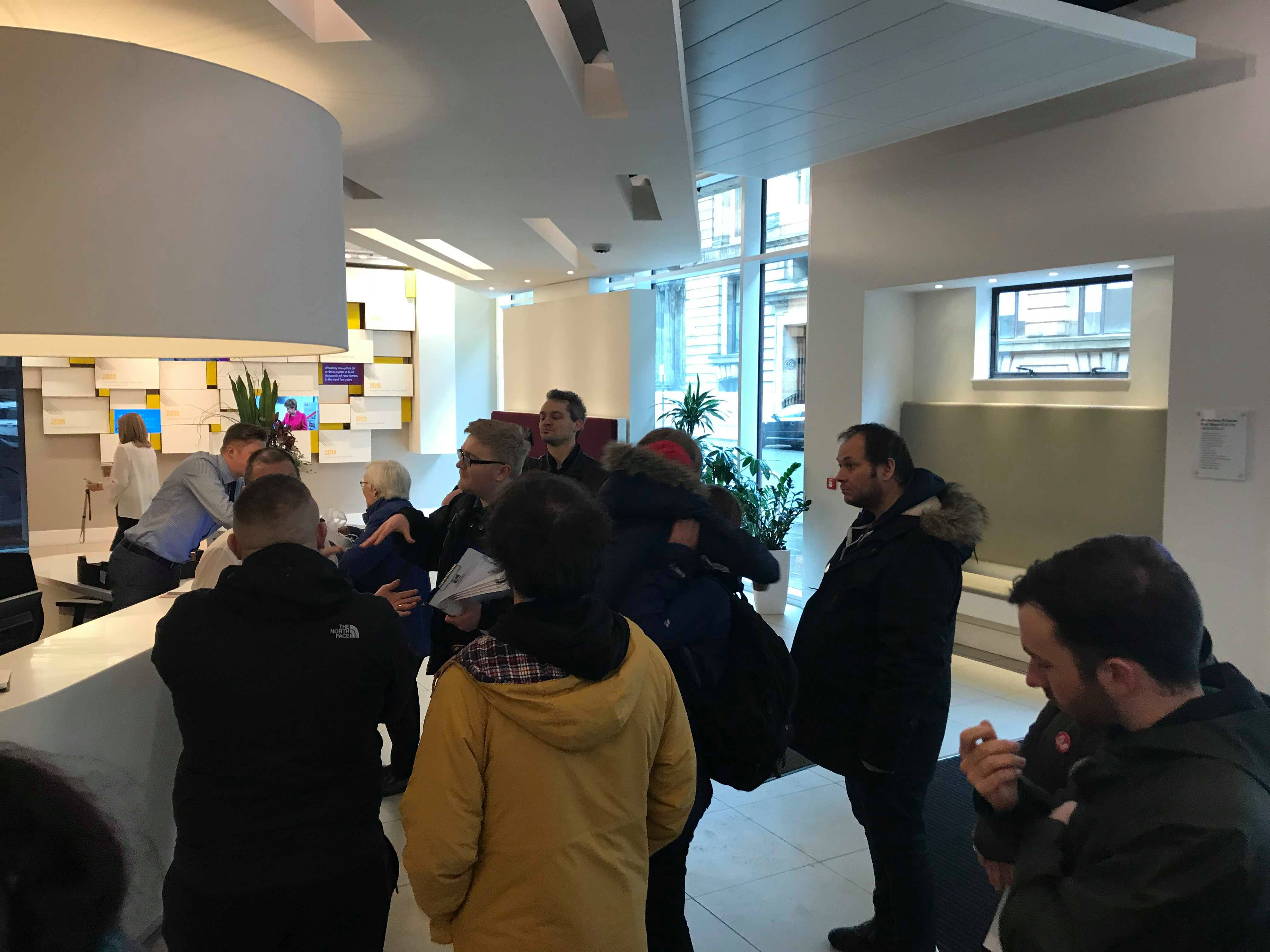 It is clear to us that the city’s housing system its inherently flawed. Without the ownership, control and direct accountability over housing stock, the Scottish Government and Glasgow City Council and impotent in the face of crisis. Throwing good money after bad into the existing structures and through things like the Rental Income Guarantee Scheme, and compulsory purchase orders of properties that fail to meet the repairing standard, only to hand them to Housing Associations. Will only reinforce rampant housing inequality and expand the democratic void that exists.

Alongside our members the Smart Family, we will be hand delivering our petition and a list of demands to Glasgow City Council. We will present our findings throughout this campaign and the steps we feel must be taken to ensure the Smart Family and thousands of others are permanently housed.

To prevent further mass action and the continued abandonment of our members and others across the city, we ask the city’s councillors and the Scottish Government step in to ensure the Smart Family are permanently homed and sit down to consider our demands on these matters.