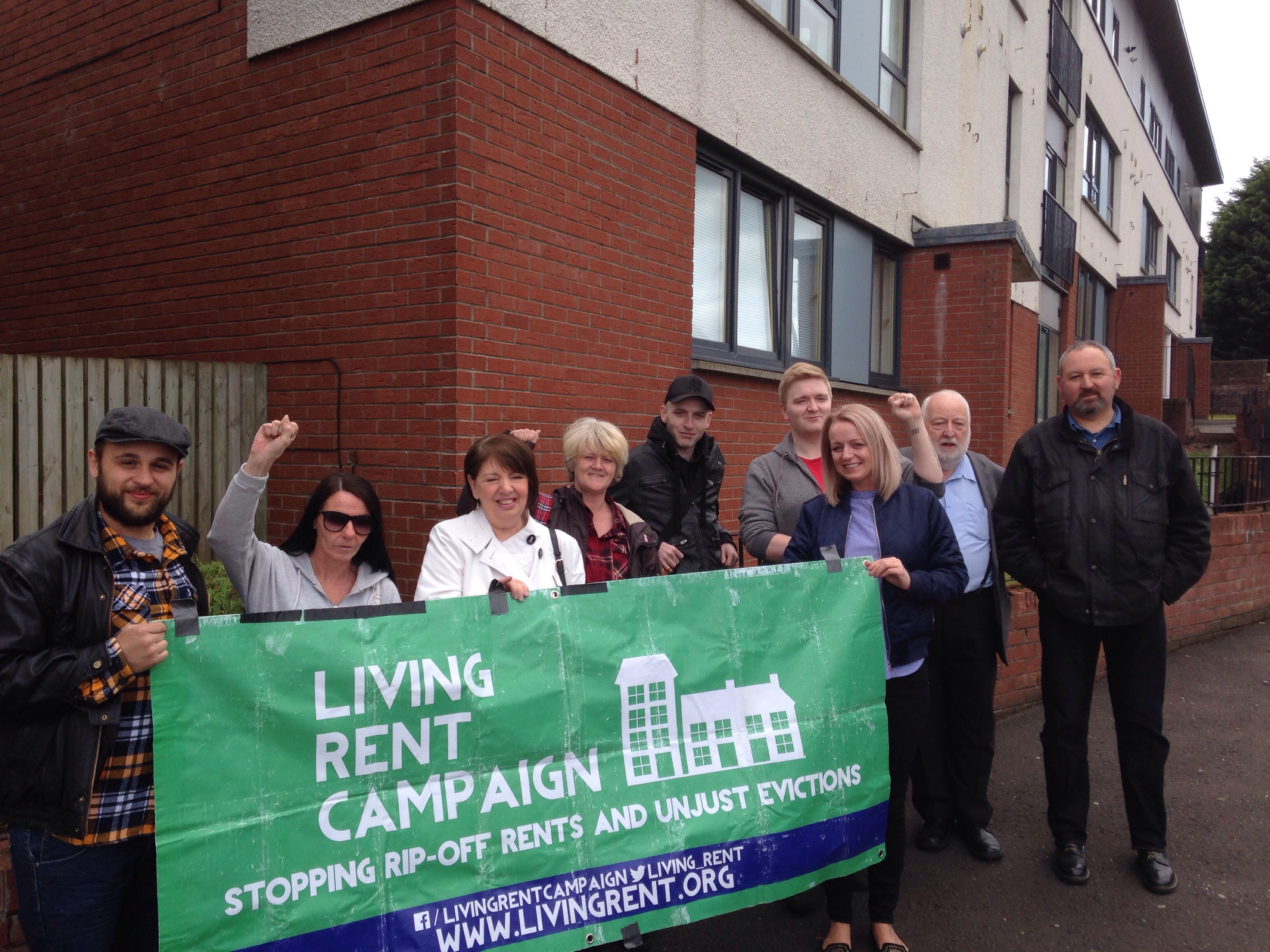 Tenants’ union Living Rent has secured a new home for single mum Amanda Gallagher who was facing imminent eviction from her and her son’s family home.

Amanda’s struggle began when her letting agent, Glasgow-based AVJ Homes, demanded she pay an illegal £20 admin fee for renewing the contract for her rented flat. After refusing to pay, Amanda was served notice to quit.

Amanda soon discovered that she wasn’t able to find an alternative property at an affordable price and close enough to her 5- year old son’s school in Glasgow’s King’s Park area. She turned to South Lanarkshire council for help, but was told she would be facing a 9-month waiting list for a property.

With nowhere to go, Amanda was forced to defy her notice to quit and stay in her flat. A night before her eviction was due, her letting agent and landlord tried to force themselves into her flat and intimidate Amanda.

With the help of Scotland’s tenants’ union Living Rent, Amanda managed to engage in negotiations with her letting agent about the terms of her eviction. 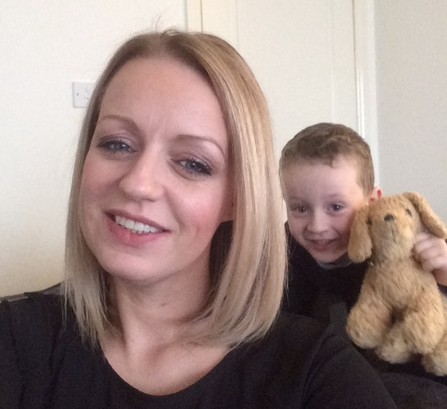 At the end of last week, Living Rent secured a new home for Amanda and her son Dominic at an affordable price and in the right location. The letting agent also agreed to to reimburse all illegal fees Amanda had paid over the years.

Amanda’s case highlights the vulnerable position that many private sector tenants’ find themselves in, and the persistent illegal practices Scottish letting agents are engaged in.

Amanda said: “I had lived in this flat for two years, never missed a single rent payment.  I was asked to sign a new lease and pay £20. I replied I would sign the new lease, but I'm no longer willing to pay anymore illegal fees. Few days later I had another email with my notice to quit.”

“I struggled to find anywhere else to live, that I could afford. I kept on getting ignored by AVJ so it didn’t feel like they could help me.”

“To have people to support of a tenants’ union is overwhelming. I have now passed Living Rent’s details onto other people having problems with landlords. It is re assuring for tenants to know there is help out there when feel alone and not sure what to do next. I am so grateful for the amount of help I have received.”

Sean Baillie, Living Rent’s organiser, said: “Amanda’s story shows how vulnerable tenants’ are to the whims of their letting agents and landlords. Without the support from Living Rent, Amanda and her son might have ended up without a place to call home.

“We’re pleased that AJV have now taken steps to rectify the wrong they did to Amanda, but without Living Rent’s intervention, this might not have happened.”

“Amanda is not the only tenant in Scotland that has to deal with rogue letting agents and landlords, and it’s clear that a strong tenants’ union is badly needed. But we also need politicians to step up and make sure that landlords and letting agents in the PRS can’t get away with illegal practices.”