Landlords and letting agents from across Scotland were in Glasgow this week to attend a gala day, the day was hosted by the Scottish Association of Landlords (SAL) and the Scottish Council of Letting Agencies(SCLA). The event was billed as a training and information day on the new Private Residential Tenancy Act, introduced by the Scottish government last December. The event was a chance for letting agents and landlords to get together for a swanky day out in one of the cities hotels.

Glasgow members decided to pay them a visit to present them with a Symbolic cheque from the “Bank of illegal fees” and to highlight the issues around Illegal fees still being charged by letting agents across Scotland, 6 years after the law was changed to outlaw them. Credit checks, Administration, Referencing fees or however they are dressed up are all illegal!

You can only be charged for monthly rent and a security deposit. 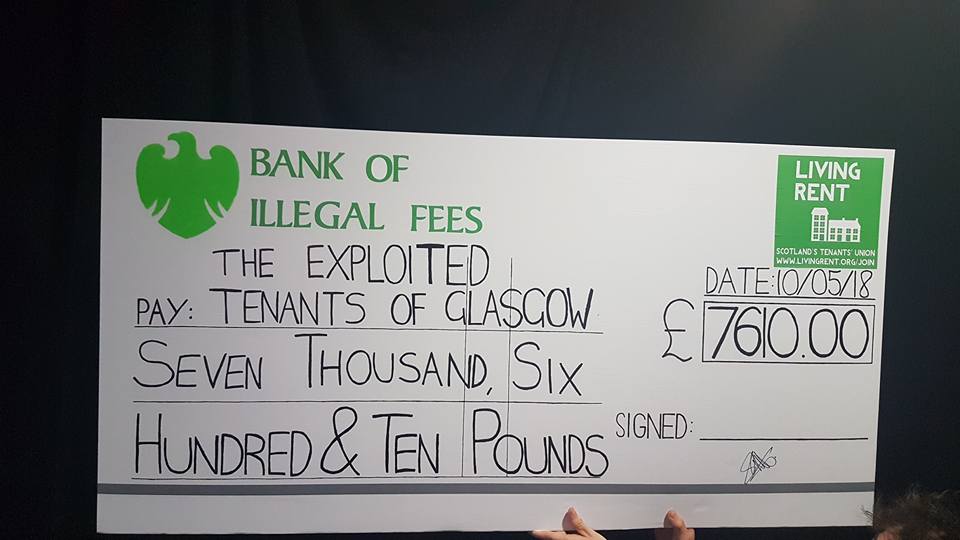 Members of our union met up a short distance away from the hotel before we heading to make our intervention in the main hall, inside Letting Agents and Landlords wee being treated to lunch in a room full of stalls where dozens of service providers where there to sell their services to prospective clients.

We made our way straight through the front doors of the hotel and in to the heart of the conference, we then took over the middle of the floor to present our cheque and make a short speech denouncing the practice, and inviting letting agents and landlords to sign the cheque as way of saying they do not and will not charge illegal fees. During our short statement the head of the SAL tried to intervene, but our members moved in to protect the speaker from this attempt. With the statement read out to the conference, we invited letting agents and landlords to sign the cheque and one letting agent bravely broke ranks and signed the cheque to a chorus of applause from our members. 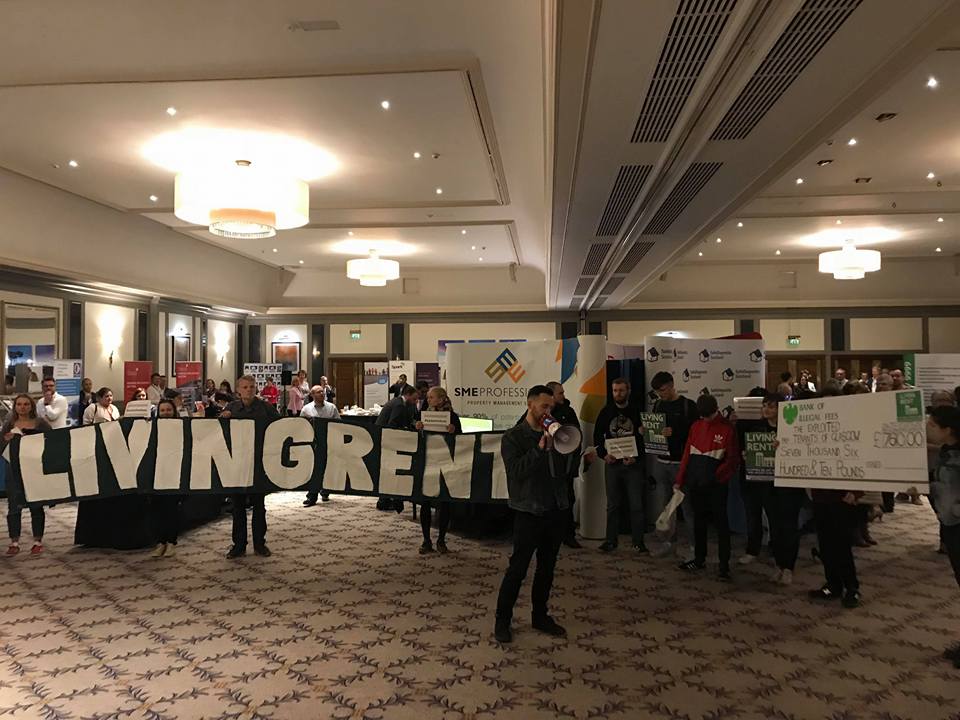 The head of SAL then proceeded to hold a informal huddle with our members right there in the hall where he outlined that his organisation agrees with us that fees are illegal (thanks for that one we know the law too) but refused to say they would publicly call out letting agents who are breaking the law if we provided evidence.

We left after agree to meet with SAL on these issues, the action was a huge success and show of strength from our members that tenants will no longer be bullied by letting agents flouting the law. 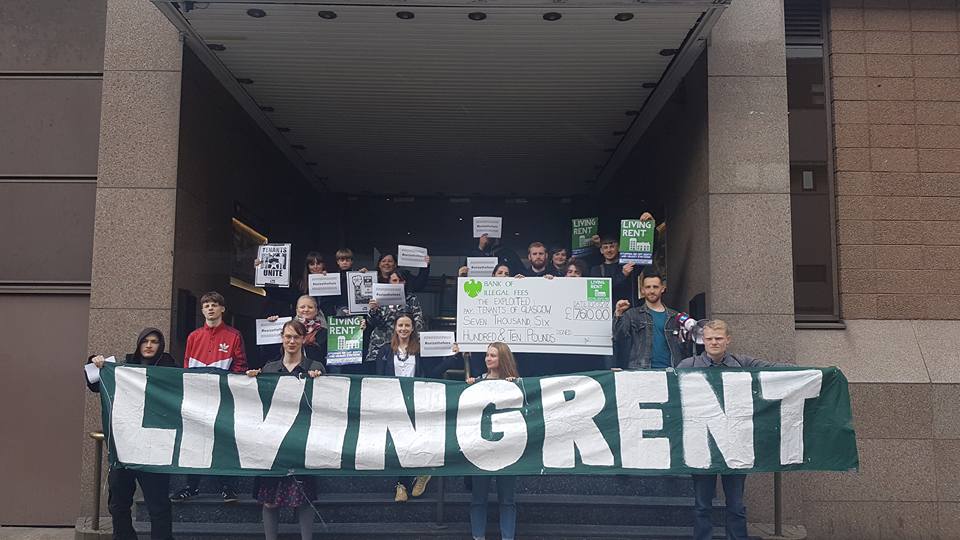 The final thing to say about the day is that this whole conference is paid for by tenants rent money, we pay it to letting agents and they along with corporate partners who want stalls at the conference pay money to organisations like SAL SCLA to be their industry voice, but where was the tenants where were the tenants unions? Nowhere that’s where. The whole industry exist because of tenants and the money we pay in rent each month and without it these big fancy corporate events wouldn’t exist, They have our money and more often than not they have the ears of politicians and councillors alike, that’s why it’s vital that tenants join the union so we can have a collective voice to fight back!!!

Transcript of the branch's statement read out during the action.

We’re here today to highlight the widespread charging of illegal fees to tenants in Scotland. Since 2012 it has been illegal to charge anything other than rent or deposit and yet since our founding our members have consistently come forward with evidence that they have been charged these illegal fees.

From today Living Rent is putting every letting agent on notice. We will be taking further action to reclaim any and all fees charged and bring an end to this practise entirely. Every letting agent here who agrees that these fees should not be charged to tenants in Scotland is invited now to come on stage and sign this cheque."

Fill out the survey here.

Join Living Rent today from as little as £3pm and play a part in this campaign.