After only five days Infiniti Properties have backed down and our member has had £600 returned to him, this includes £180 in illegal fees they had been charged.

To say this has been the strangest case yet wouldn't be an exaggeration. It went from a simple deposit and fee dispute to a full blown siege and standoff over two days.

To recap, one of our members contacted Living Rent over an illegal fee that had been collected by their letting agent and disputes over deposits. When we arrived at Infiniti Properties they had locked the door to the office, shut the blinds, hired two security guards and called the police. 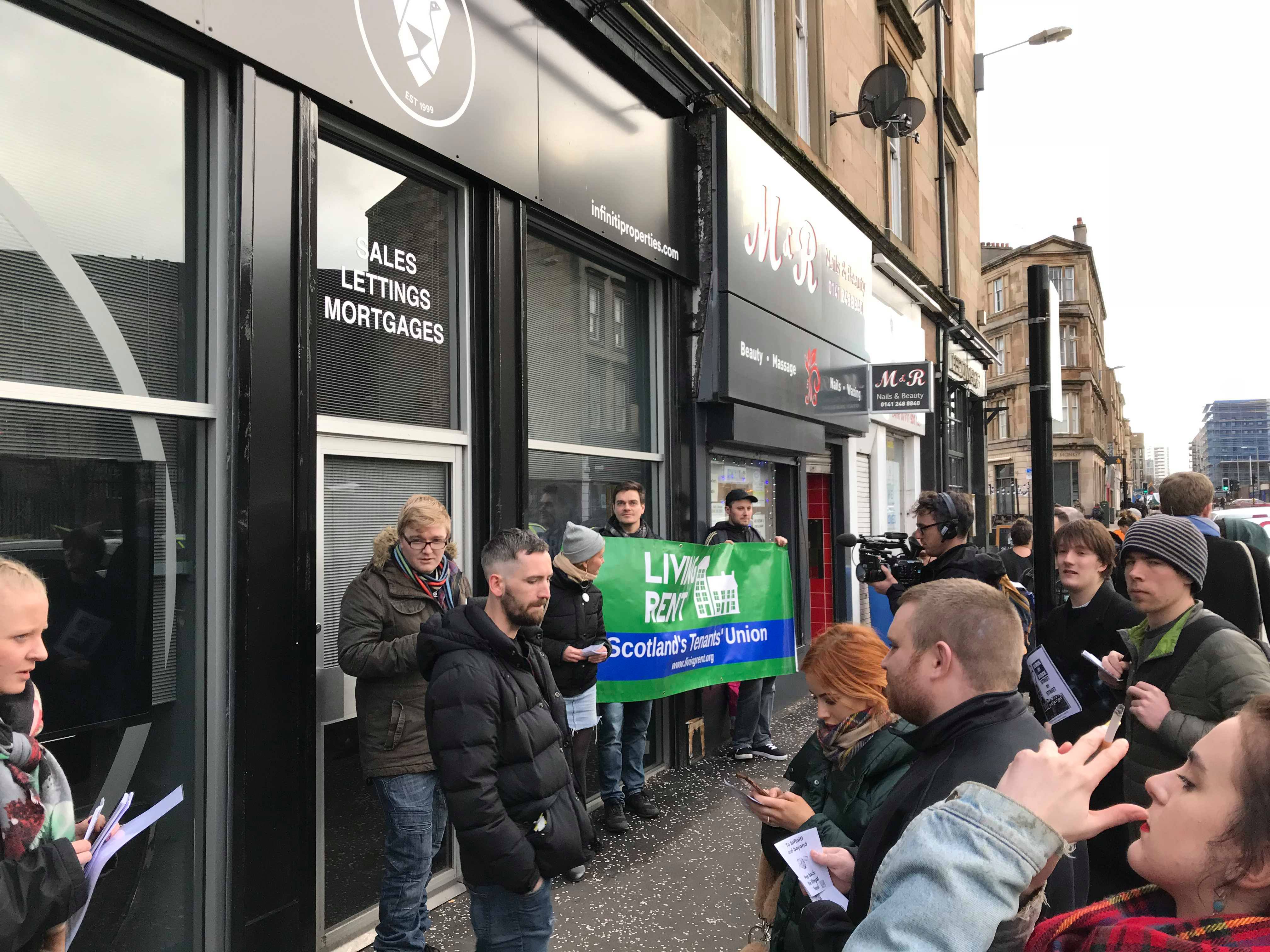 A siege ensued and we picketed their offices with over a dozen members and supporters for over four hours. The next day a small negotiation team returned and attempted to de-escalate the situation, however once again we found the door locked and the police called.

A bizarre situation unfolded over the next hour as Infiniti Properties used a police sergeant to negotiate with our team who were having some tea and coffee nearby. Finally this resulted in a meeting being arranged with the Managing Director to talk about the issues.

Five days later – and 6 days before the meeting was due to take place – Infiniti Properties got in touch with an offer, and after some negotiation by phone and email we won back £600 for the tenant.

The extreme measures with which Infiniti reacted has proven that companies like them are not used to being challenged by organised tenants. Our members have shown that discipline and solidarity in the face of rogue landlords and letting agents goes a long way to ensuring the rights of tenants.

Not locked doors, security guards or police will deter us from getting justice for our tenants and members.

Anyone who has faced similar problems and would like to know more on how to fight criminal fees and stolen deposits are encouraged to join Living Rent Scotland's Tenants Union here.
Read more on how this dispute was won here.