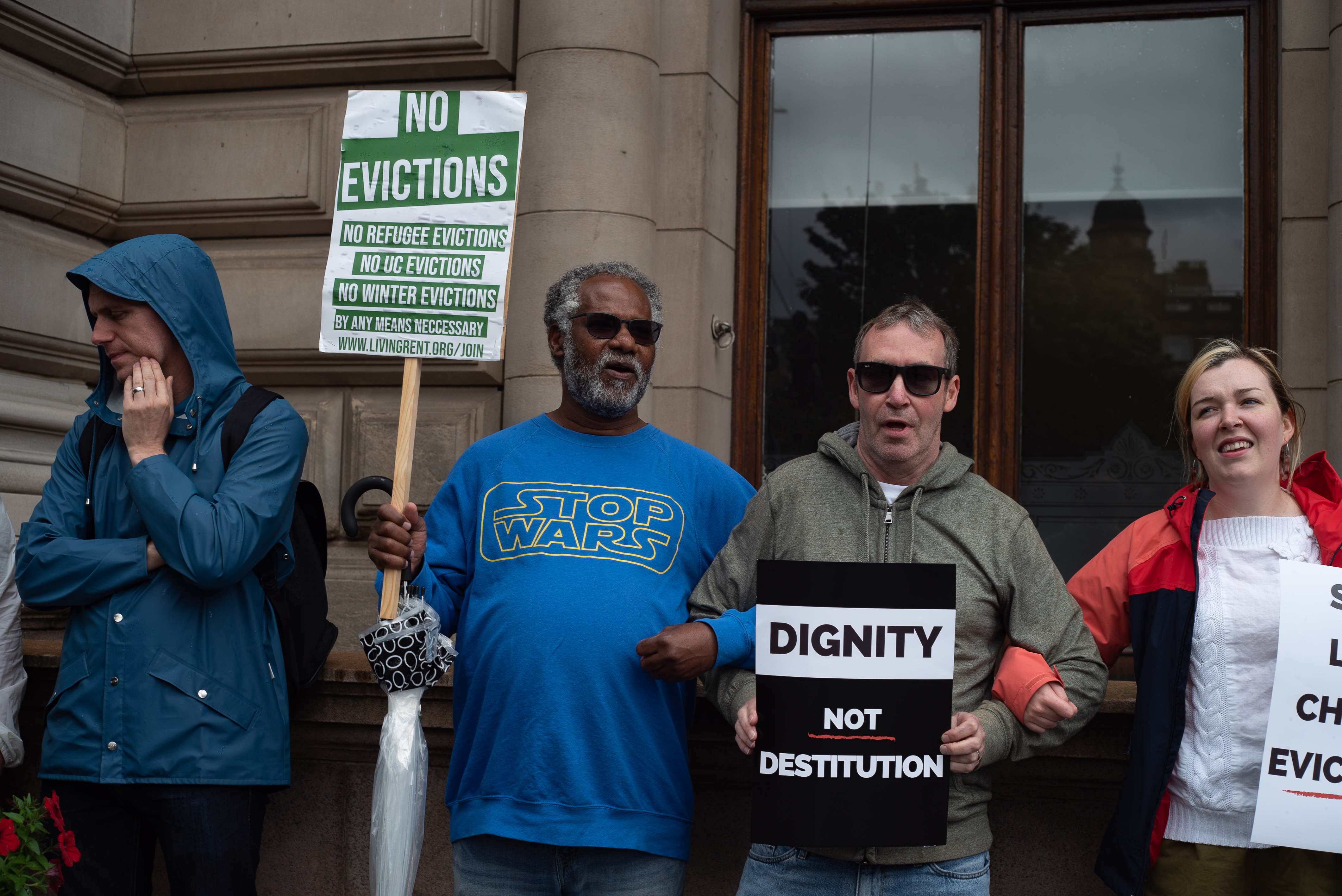 Last summer, Glasgow City Council set up an Asylum Seeker Task Force in response to the public outcry over Serco’s 300 planned evictions. Their final report, released in February 2019, was chaired and published by council officials:

Most shockingly, the taskforce report admitted the council's failure to provide a solution “for people who become appeal rights exhausted, with no legal right to remain, who are not now eligible for support (Section 4) for accommodation or subsistence from the Home Office”. The council FAILED to recommend any solutions for many of the very people that the task force was set up to support.

In a letter to Living Rent, the council has claimed that it is unable to act to provide emergency accommodation without “change to legislation”. However this is not true, as it has been clarified by the Scottish Green Party in response to the newly released COSLA guidance in February 2019. Patrick Harvie, co-convenor of the Scottish Greens, commented that “there is no blanket ban on using public funds to provide accommodation to asylum seekers who face destitution”. Even in situations where a person has no recourse to public funds there are nationwide examples of councils involved in setting up schemes to provide extra support.

Finally we know that approximately 60 of the 300+ people facing evictions have received right to remain status and for whom the city council has a duty to provide housing and support. But the council has not yet declared how it will provide this support or if any plans are in place for those facing destitution.

Following three confirmed evictions of Serco tenants, we believe that the City Council has failed to properly respond to the crisis and therefore has delivered a letter to the Council, outlining the following demands.

Serco has resumed their planned inhumane lock-changes. 300 Glasgow households are on the brink of homelessness. Now is the time for the council to take meaningful action.

We, Living Rent, Scotland’s tenants’ union, demand that the council house those made destitute by the inhumane Home Office policies carried out by Serco. 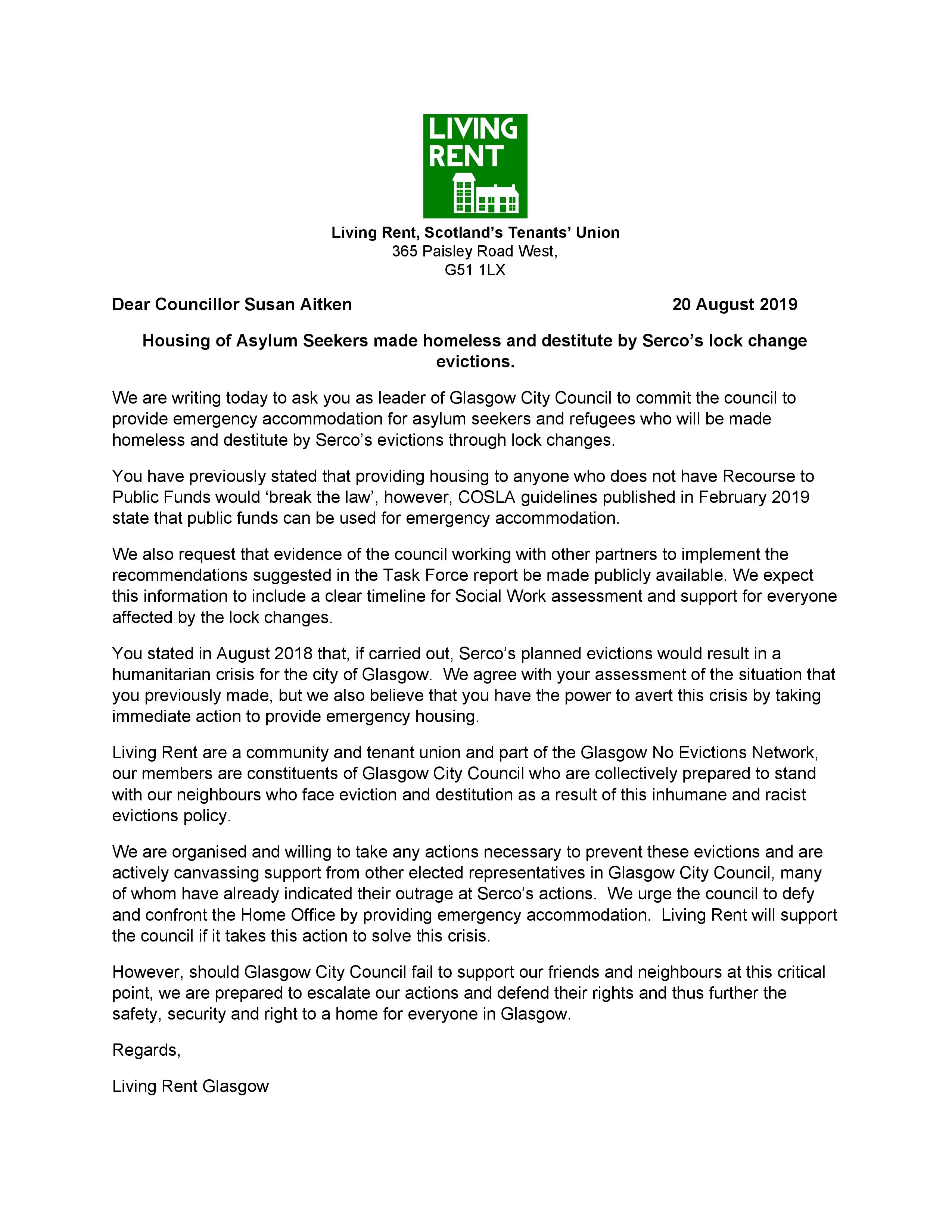