Making the case for rent controls 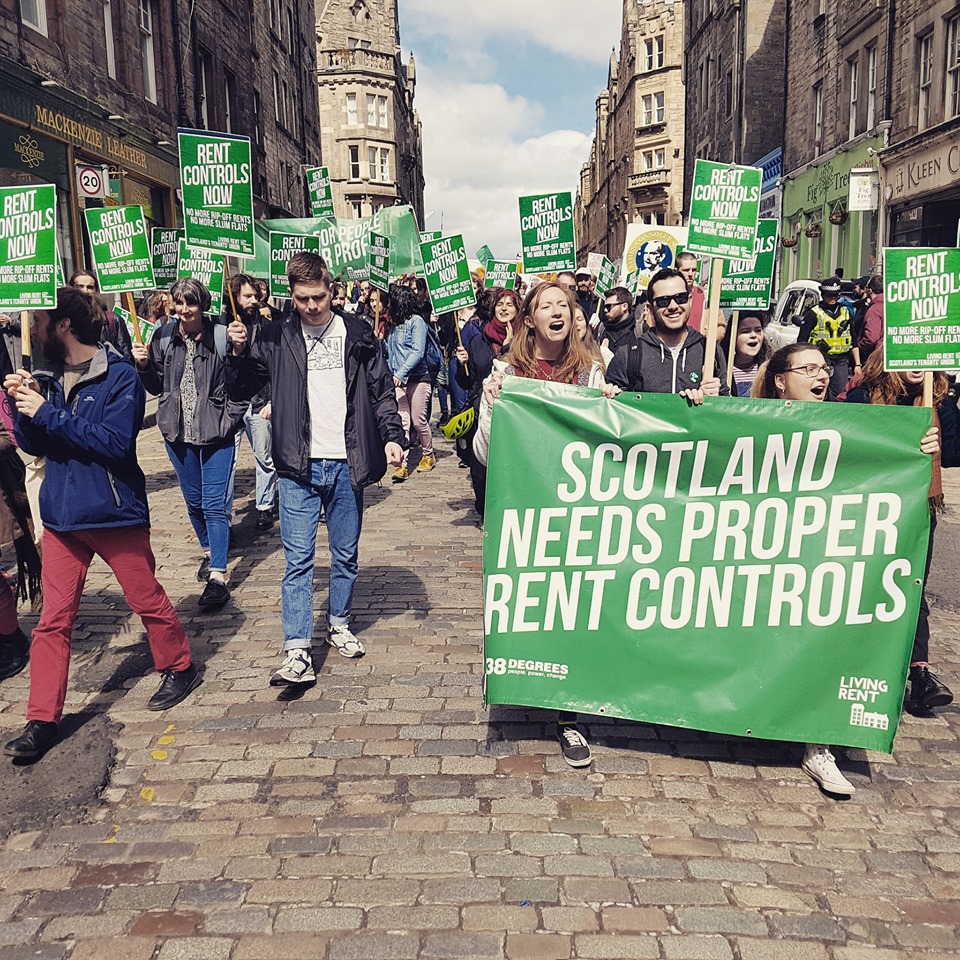 Living Rent built itself notably on the sustained efforts by tenants between 2014 and 2016 to shape the 2016 Private Housing Act. After a two year long campaign for secure, quality and affordable housing, the union won legislation which provided more secure tenancies and a first attempt towards rent controls: the rent pressure zones. This was a real victory for the tenants' movement: after 30 years, rent controls were on the table again as a sensible solution to tackle the housing crisis!

However, members across the country quickly realised that such rent pressure zones are just impossible to put in place: local councils don't have the information needed to select 'rent pressure zones' and even then, capping rent increases is just not enough. We believe that rents need to go down and need to be tied to the quality of housing.

As a result, in 2018, Living Rent members launched their own proposal for rent controls with the think thank Common Weal (see here), showing that rent pressure zones have failed, both in theory and in practice. Rather, we pushed for a new model of rent controls, based on the lessons learnt from 100 years of rent controls across the world, and designed to meet the needs of Scotland's housing system.

In 2020, members across the country experienced the sharp end of the pandemic: when incomes were cuts as people were furloughed or lost their jobs, rents were not. Whilst we have supported individual tenants to negotiate rent reductions, we know that a national approach is needed when in the Lothians and greater Glasgow rents have got up by 40 to 46% in the last 10 years. That is why in 2021, we have made rent controls a key aspect of our manifesto for better housing in Scotland, with the combined aimed to reduce rents and tackle poor quality housing - you can read more about our Manifesto here and sign our petition here. We will continue to fight for rent controls, in the streets, in each neighbourhood and at parliament.

Scottish tenants need rent controls and Living Rent is fighting for them.