As rough sleepers were cleared from the streets for the R**** W****** on Saturday 19 May, Living Rent Glasgow organised a day of radical education around the ongoing process of social cleansing and the battle for our cities now raging. From the council estates of south London to the streets of Glasgow’s East End, working class communities are facing a life or death struggle for existence against the forces of capital and the land developers, speculators and politicians turning a profit as poverty, insecurity and homelessness accumulate. As a tenants’ union, our fight against rip-off landlords and parasitic letting agencies is part of this wider struggle, and the event was a great example of the resistance which is possible.

The day started with a screening of new documentary ‘Concrete Soldiers UK’, which charts the scandal of the ongoing mass demolition of council estates in London, and the resistance of local communities. Director Niki Woolf and journalist Andy Worthington introduced their film, and built the links between the struggle in our two cities. 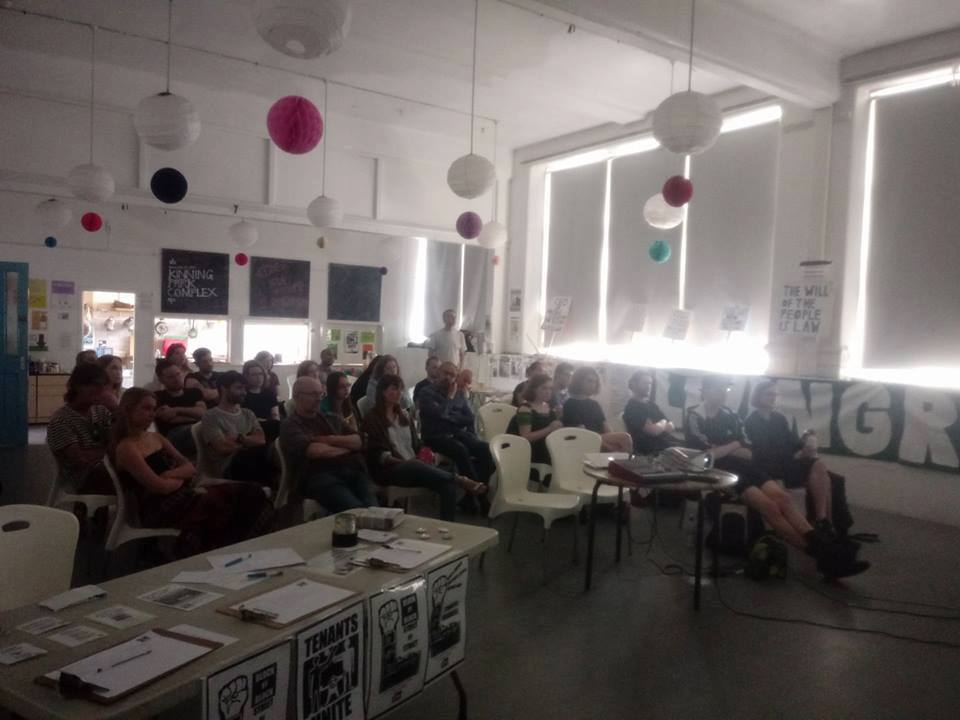 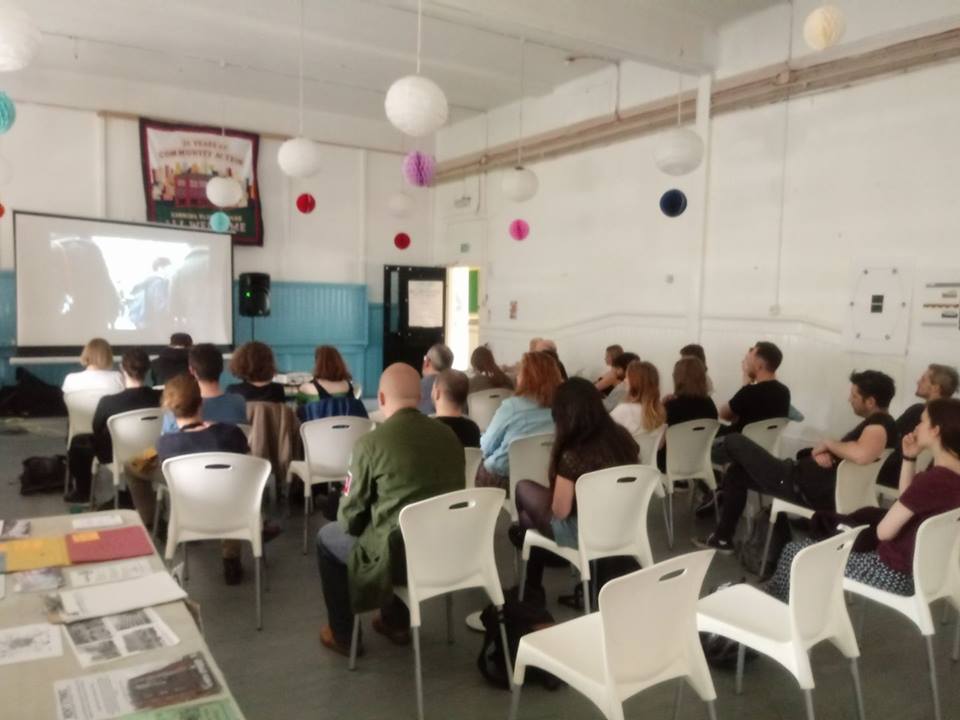 "As the UK housing ‘shortage’ is finally becoming a major political problem, housing campaigners across the UK are moving towards a united front to provide one strong voice.

"We travelled up to Edinburgh and Glasgow to show the film, and the event organised by Living Rent felt like a perfect way to combine resistance, inspiration and informative discussions.

"'Concrete Soldiers UK' provides the context to the housing situation in a very clear and simple way which can feed into any housing campaign.

"It needs to be watched by the many not the few."

"Bringing ‘Concrete Soldiers UK’ to Scotland for the first time was a great opportunity to compare notes about the housing crisis in England and Scotland, to confirm that the same lies and spin are used everywhere that councils and developers are putting profits before the needs of the people, and, hopefully, to begin to find way to build a UK-wide campaign of resistance.

"And it was, in addition, delightful to meet such friendly and politically motivated people, with such a strong sense of community, solidarity and social justice.

"Activists of Living Rent, you are a real inspiration, showing how things can be done!"

A central part of the documentary demonstrates the criminality which led to the Grenfell fire tragedy and the political motivations behind the installation of the deadly cladding: not for the benefit of residents, but for the gentrifying elements moving into the community. Next month, Living Rent will be organising protests and vigils in Glasgow in solidarity with the residents of Grenfell and to demand justice for the families and victims.

The film was followed by a discussion in the KPC community garden (in the sun!) 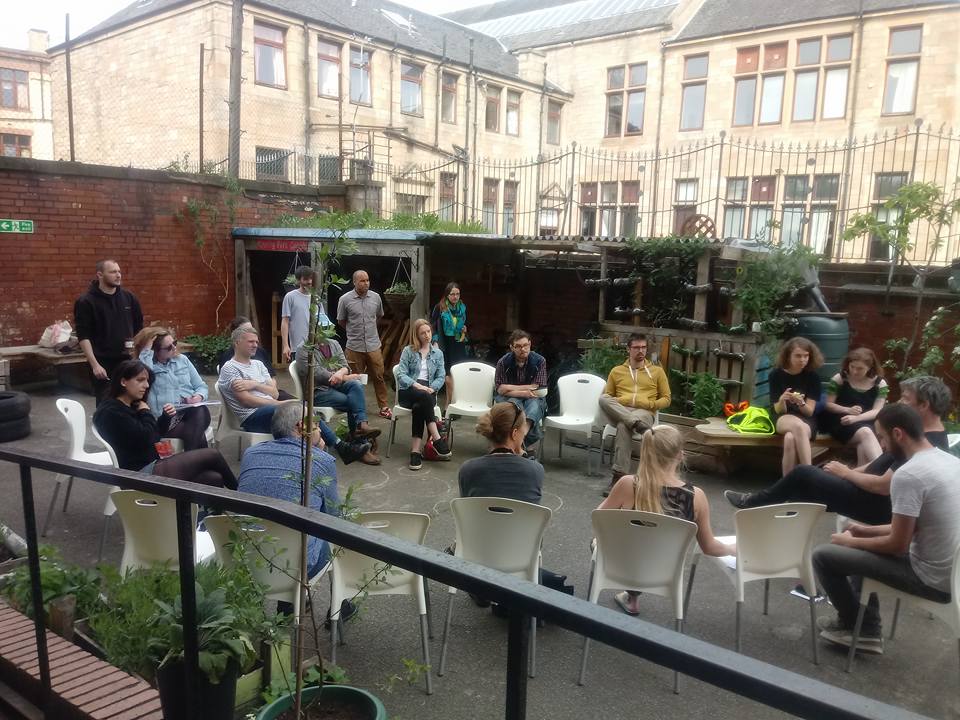 And then a workshop organised by GAG. Keira MacLean explained:

“GAG has two approaches to social cleansing, often referred to as ‘gentrification.’ With our Blueprint workshops we use art to explore the themed, origins and strategies of resistance through non-linear dialogue. What we learn enables us to work with others to produce conflict art and interventions. The violence of social cleansing cannot be ignored. We will not ask politely for our right to housing, to community, to life. We want Live!”

“It was great to finish the afternoon with this radical art workshop and to collectively produce some amazing posters. We need to continue having such workshops as they help us to think more creatively and turn each one of us into radical artists!” 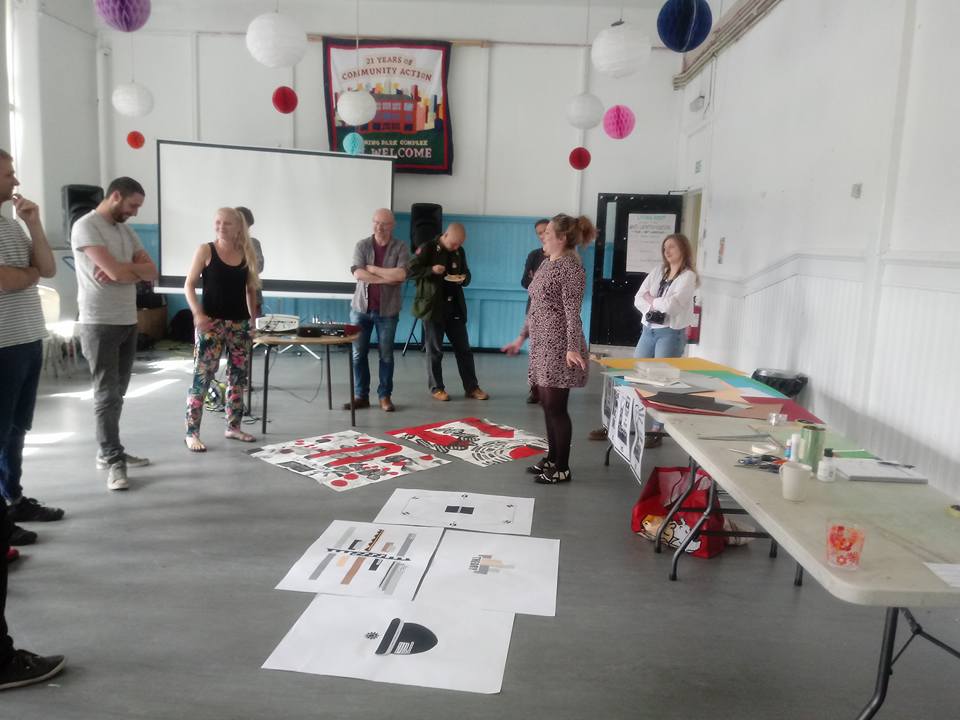 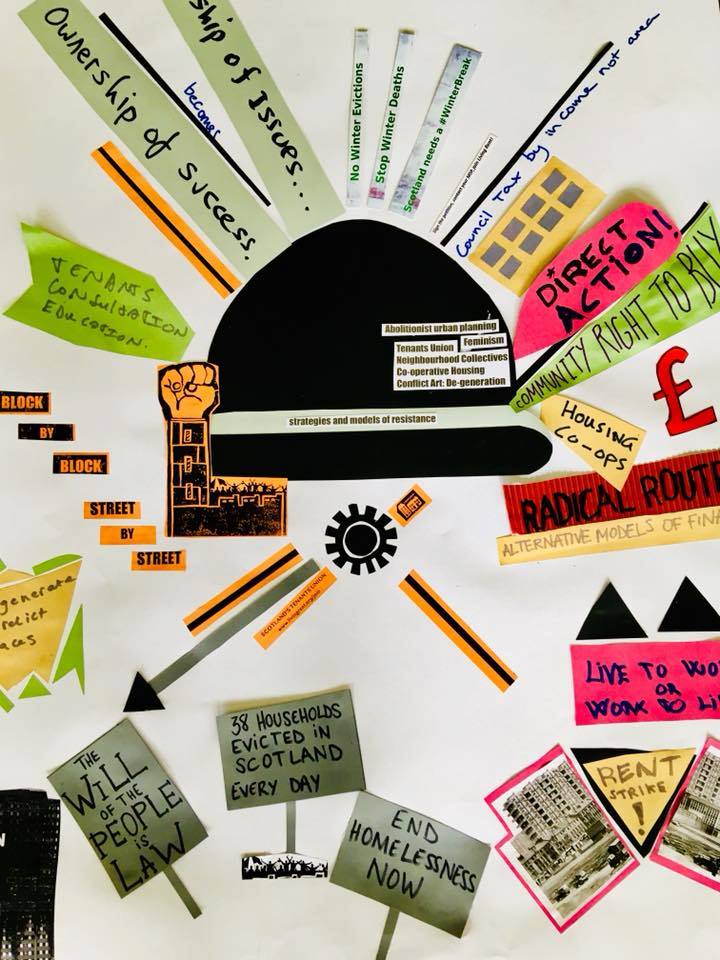 Over the past year, Living Rent has organised film showings, music nights, occupation teach-ins, public talks, direct actions, and member defence workshops in Glasgow. We want to build a culture of resistance, where as we tenants can unite in finding creative and collective ways to deepen our understanding of the housing crisis and demonstrate our real power.

Over the coming weeks, we will be collaborating with GAG and other groups and campaigners from around the country and beyond, to organise solidarity with Grenfell, explore the legacy of the Commonwealth Games, investigate gentrification in Partick and more.

Now is the time to join your tenants’ union – enough is enough!