Ending Illegal Fees Once and for All

Today our Seize the Fees campaign delivered a letter to Glasgow City Council and the Scottish Government demanding that they finally take action against the widespread practice of charging illegal fees. 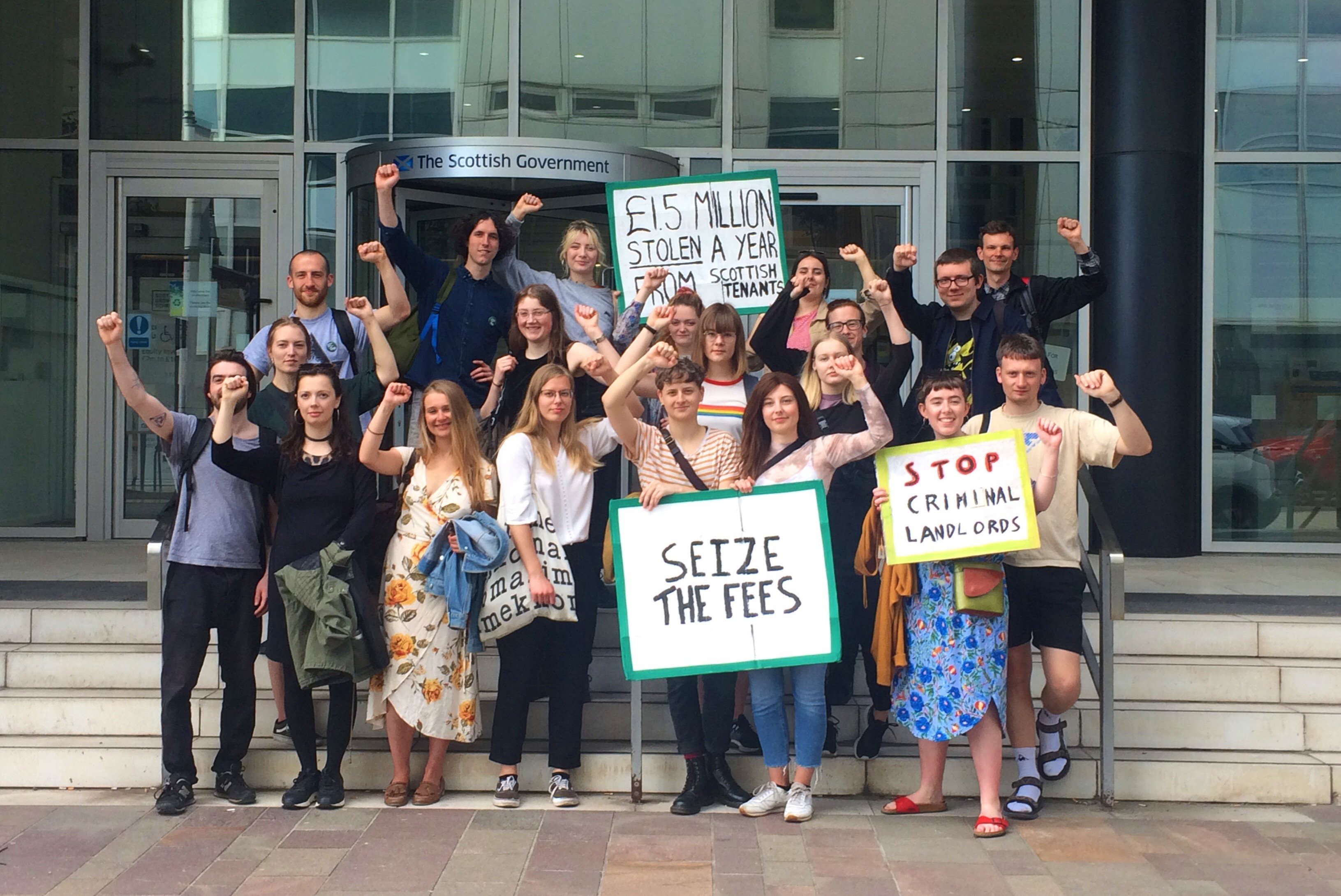 Over the past year, our Seize the Fees campaign has targeted letting agents who continue to charge illegal agency fees with the aim of stamping them out once and for all. Through volunteer-led research, negotiating teams, direct action and pickets, we have exposed the industrial scale of this exploitative practice. Conservative estimates are that £1.5million worth of fees is being extracted from tenants annually in Glasgow alone. Despite the law being crystal clear that charging anything other than rent and deposit is illegal, enforcement of this legislation has been practically zero.

Living Rent has worked with tenants to take the fight right to the door of rogue businesses like Castle Residential and Infiniti Lets to win back thousands of pounds for our members. We’ve stormed landlord conferences and forced the Association of Residential Letting Agents and the Scottish Association of Landlords to the negotiating table. We’ve won collective agreements between our union and a number of letting agents that ensures the practice will be stopped.

While Scottish Labour's newly proposed Mary Barbour Bill seeks to expand tenants' rights, it does not yet go far enough and does not address the continued practice of charging illegal fees. We need strong enforcement to back up existing and future law and both Scottish Labour and the SNP have an obligation to ensure this happens.

We demand that those with the political power take serious steps to end this exploitative practice and take action against those agencies who break the law. We've done the research and shone on a spotlight on the worst offenders. It's time to enforce the law and put tenants' rights before letting agent's profit!