Report on the widespread charging of unlawful Letting Agent premiums was launched today by the Glasgow branch of Living Rent.

Following months of organising, Living Rent members in Glasgow have compiled a report on the widespread charging of unlawful premiums by the city's Letting Agents. 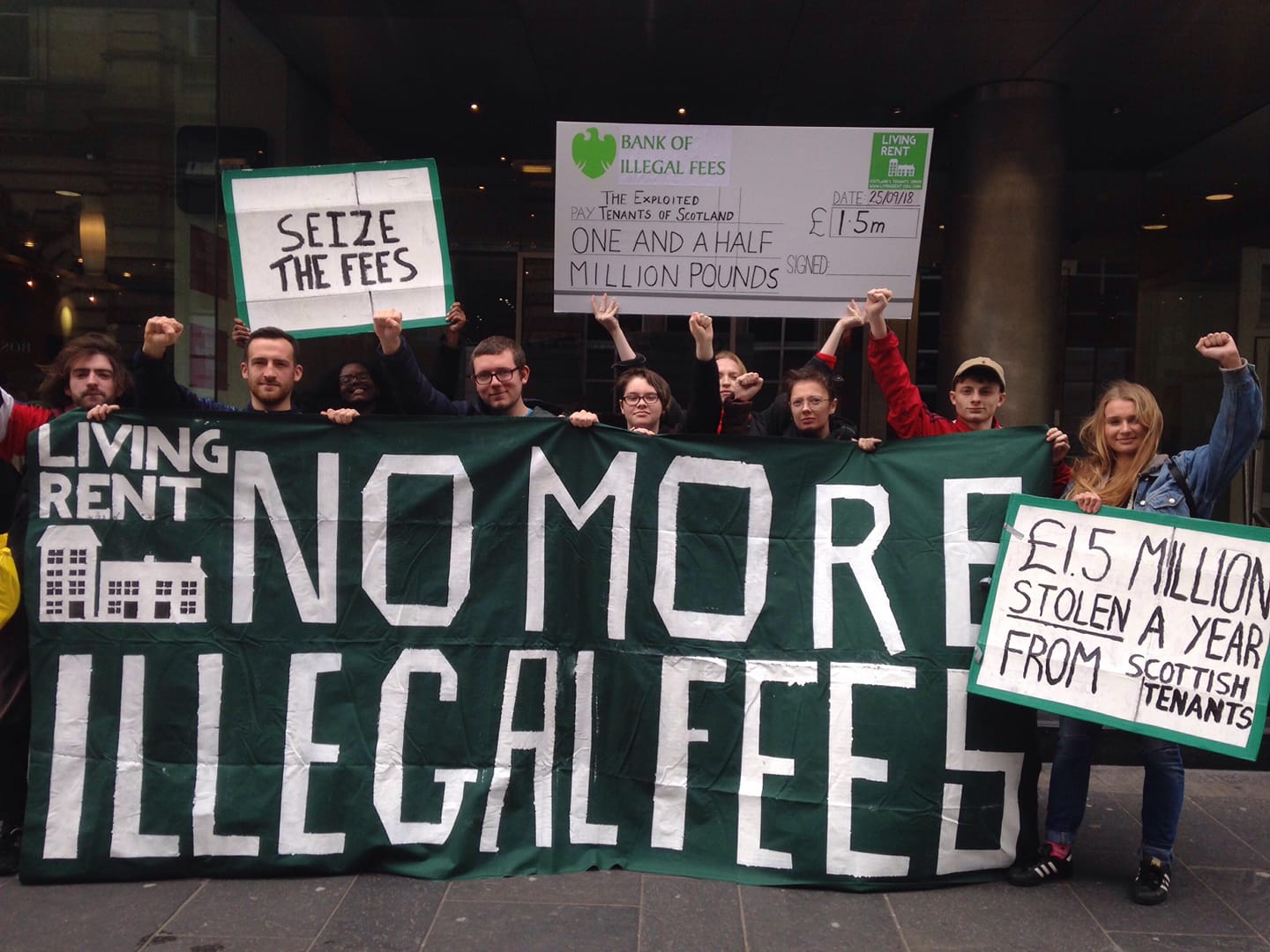 The Tenant led report has found that around £1.6 million in unlawful fees could be charged in Glasgow each year. The research complied from over 100 online and face to face interview has found the average fee per tenant to be around £110.  The sample size of 105 provides a shocking glimpse into the scale of the problem in over £11,384 being charged in total.

If the data collected over the last few months had to be extrapolated and a conservative estimate of just 5% of tenancies applied, it would show that £1.5 million a year in illegal fees is being charged by letting agents and landlords in Scotland. 93% of respondents reported that they had been charged an illegal fee.

Included in the report is a list of Letting Agents who have been named by former tenants, some of which have provided evidence of fees being charged. Some of these Letting Agents have in the past being contacted by our union and have reacted somewhat sourly to the idea of our members requesting the law is upheld or even that they are accompanied to any meetings by representatives of their union.

This refusal to meet has forced our members to take further action to raise awareness of the issue and press on with more radical campaign plans. We do not to force uneccisary confrontation or dispute between Letting Agents and Tenants and for this reason we recommend the following proposals in order to stamp out the practice for good:

We would like to use the launch of this report to encourage all Letting Agents operating in Glasgow to come forward and work towards these proposals and towards the eradication of unlawful Letting Agent fees by signing our template agreement. Any Letting Agents who wish to sign this agreement, in particular those who feel they do not currently charge premiums are welcome to email [email protected] an arrange for a meeting with our campaign team.

You can read the full report in detail here.