Living Rent and the GMB cleansing workers are standing together to demand greater investment in Glasgow’s cleansing services. Years of underinvestment have brought about a waste crisis which impacts daily on residents and workers alike.

In the past week, Living Rent members and Glasgow’s residents have been out in numbers standing shoulder to shoulder with the striking cleansing workers on their picketlines. The city’s residents and workers want the same thing - a clean city brought about by proper investment and a happy workforce. 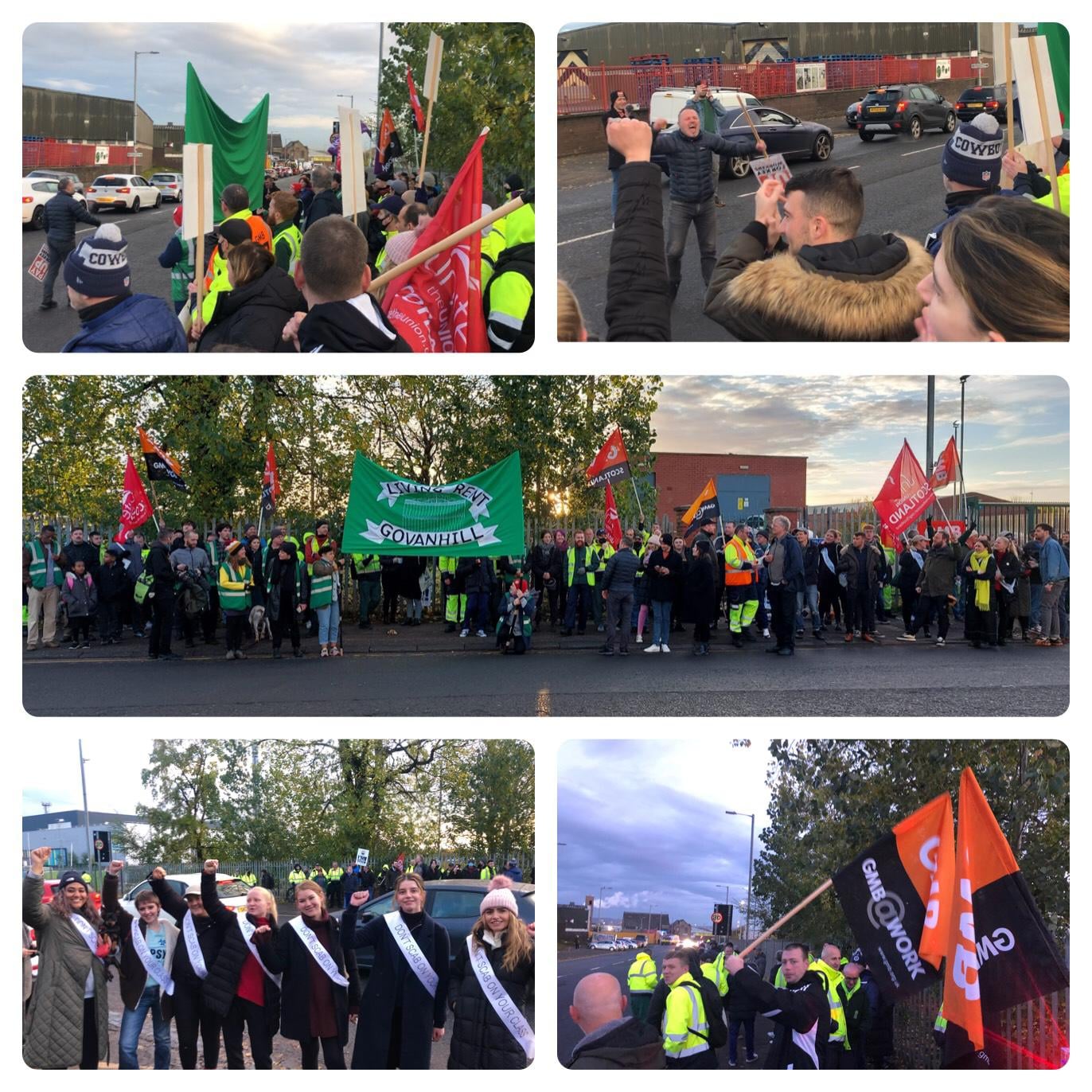 The context behind the GMB cleansing workers’ strike

This strike has not come about overnight. For years, Glasgow’s cleansing services have received chronic under-investment. The department is hugely understaffed, while wages have stagnated, leaving workers’ morale at rock bottom. Streets, lanes and backcourts across Glasgow are routinely left in unsanitary and even hazardous conditions. The Council’s enforcement on flytipping is insufficient, as are its efforts towards educating residents on recycling and waste disposal. Many of the city’s depots are in terrible condition with some cleansing workers having to walk through floods when it rains due to a lack of drainage.

Since the outbreak of the pandemic, despite lacking the proper PPE and being massively under-resourced, Glasgow’s cleansing workers have continued to put their health and wellbeing on the line for the good of the city. It should not have taken a strike to underline how important cleansing workers are to the upkeep of the city.

Living Rent and the GMB’s demands are clear: we want a return to 2014 staffing levels for cleansing workers, a cap on GCC employing agency staff at 5%, a reversal of the prohibitive bulk uplift charge, a return to the weekly collections cycle of 2014, and educating communities about refuse wastage in surrounding Glasgow areas and making a change to a better improved environment. 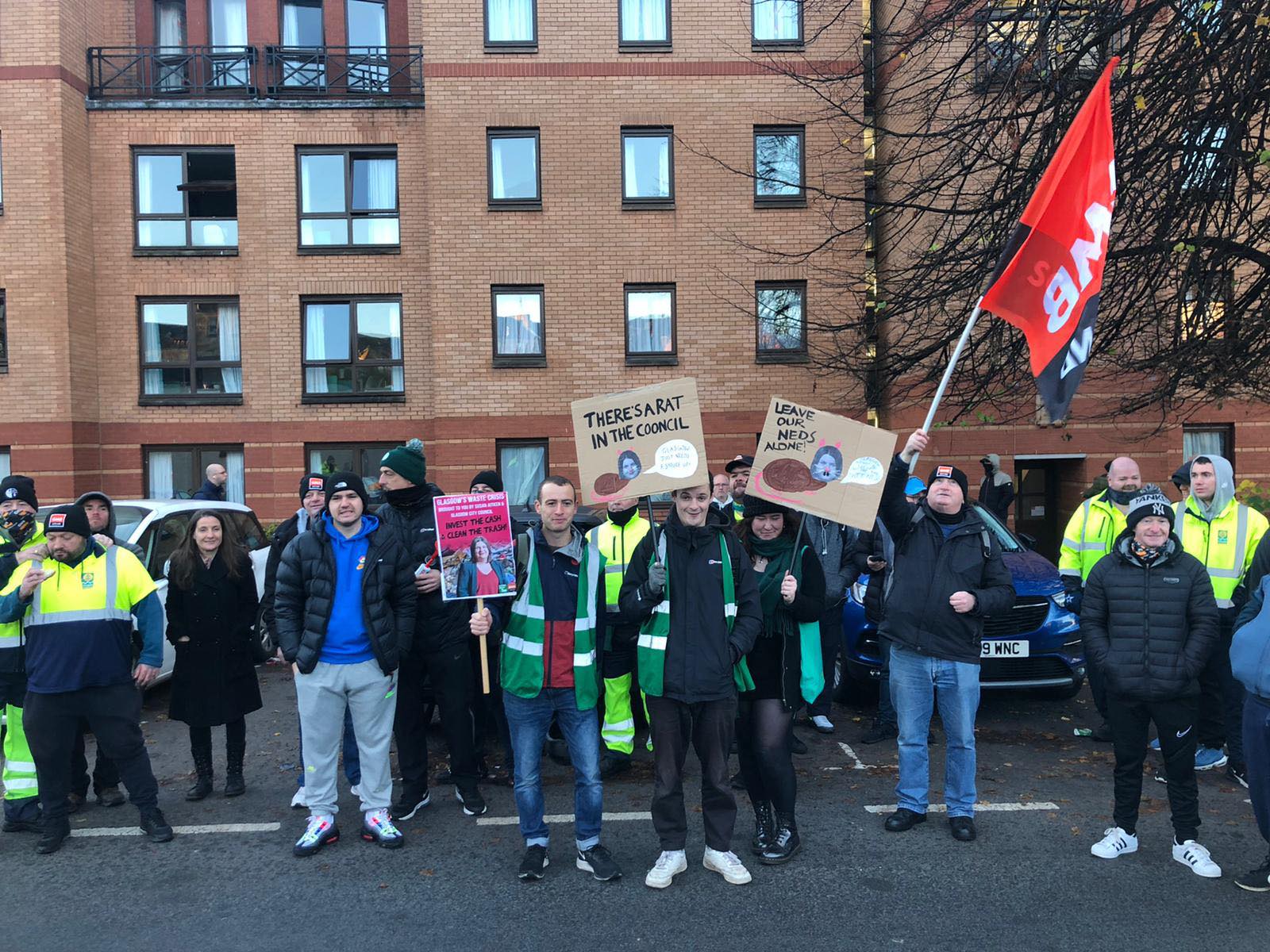 Living Rent wholly condemns the recent strikebreaking tactics from Glasgow City Council, who announced on Wednesday 4th November that they would be employing scab labour to undermine their workers’ industrial action. Bringing in other workers to do the job of cleansing staff on strike weakens the position of those on strike. It makes it less likely for workers to win their demands as there is only so long that they can go without full pay.

Glasgow City Council must get back round the table with the GMB, to find the lasting solutions the city badly needs. Glasgow needs far more than a “spruce up”: the city’s waste crisis must be addressed and it will require serious and lasting investment.

Solidarity makes us stronger - get behind the strikers! 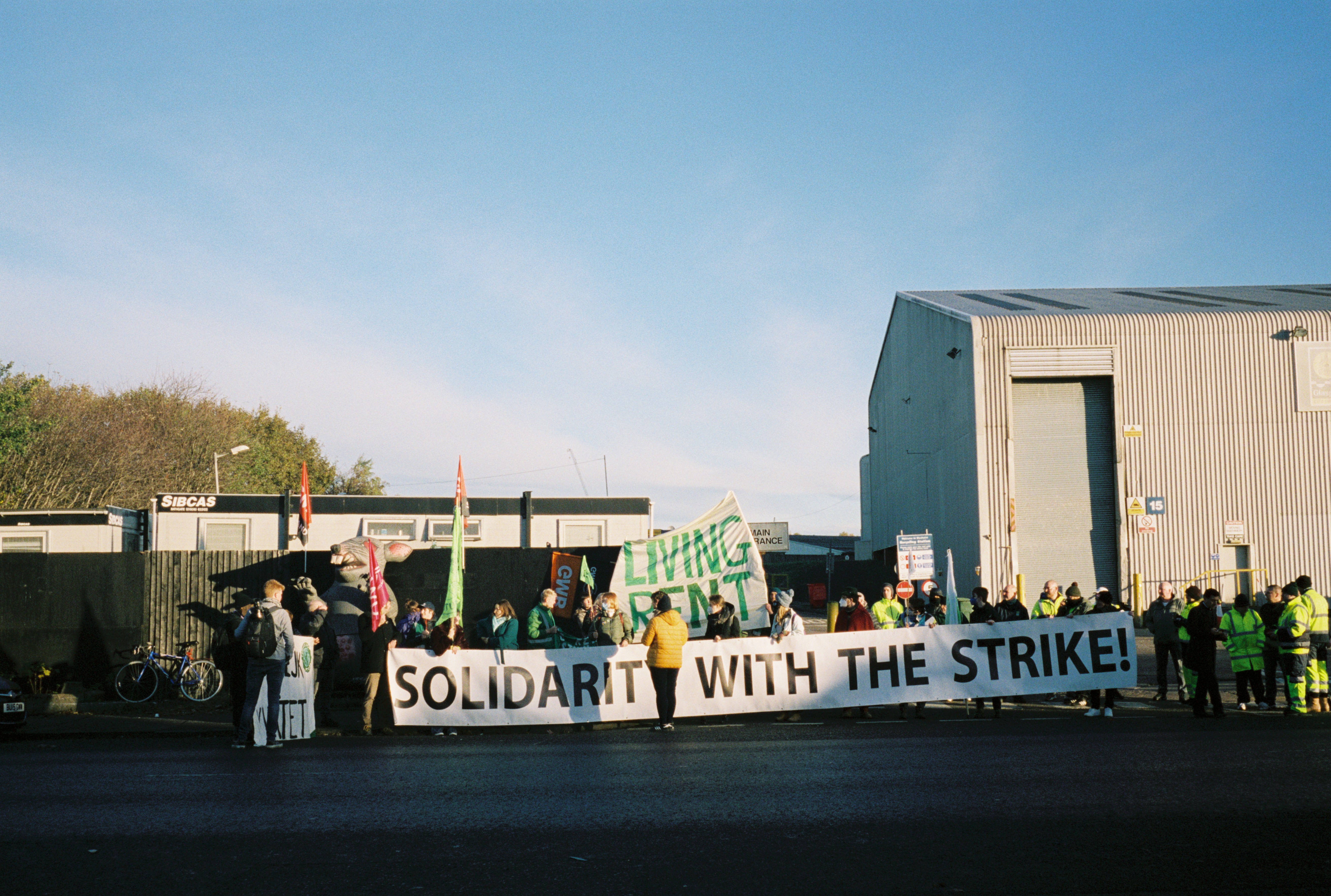 There’s power in a union! When residents and workers stand and take action together, there’s nothing that can stop us!

Stand with us not against us!