One year on since the Grenfell tower fire: No justice! No Peace! 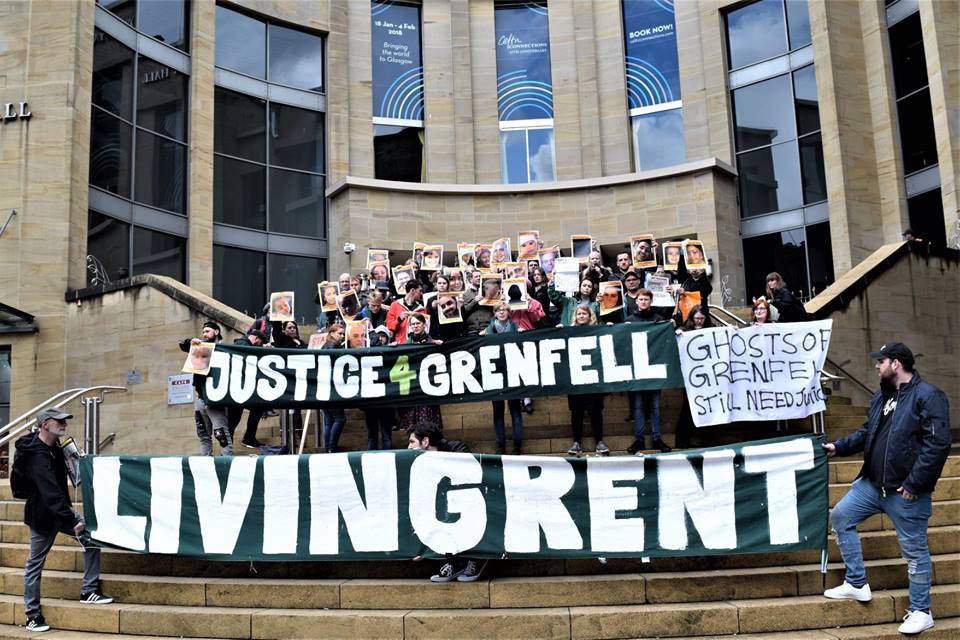 A year on from the Grenfell fire, we have gathered in Glasgow and Edinburgh to demonstrate out solidarity with the victims of the atrocity and remember the lives of those who died. We want to echo the call from families that such a disaster must never be allowed to happen again. We continue to demand justice for the victims and to demonstrate that what happened in London was not an accident, but a crime.

At Grenfell Tower, at least 72 people lost their lives, in the richest borough of London. It horrendously displays the violence of the housing crisis in our country and represents the ultimate demonstration of what happens when housing, people’s most basic right of shelter, is turned into a commodity, and the lives of working class people, are treated with contempt, while government politicians, local councillors, contractors, developers, speculators enrich themselves. Residents of Grenfell Tower explicitly and consistently raised concerns about the safety of their building for two years prior the fire and were ignored, harassed, issued with gagging orders and bans. Their security and concerns were side-lined by the local council, who despite a surplus of £330m that year, decided to ‘save’ £293,368 at the tragic expense of people’s lives.

We support and reiterate the demands by the survivors that were made one year ago including rehousing of all survivors in safe and adequate housing in the borough (only 82 out of the 203 households are in permanent new homes and 69 remain in temporary accommodation)[1]; requisitioning of empty properties if necessary to provide people with a home; a transparent and fair inquiry; and criminal charges to be brought against those responsible for turning the tower into a fire trap.

As Scotland’s Tenants’ Union, we are committed to fighting for affordable, adequate and safe housing for all tenants, wherever they are. We are committed to ensure that tenants are heard and respected by their landlords, be they private or public, because tenants often understand and know intimately where they live. Only this will ensure such an atrocity never blight a community again.

We stand with the people of Grenfell. Never again! 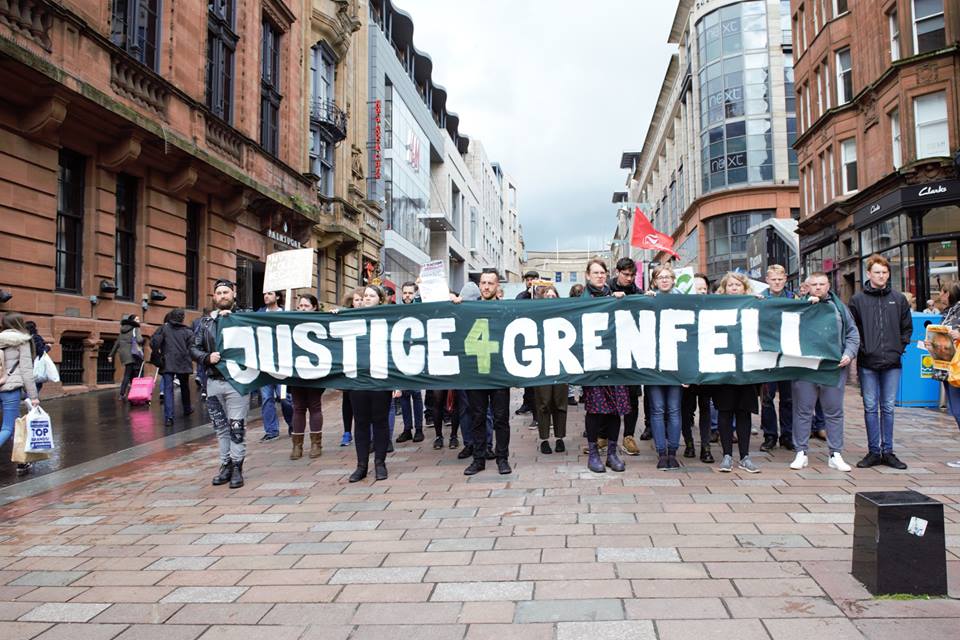