The Glasgow branch of Living Rent Scotland’s Tenants’ Union secured the historic agreement with HAP Lettings which further prevents and enforces against the charging of illegal fees on Thursday the 19th of November. 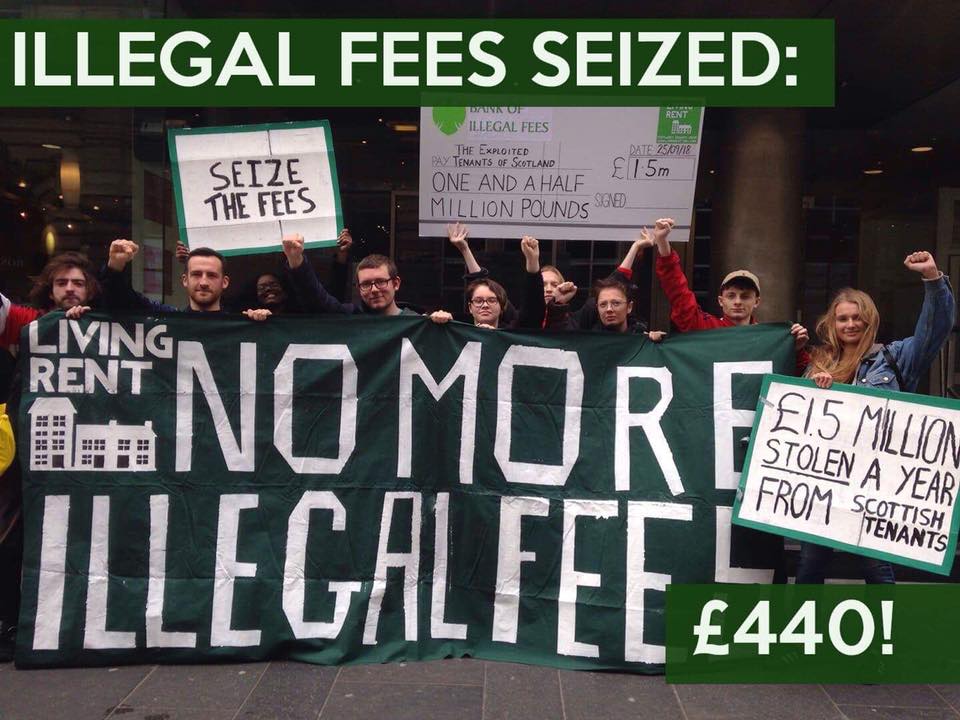 The agreement comes after months of research, campaigning and negotiation with Letting Agents and representative bodies such as the Scottish Association of Landlord (SAL) and the Association of Registered Letting Agents (ARLA). Despite negotiations seeming to break down due to the lack of engagement by the Letting Agent bodies with their members in attempt to ‘Freeze out’ Living Rent, HAP have stepped forward and signed an impressive agreement with our Union.

In a move which should serve as a beacon for other Letting Agents in the city to follow, HAP have signed an agreement which commits them to the following;

“The signatories below will never charge additional premiums to their tenants.

In particular, signatories agree that costs and labour incurred in referencing, credit checking, administration etc are the responsibility of the letting agents themselves. They therefore agree that it should not be demanded, encouraged or suggested that tenants 1) use third party services which will charge them a premium, 2) can ‘opt in’ to referencing, checking or administering themselves, if this will mean costs undertaken by the tenant. They recognise tht such suggestions amount to a condition of granting the tenancy and are therefore in contradiction to current legislation and the Letting Agent Code of Practice. 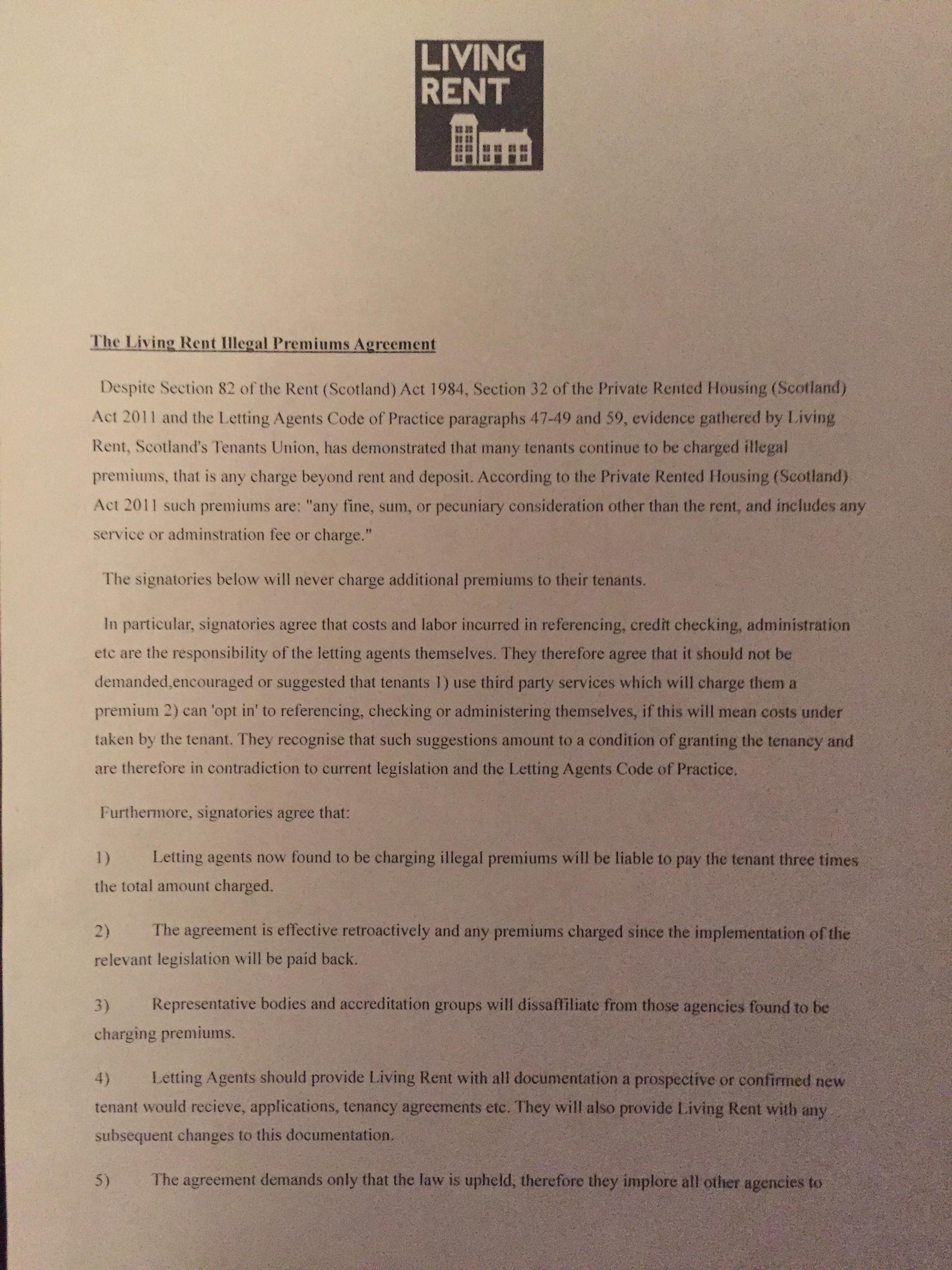 Living Rent as Scotland’s Tenant Union believes that this agreement is a historic one, in securing the agreement we have proven that an almost entirely volunteer run campaign can achieve massive and increased improvements to housing conditions when organised and working collectively.

We congratulate HAP Letting for being the first of what will be many to sign this agreement, their actions have proven that the demands set out in the agreement are not radical or obscene but that they are merely a reiteration of current legislation backed up by law passed democratically in the Scottish Parliament. 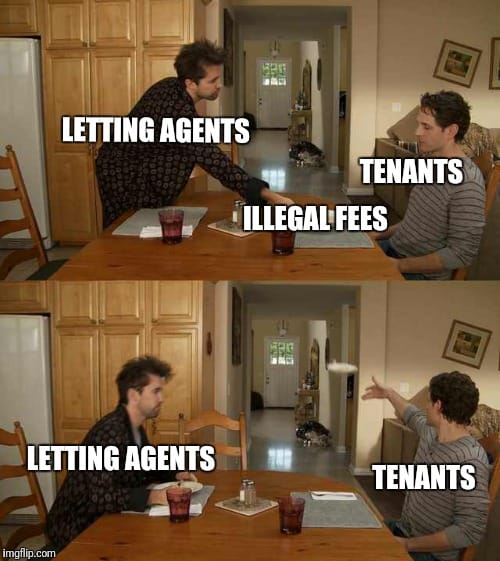 "From our research it is clear that a large number of letting agents across Glasgow and the rest of Scotland continue to charge these premiums originally outlawed in the late 80’s. From our interactions with some letting agents they do so with impunity. The complete lack of enforcement for so long shows clearly the balance of power between tenants, landlords and successive governments. These fees can amount to hundreds of pounds and present yet another barrier to decent affordable housing in a time when rents and homelessness are both on the increase. It is very encouraging that HAP have chosen to be part of the solution and it is now time for other letting agents to step up." “. 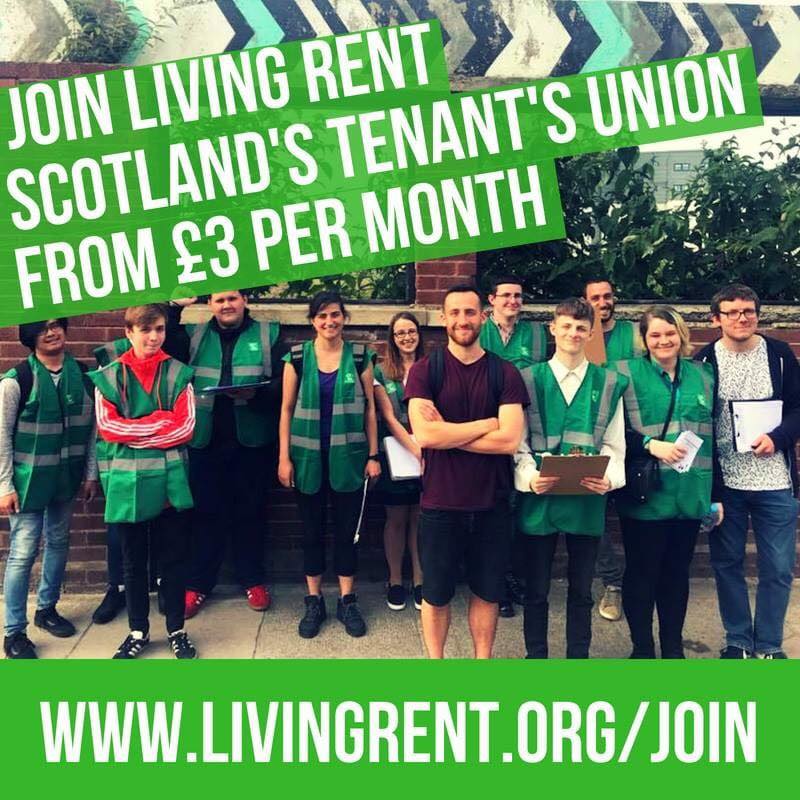