No evictions under Covid restrictions 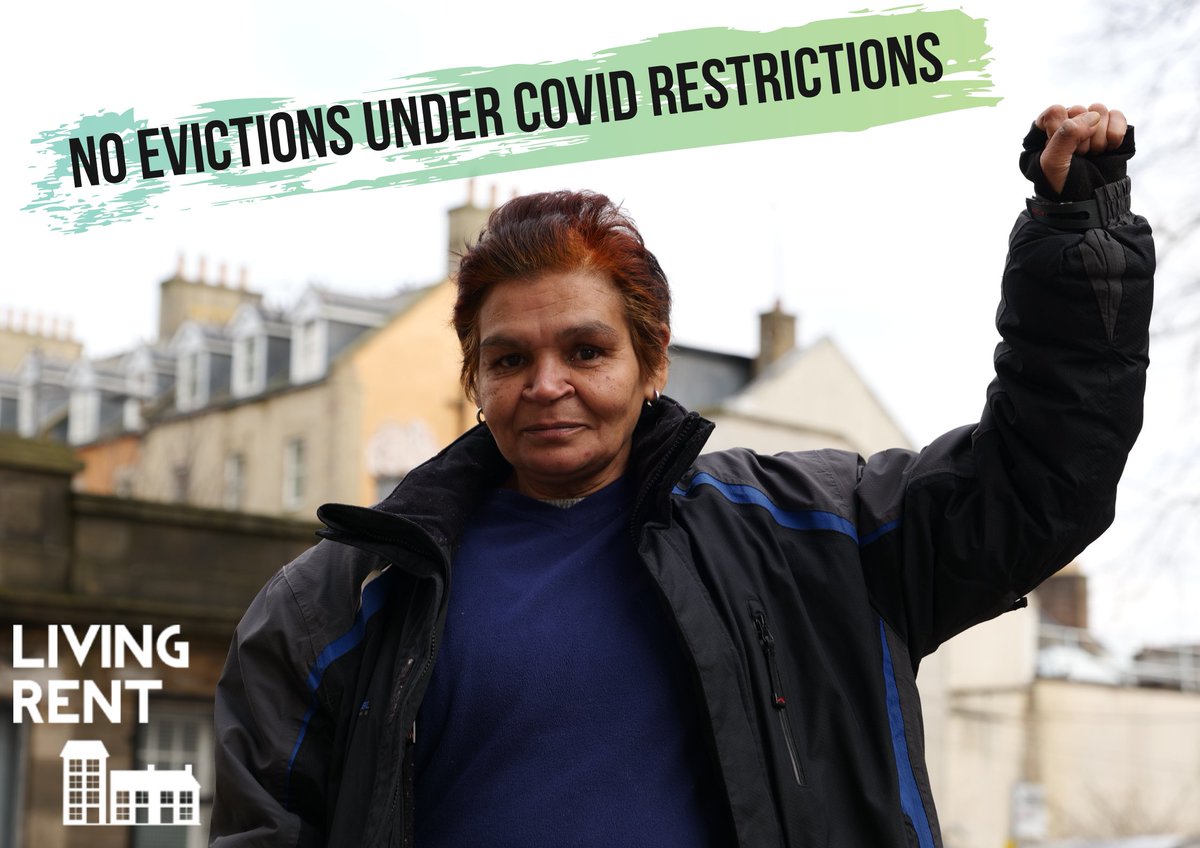 During the pandemic, members and tenants have been at the forefront of fighting against evictions and ensuring that no one would be made homeless in the midst of a pandemic.

Members first won the first eviction ban in Scotland's history in March 2020. Since, we have been organising up and down the country to get these protections extended.

From September 2020 until March 2021, members supported each other when threatened with eviction, won a further ban of evictions from the 9th of December and managed to get it extend in January 2021 and then again in March 2021 to ensure that no tenants would evicted during a pandemic.

After the intial ban of three months in March 2020, tribunals were re-opened in Scotland in July 2020, with complex rules around the length of notices and sheriff powers being tied to the level of restriction each area was in. This meant in practice that tenants could still be evicted. As winter approached and the pandemic entailed tighter and tighter restrictions throughout Scotland, tenants were again threatened with evictions, at the mercy of a change of Tiers.

In December, our members and allies across Scotland used direct collective action to win a real eviction ban until the winter ended and restrictions eased. Working from the ground up, members supported each other around evictions and ensure that no one would be made homeless during a pandemic. We got together with our neighbours, planned eviction resistance and pushed elected representatives to stand up for tenants, and genuinely protect us from eviction.

See our member talking about this here:

Since, we have continued to support each other locally to fight back against any illegal eviction, to push the ban of eviction and articulate our demands going forward around how to genuinely protect all tenants from evictions.

In January 2021, on the eve of the eviction ban being lifted, we made the case again for it to be extended given the national lockdown and several strain of Covid-19 in Scotland. In March 2021, we organised again for these protections to be continued as Parliament recess approached.

Our members have now heared that the eviction ban won by Living Rent and our allies in December has now been extended until 30th September this year!

That would mean no sheriff officer can legally come to anyone's door to issue a eviction order or evict a tenant until September 2021. We believe this is much needed respite for tenants who can now settle down and hopefully protect and recover from the pandemic in the safety of their homes.

There is no final victory here though. So many tenants still sit on social and council housing waiting lists that will keep them without secure housing for years. Tenants are told they need to pay full rent, with social rents hiked above inflation and private rents through the roof.
The fight for decent, secure, affordable housing goes on. Living Rent will be leading the fight.