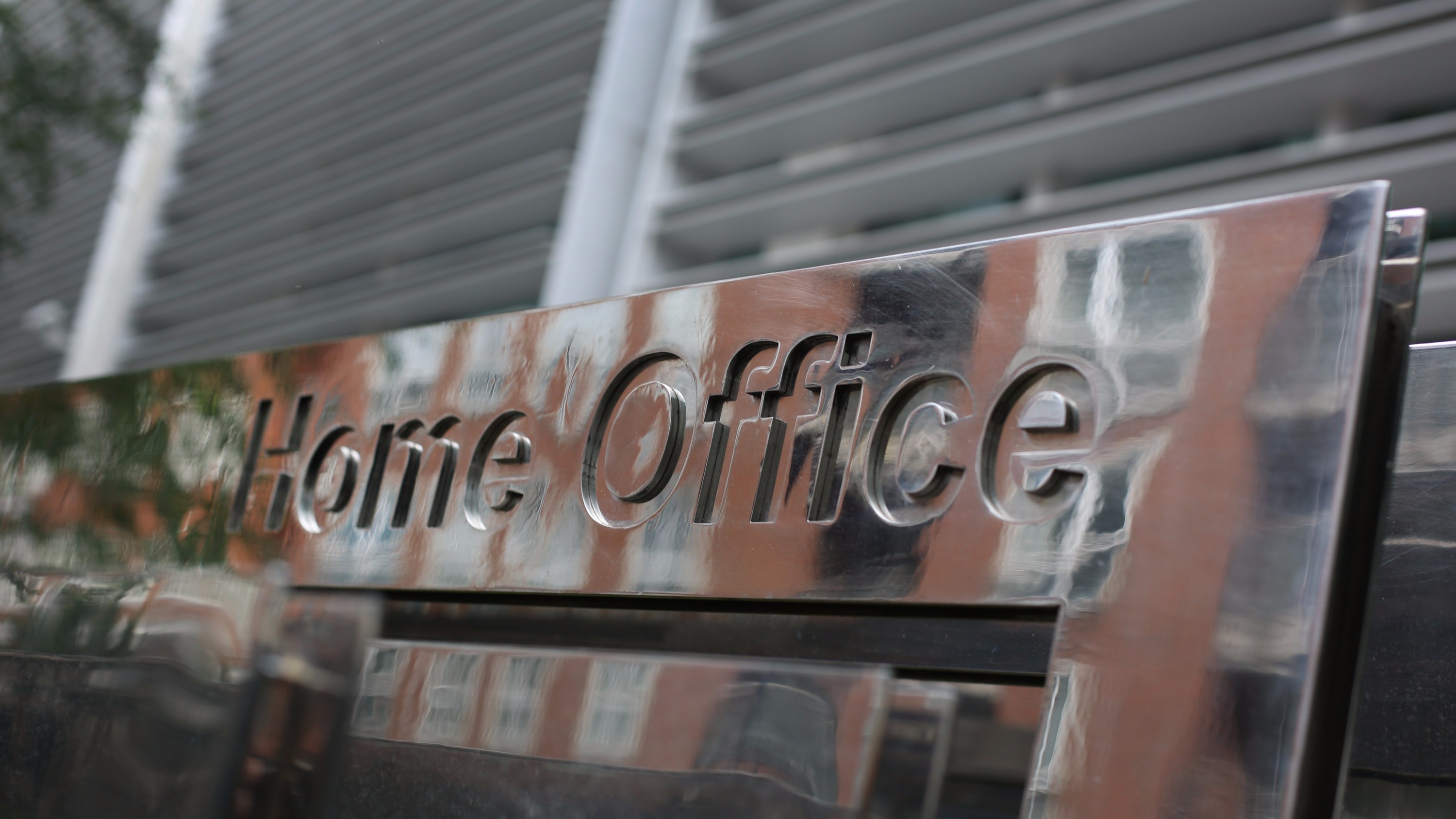 It has been reported that tenants living in Serco properties received further threats of eviction on Christmas eve. If these reports are true, it would appear Serco issued them as a form of intimidation. Living Rent has learned separately that several tenants have had their access to utilities such as electricity severely restricted by the company. All this comes after a Home affairs committee report heavily criticised contractors including Serco (as well as G4S, Clearsprings and it's Home Office regulators) for failing to meet basic needs of asylum seekers across the UK. This report in December  showed that overall 43% of properties where asylum seekers were housed in the UK were not fit for purpose. Including 561 cases where accommodation was ‘uninhabitable or unsafe’.

Living Rent along with many others have campaigned to oppose Serco where they have put people’s lives at risk in the name of profit and under the protection of the Home Office. In a recent turn of events, yesterday it was announced that Serco lost their bid with the Home Office to extend their current asylum seeker accommodation contract in Scotland. With Serco’s reputation in Scotland exposed, the company Mears Group will take over later in 2019.

So what has changed? And what next?

This is significant because It raises an important moment for change here in Glasgow. However, little is known about how Mears will handle the ongoing housing of Asylum seekers and wether they will cooperate with Local Authorities. Many fear that the new contracts don’t offer much real change in terms of future asylum seekers' right to housing.

With everything that has happened it is essential now, more than ever to take a stand against Serco and it's policy of mass evictions....

...In the next month the legal case brought against the company Serco is due to conclude. With the outcome still uncertain as to whether they will implement a policy of lock changes, Serco may have lost their future contract but they are still pursuing evictions in the coming weeks. Hundreds of tenants remain at risk of being made homeless from Serco properties and that number is growing.

Our tenant's union is calling on its members and supporters to be organised and ready to take action and prevent evictions if the company succeeds in court.

We are setting up organising teams to resist evictions and spread news of actions in key areas. Details of how you can get involved are below:

1. We need more supporters to prevent evictions as the court date looms. Stay updated. Add your support here and become part of our citywide organising team: https://www.livingrent.org/sercoplease pass this link onto friends and relatives to join.

2. We will be running stalls and meetings in the following areas, if you can join on any of the dates

Email [email protected] or message Living Rent Glasgow on our on Facebook.

3. We need volunteers for phone banking, to call our existing supporter base and invite them to actions and events. Phone banking will be Monday 14th, 21st and 28th, 6 - 8pm City centre venue. Email [email protected] or message Living Rent Glasgow on our on facebook if you can spare 1 or 2 hours, we will give updates and training, refreshments and food available.

The current difficulties faced by all renters as a result of austerity, welfare reform and pressures on local homelessness services in the city, make Living Rent’s position clear :

“We are calling for resistance to all evictions by any and all means necessary.

We are calling for absolute opposition to forced destitution and homelessness on our streets. We are calling on all landlords, housing associations, councillors, social services or any other body in Scotland not to accommodate Serco’s mass eviction policy in any way.”

Over the past months our Union has been gathering new members. In November and December of last year, residents told us again and again that they do not believe anyone should be made homeless. Or as one tenant we spoke to just before Christmas put it:

‘This is an absolute disgrace, I wouldn’t want to see any of my neighbours evicted no matter what their status is’ 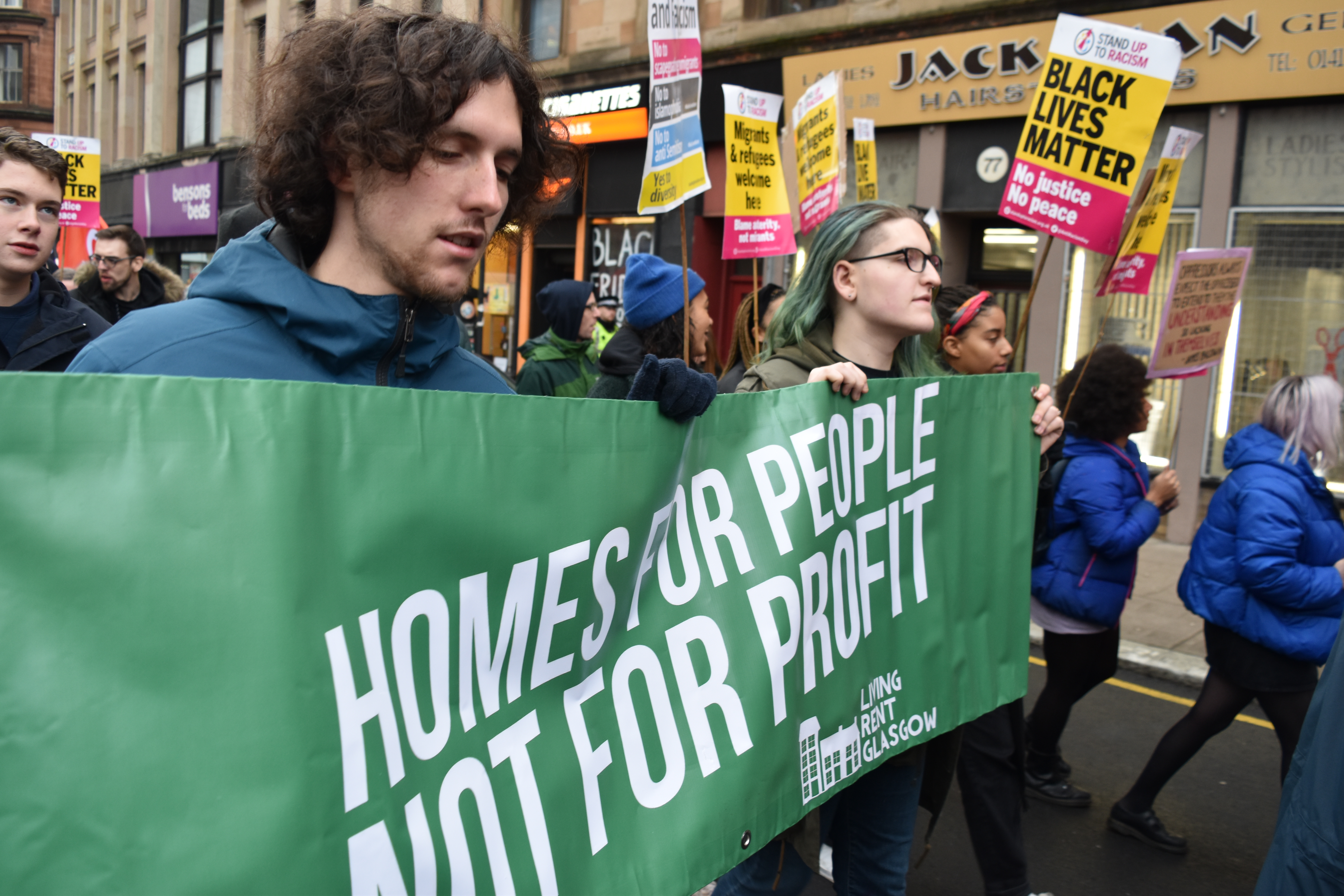 For more information on this campaign:

It has been 6 months since Serco, the company contracted by the Home Office to house asylum seekers in Glasgow, threatened to evict more than 330 people who were asylum seekers and refugees. In an article back in August 2018 Living Rent member George detailed the public outcry and mass mobilisation against evictions you can read it here: Serco article.

Since this time the  the Home office has been repeatedly criticised by councillors and members of parliament over issues with the dispersal scheme management,  unacceptable accommodation contracts drawn up behind closed doors, a lack of accountability, and a refusal to distribute funding to support vulnerable people when they become destitute, homeless and fall through the cracks of the system.

Serco and the Home Office are currently undergoing a legal challenge in the Scottish court of sessions, which has forced them to pause plans to carry out evictions. The challenge was brought by the Govan Law Centre on the grounds that of changing locks to force evictions was without 'due legal process'.The case is expected to conclude in early January 2019. Serco justifies that it is simply honouring it’s contract and levels blame on the Government for not having additional support for asylum seekers whose claims have failed. Time is running out and the situation is unacceptable.