Why members of Living Rent Gorgie/Dalry are objecting the development of Tynecastle High School by property developers.

The Old Tynecastle High School is a B-listed conservation building on Macleod Street in Gorgie. It served as the high school from 1912 until 2009 when the school relocated to a new building across the road. It has been unoccupied since 2009 and, therefore, has fallen into some disrepair. Nevertheless, it remains a handsome building with a lot of character. Long-term residents in Gorgie remember when the school was open and active, a hub for evening and after-school activities. It is located between the North British Distillery on the west, the Hearts Stadium to the south, the West Approach Road on the north, and the new Tynecastle High School and Love Gorgie Farm to the south-east. It could not be more at the heart of the Gorgie community. 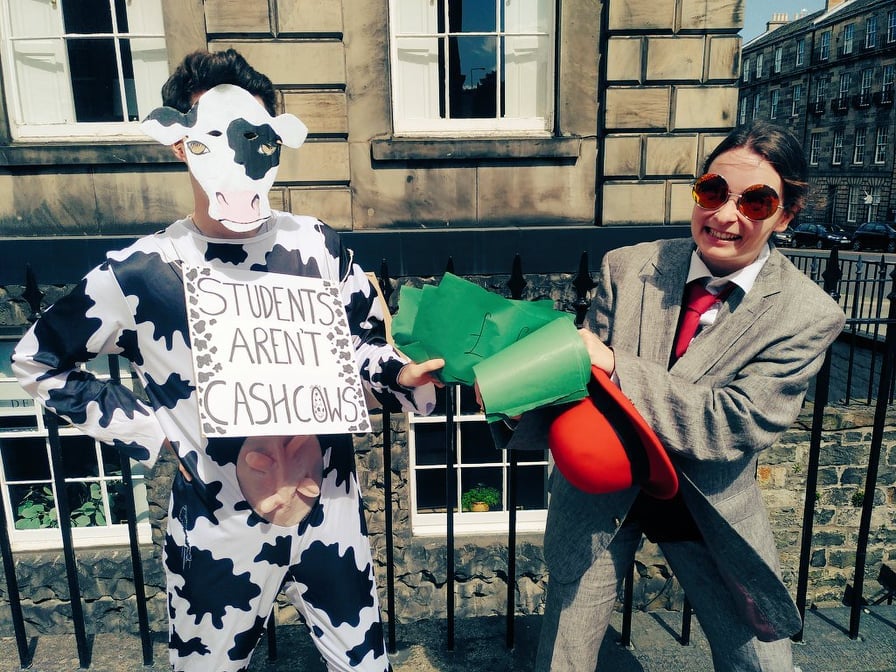 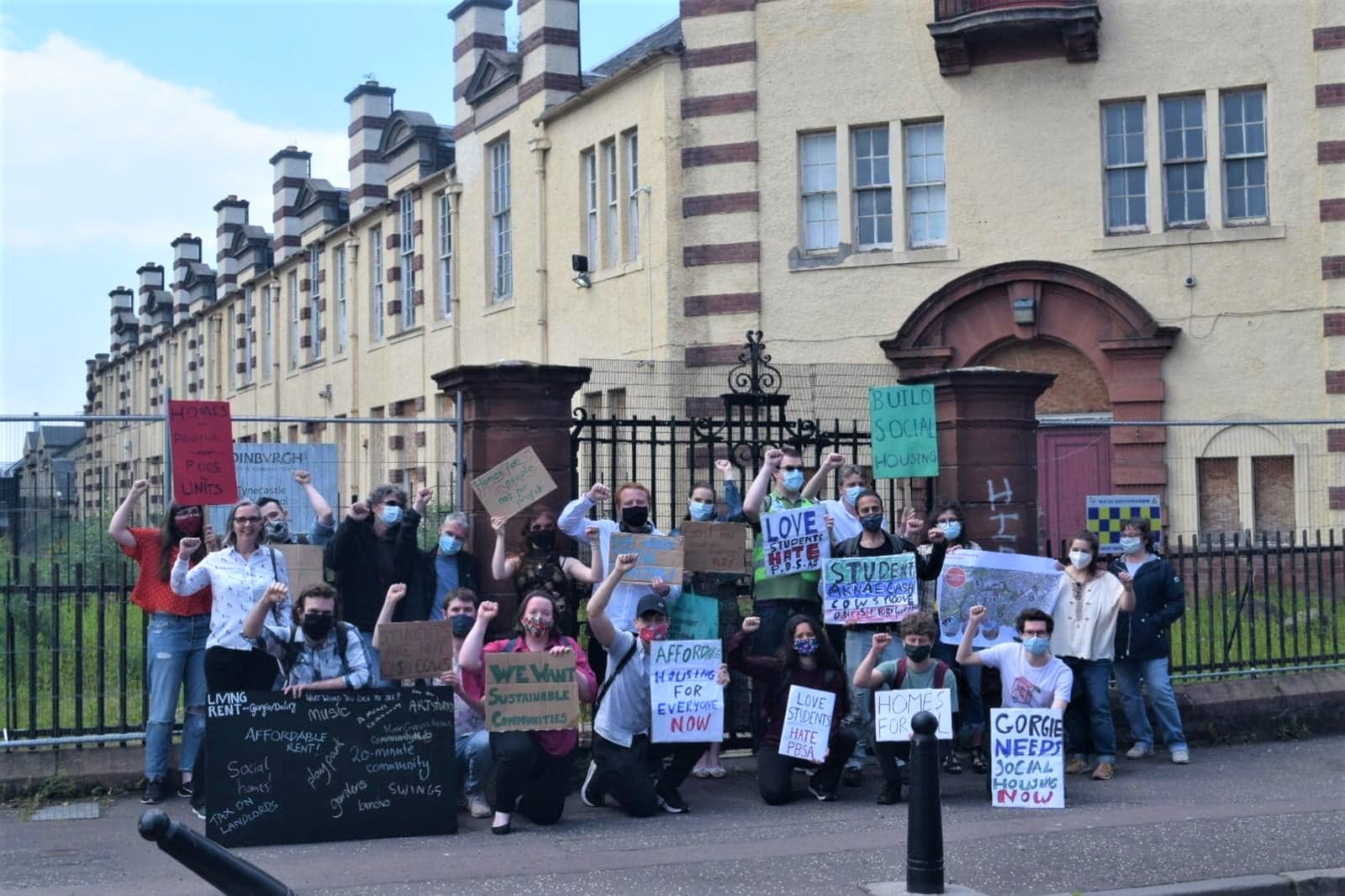 Since S1 Development (owned by brothers Dan and Shane Teague) submitted a pre-application notice for the Old Tynecastle High School earlier this year, Living Rent Gorgie-Dalry has tried to engage the developer in discussion about the site. We have sent emails to their consultation email address and to personal email addresses; we have hand-delivered letters to their office; we have invited them to an open meeting to discuss the development; we have been refused entry to their office when we tried to deliver an invitation to a meeting. We have attended Community Council meetings with the developer where they said that the ‘tone’ of our communications was the obstacle to their engagement with us. They wished to consult with and hear from the community, as long as the community was telling them what they wanted to hear. They wanted to hear that people wanted the 545-bed purpose-built student accommodation (PBSA) they proposed. We are the community, we have spoken to the community, and we are here to tell them otherwise.

According to Dan and Shane Teague, the Old Tynecastle’s High School’s location makes it unsuitable for a long-term residential development but perfect for a short-term residential development. Why? They argue that it is because the noise and air pollution in the environment are such that no self-respecting private buyer could possibly want to live on the site. Yet, their own application makes it clear that the site is safe for a long-term residential development. The true reason more likely lies in the market: the average asking price of a one-bed apartment in Gorgie is nearly £100,000 below the city average; Dan and Shane Teague fear they will not extract enough profit from their investment. We do not believe it is the city’s responsibility, or our responsibility, to maximise developers’ profit. According to the 2009 Sunday Times Rich List, the Teagues will manage just fine with a little less profit.

What should we have instead?

We do not object to students. We object to students being treated like cash cows. PBSAs are built to lower housing standards and specifications than any other kind of housing in Scotland. PBSAs charge students 2-3 times the average private rent in Edinburgh, and PBSA management companies tend to be owned by international investors across the globe. PBSAs have proven disastrous for students’ health and public health during the pandemic. Everyone, students and non-students, deserves a home built to decent standards.

So, to conclude: Living Rent Gorgie-Dalry branch objects to the redevelopment of the Old Tynecastle High School as a 545-bed Purpose-Built Student Accommodation (PBSA). We object to the construction of yet another high-density, low-quality housing development in Edinburgh that charges exorbitant rent to students and traps them in fixed-term tenancy agreements with no option of ending their tenancy early. We object to the ongoing sell-off of public lands and buildings from public ownership and their redevelopment as luxury builds, such as Boroughmuir High School, and PBSAs, such as this one. The people of Gorgie deserve better.

The Old Tynecastle High School illustrates many of the problems with Scotland’s planning system and approach to housing. We need to regulate the student housing sector and bring it in line with the rest of the private sector. We need to increase transparency and democracy in our planning processes. We need councillors and MSPs who will understand and act on the needs of their constituents. Living Rent has fought for and won material gains for tenants and communities time and time again, and will continue to do so.

Because we know that ordinary people have the power to make real change.

Sign the objection petition. Contact us [email protected] if you want help submitting an objection on the City of Edinburgh’s planning portal.

Join Living Rent and help make those changes a reality.